"And Because Lawlessness Will Be Increased..." 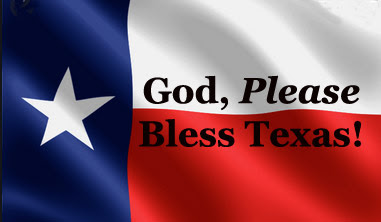 I'm going to go right to the heart of the matter ... it is time for all who are Warriors for Christ to get in the game. I dare to say that there is not a citizen of this nation that is not aware that we are on the precipice of a dangerous season in our history. And there has been a phrase that has been circulating among the secular citizenry as well as the faithful ... "As goes Texas, so goes the nation. And as the nation goes, so goes the world." I happen to subscribe to the truth of that statement -- both politically and spiritually.

I know that Texas is a bastion of faith and prayer. I know that there is a spiritual movement across this wide and great state that is in relentless battle with the Enemy for the soul and spirit of this republic. And I see the first aggressive act on the part of the Enemy to gain ground for his infiltration.

Over the last couple of weeks, BLM and Antifa tried unsuccessfully to instigate the same kinds of rioting and destruction in Austin that they implemented in Portland and Seattle. They bussed people into our state capital, after one of their protestors approached a car in an intersection with a pointed rifle and was shot by the driver and killed. While still under investigation, initial reports are declaring the shooting justified. And I say "unsuccessfully instigating destruction", because the word went out across prayer networks to stand together in opposition to this kind of chaos. As Antifa plotted to take over the city by blocking the interstate and shutting down businesses, Spiritual Leaders came alongside the Austin Police Department and prayed with them for deliverance from mayhem, and the police were able to peacefully stop anything that resembled what we've all been seeing splashed across our TV screens for the last 70 days or so.

Yet, did you see that success story of lawful intervention reported on any of the news networks or news outlets on the internet? No! The spirit of Anti-Christ does not want that message shared across the nation! It only wants to spread images of upheaval, anarchy, and lawlessness. Yet, the faithful in Texas have been praising God for this victory and trusting Him that He will help Texas to be a stronghold for Him in these lawless days.

So, I'm sad to say that the headline today in the state of Texas is this: Texas Governor Greg Abbott Slammed the Austin City Council for its Decision to Strip $150 Million From the Capital City's Police Department. Governor Abbott said in a written statement, "Austin's decision puts the brave men and women of the Austin Police Department and their families at greater risk, and paves the way for lawlessness".

My spirit was instantly on alert! You see, I know the significance of lawlessness. The Bible makes it very clear, and Jesus had a lot to say about it. At its root, lawlessness [in the Bible] is rebellion against God, whether viewed as the condition of your life, or as specific acts that demonstrate a determined refusal to acknowledge God. And for those of you who are interested in eschatology and how the End Times are to play out, the Lord gives a pretty easy-to-follow road map to lawlessness in Matthew 24.

When the Disciples want to know what the signs of His Coming and the end of the age will be, He tells them not to listen to all the men who come claiming to be Him; and not to get too caught up in the wars and rumors of wars-- those have to happen as kings and nations fight among themselves. He said famines and earthquakes are to be expected, but all of that will be like the false contractions that a mother feels as her child prepares to be born -- warning signs of an impending event; in the case of lawlessness, a period of tribulation that will be coming upon the earth.

And when that tribulation starts we should expect to be persecuted and hated for our identity in Christ, even among our fellow Christians. Jesus doesn't state it, but there will be great fear among men on the earth. Even the faithful will stumble in their faith, and betray one another and hate one another. And among all people there will be many false prophets and leaders. And this false leadership will cause lawlessness to increase and the love of many will grow cold. The essence and nature of God is love, so that tells me that many will abandon any connection to Him in their mind, soul, or spirit. The fire of the heart connection to God will be extinguished and their heart will be cold and hostile to Him.

Paul tells us in Romans 1:28-29 that "since they did not see fit to acknowledge God or consider Him worth knowing [as their Creator], God gave them over to a depraved mind, to do things which are improper and repulsive, until they were filled (permeated, saturated) with every kind of unrighteousness, wickedness, greed, evil; full of envy, murder, strife, deceit, malice and mean-spiritedness." This is the very picture of what we are seeing on the nightly news in Portland, Seattle, and now Chicago! We are seeing lawlessness exhibited as stores are looted and burned; Louis Vuitton purses are justified as "reparations". It's nothing more than unrighteousness and greed. Lawlessness is depicted in the innocent people who have been killed in the name of "peaceful protests". Let's call it what it is: murder and evil. Lawlessness is portrayed in the destruction of honest and law-abiding businesses in the wake of the chaos. That's a picture of malice and mean-spiritedness.

But we can take heart, even in the midst of the bad news! Jesus tells us all this will happen. Then He gives us Hope! "But the one who endures to the end will be saved". He's not talking about saved in the sense of a Salvation experience. He's talking about a future deliverance of Believers; a deliverance from the wrath of God that will be executed upon the ungodly at the close of this age, and from eternal death and doom. That's why Jesus's very next sentence is "And this gospel of the kingdom will be proclaimed throughout the whole world as a testimony to all nations, and then the end will come"... the end of this age of lawlessness.

So, although I am a realist, and I believe what the Bible says will happen (and because I see it before my own eyes), I am also full of hope that Jesus is hearing our prayers here in Texas. And along with the Holy Spirit, He is interceding for us [in prayer] according to the will of God. And I know it is not God's will for Texas to give in to lawlessness! Jesus and Holy Spirit not only stand beside us in our battle, but they stand in the gap for us when we feel weak, until we are again strengthened by their Might to take our place on the wall again.

And I pray for our Governor that he will be fortified by the Lord because I also believe that Texas will be a battleground between God's Heavenly Host and Satan's demonic hordes. If the survival of the nation and the world truly depend on Texas, we must be led by a man who relies on the Lord. And I am hoping that Governor Abbot's statement about lawlessness and that, "In the meantime, the Texas Department of Safety will stand in the gap to protect our city" portends a Biblical understanding of the importance of Texas's response in these wicked days. Please join us here in Texas as we fight for the Lord and for our nation. Thy Kingdom Come, Thy Will Be Done, On Earth As It Is In Heaven!

Psalm 18:48-49   He rescues me from my enemies; He lifts me up high and keeps me out of reach, far from the grasp of my violent foe. This is why I thank God with high praises! I will sing my song to the Highest God, so all among the nations will hear me.