Now Is The Time For "Abiding"! 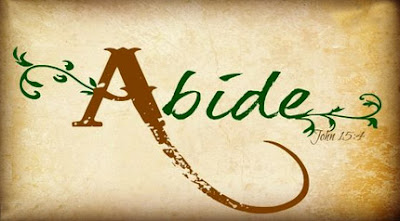 Email ThisBlogThis!Share to TwitterShare to FacebookShare to Pinterest
Labels: Discernment, Encouragement, Freedom In Christ, God's Revelation, Keys of the Kingdom