The Oppportunity We Have To Disciple The Next Generation 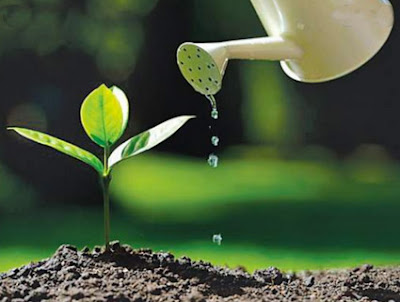 I will admit that this is going to be a rather broad topic, as so many thoughts are running through my mind. I want to begin by defining what "Discipling" means to me. Whether the term is applied secularly or theologically, I interpret it to mean equipping and training; preparing minds and hearts for a specific purpose; and even going so far as teaching/instructing in specific skills.
It goes without saying that my mind gravitates to our Lord's command to "Go therefore and make disciples of all nations, baptizing them in the name of the Father and of the Son and of the Holy Spirit, teaching them to observe all that I have commanded you." Discipleship is obviously a priority for Jesus. And it is a theme that I continue to stress to everyone who comes to us for Inner Healing. Yes, Freedom in Christ is the goal for each person who needs to be healed from the wounds in their life, but without taking the time to disciple them in how to keep that freedom, we would be doing them a disservice. The problem is, in those first moments of glorious freedom, they often don't listen or remember those instructions as the days progress. So, we make ourselves available for continued discipling as the Beloved matures in their freedom.
But, the need for discipling runs beyond our ministry. In fact, I am often disheartened at the lack of it that I see in our churches and our families. And there is a cost to the failure to disciple. I want to share a post that is making the rounds on Facebook. Maybe you've seen it. And whether it is a true account or not, I think it highlights the toll we've paid in our generations for not properly discipling...

The post reads like this: "I talked with an 80+ year-old man today and asked if there was anything I could get him while this Corona virus scare was gripping America. He simply smiled, looked away and said: 'Let me tell you what I need! I need to believe that it is safe to hand this country that my generation fought for over to this current generation! I need to know that this generation will quit being a bunch of sissies... that they respect what they've been given... that they've earned what others sacrificed for.' "
He continued, "You know, I was a little boy during WWII. Those were scary days. We didn't know if we were going to be speaking English, German, or Japanese at the end of the war. There was no certainty, no guarantees. And no home went without sacrifice or loss. Every house, up and down every street, had someone in harm's way. Sometimes it was the whole damn family -- fathers, sons, uncles -- they all went to war. Having someone you love sent off to war wasn't less frightening than it is today. It was scary as hell! If anything, it was more frightening. We didn't have battle front news. We didn't have email or cell phones. You sent them away and you hoped and prayed. You may not hear from them for months, if ever. Sometimes a mother was getting her son's letters the same day that Dad was comforting her over that child's death.
And we sacrificed. You couldn't buy things. Everything was rationed. You were only allowed so much milk per month; only so much bread; so much toilet paper. EVERYTHING was restricted for the war effort. And what you weren't using, what you didn't need, things you threw away, they were saved and sorted for the war effort. My generation was the original recycling movement in America.
And we had viruses back then, too... serious viruses. Things like polio, measles, and such. It was nothing to walk to school and pass a house or two that was quarantined. We didn't shut down our schools. We didn't shut down our cities. We carried on, without masks, without hand sanitizer. And do you know what? We persevered. We overcame. We didn't attack our President, we came together. Thick or thin, we were in it to win. And we would lose more boys in an hour than we lose in entire wars today.
Today's kids don't know sacrifice. They think a sacrifice is not having coverage on their phone while they freely drive across the country. Today's kids are selfish and spoiled. In my generation, we looked out for our elders. We helped out with single moms who's husbands were either at war or dead from war. Today's kids rush to the store, buying everything they can ... no concern for anyone but themselves. It's shameful the way Americans behave these days. None of them deserve the sacrifices their granddads made.
So, no I don't need anything. I appreciate your offer, but I know I've been through worse things than this virus. But maybe I should be asking you, what can I do to help you? Do you have enough pop to get through this, enough steak? Will you be able to survive with 113 channels on your TV?"
I was humbled by an 80+ year-old man today. I will never understand the sacrifices, or do enough to earn them. But maybe we should work harder to learn from men like him, and to respect what they have to teach us.

Kind of struck a nerve, didn't it? And it begs the question ... have we properly equipped and trained and instructed this next generation to walk not only in humility and self-sacrifice, but to observe all the ways that Jesus commands? Have our churches done their job to "equip the saints for the work of ministry, for building up the body of Christ, until we all attain to the unity of the faith and of the knowledge of the Son of God, to mature manhood, to the measure of the stature of the fullness of Christ, so that we may no longer be children, tossed to and fro by the waves and carried about by every wind of doctrine, by human cunning, by craftiness in deceitful schemes. Rather, speaking the truth in love, we are to grow up in every way into him who is the head, into Christ, from whom the whole body, joined and held together by every joint with which it is equipped, when each part is working properly, makes the body grow so that it builds itself up in love?"
Or, like the generation the old man talked about, are our churches focused on self-aggrandizement -- increasing their numbers, their wealth, and their status? Have we really prepared the next generation of Christians for what it means to be overcomers? Have we taught them that Jesus says we will have tribulation in the world? Have we equipped them to move from milk to meat? Will they be able to stand, and then be able to do everything possible, so that they can remain standing?
Lest you think we are the only generations to have dropped the ball in discipling the next one, the Bible is full of examples of generations who did not learn from the previous; either because they rejected the ways of their forefathers, or were not properly trained up. A new generation of Egyptians forgot that the God of Israel had saved them from starvation through the foresight of Joseph, and they enslaved the Israelites living among them. And Judges 2:10-15 records, "another generation arose who did not know the Lord nor the work which He had done for Israel. Then the children of Israel did evil in the sight of the Lord ... and they forsook the Lord God of their fathers and served the Baals. And they abandoned the Lord, the God of their fathers, who had brought them out of the land of Egypt. They went after other gods, from among the gods of the peoples who were around them, and bowed down to them." Even the great warrior Joshua did not prepare the next generation to properly lead Israel after his death. Israel's leaders compromised with their enemies, and evil influences crept in, leading to worship of false gods.
We have such a huge opportunity to disciple this next generation! Let's not get so preoccupied with our fears and our struggles during this Corona virus outbreak that we fail to equip and train the younger generation to see what God has called them to do; that they have a higher purpose than the latest version of iPhone, and how many followers they have on the internet. Let us instruct them that they have a destiny written on a scroll in Heaven and encourage them to go after that destiny. We need to equip and train them to grow in their spiritual gifts, and we need to invest more of ourselves in their lives.
I do not think it is a coincidence that the generations are having to rely on each other more during this time of "social distancing". Families may find themselves coming together to survive physically, economically, and most importantly, spiritually. Do not let these opportunities go to waste! Church doors are closed, so fathers can step into their proper role and lead their families closer to God. It's a time to step away from our selfish desires and see to the needs of others, especially our elders. There is much to learn from them about our family histories. And lastly, let us take the opportunity to return to a recognition that we need God. This Corona virus threatens our basic needs. We know we can't survive without water to drink or food to eat. But we need not worry about our sustenance because our Father in Heaven generously offers the Bread of Life and Living Water. He will meet all our needs if we just realize we need Him and not the temptations of the world. Step into His Kingdom way of living; take the time to teach and equip and train the next generation during this time of slow-down. It is a responsibility that in due season, will bear great fruit.

Psalm 145:3-4    Great is the Lord, and greatly to be praised, and His greatness is unsearchable. One generation shall commend Your works to another, and shall declare Your mighty acts.
Posted by Pam Kohler at 6:30 AM

Email ThisBlogThis!Share to TwitterShare to FacebookShare to Pinterest
Labels: Discipleship