The Religious Police vs Kingdom Citizens

Oh, boy, I'm sure that this post will not win friends or influence people, but I feel it is time to take a stand. So here goes ... I am seeing a growing chasm between Christians; namely those in the camp I will call Reformers and those in the Kingdom camp. And I have to say that the rhetoric from the Reformer camp is getting uglier and more divisive. The articles on one of their more prominent websites, pulpitandpen.org, show me that they have designated themselves as the heresy police of Christianity. They decide who is a "real Christian" and who is not; often using Scripture sporadically, broadly, and frequently out of context. Furthermore, they categorize anyone who is Kingdom-minded as members of the NAR (New Apostolic Reformation). 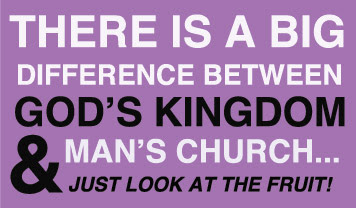 I will admit that I do not align myself with the NAR either, as I have discerned many of their adherents seem to be chasing prophetic gifts and titles. However, just because I am not so inclined, it does not mean that I condemn them or give individual pastors and teachers no credibility. I will leave the final judgment of their fruitfulness up to the Lord. As long as I see fruit from a group or movement, I join my husband in deciding to "eat the meat and spit out the bones" -- agree with what I see as fruit-bearing activity, and disregard areas that my spirit challenges. Not so, the Pulpit and Pen crowd.
Their latest tirade is against Bethel Church and their attempt to resurrect a two-year-old child of one of their members through prayer. Here is some of what they wrote in an article entitled, Bethel 'Dead Raising Team' Fails To Save 2-Year Old:  "Of course, Bethel Church does not have the power to raise the dead. This is not the Apostolic age, and there are no Apostles or prophets (because we have the written word of God, (Hebrews 1:1-2). Some will look at this article and think it is cruel. Compare it to the actions of Jenn Johnson [worship leader and preacher at Bethel], publicly calling for this poor baby girl to be raised from the dead, giving her parents false hope and immeasurable pain instead of being content in 2 Corinthians 5:8, that for this child to be absent from the body is to be present with the Lord. Instead of giving hope in the coming resurrection, they sell false promises. They are wicked, and Jenn Johnson should shut her evil mouth."
WOW! Is that showing the love of Christ from one Christian to another? Is this the image of Christians that "the Church" wants to show the world? Or do these people more accurately resemble the religious Pharisees of the Bible? To be honest with you, it doesn't surprise me that this condemning language came from this website, one of the most outspoken of the Reformers. They have a history of defaming women who dare to declare themselves representatives of the Lord.
Another of their articles titled, Are Women-Only Gatherings Biblical? Thoughts from John Bunyan, reads [in part] like this: "Essentially  [Bunyan's] argument is that prayer is – at its heart – doctrinal. Corporate, public prayer should contain doctrine and teach doctrine." The writer of the article [who is also the publisher of Pulpit & Pen] goes on to quote many of John Bunyan's opinions on the subject, but let me give you the condensed version as I surmised it ... Prayer is a serious business with doctrine at its center, and "there's no way to teach doctrine without authority". But look how they define who is entitled to walk in authority: "in a godly church where doctrine is closely checked and the pasture dutifully guarded, the calling of studies or prayer meeting or conferences – and their oversight – belong to the men commissioned for the office of pastor" ... therefore, it should not be led by whom the Holy Spirit calls the “weaker vessel.”
So, it should not be surprising that Jenn Johnson, being a woman in what they see as an unbiblical position of preacher, should be their latest target. But I have a few things to say about both these articles. First, in regards to Bethel's attempt to resurrect a child who had tragically passed away, our Lord commissioned us to do just that! In Matthew 10:7-8, Jesus tells the Disciples, And as you go, preach this message: ‘Heaven’s kingdom realm is accessible, close enough to touch.’  You must continually bring healing to lepers and to those who are sick, and make it your habit to break off the demonic presence from people, and raise the dead back to life. Freely you have received the power of the kingdom, so freely release it to others.
Now, I know the Reformers will say those instructions were given only to the Twelve Disciples and not to us. NOWHERE does Scripture say that! That is man-made doctrine called Cessationism. In fact, in what is called The Great Commission in Matthew 28, Jesus tells the Disciples, “All authority has been given to Me in heaven and on earth. Go therefore and make disciples of all the nations, baptizing them in the name of the Father and the Son and the Holy Spirit, teaching them to observe all that I commanded you; and lo, I am with you always, even to the end of the age.”
Follow this with His declaration in Luke 10:19,  Now you understand that I have imparted to you all my authority to trample over his kingdom. You will trample upon every demon before you and overcome every power Satan possesses. Absolutely nothing will be able to harm you as you walk in this authority. Follow that with John 14:12, which says, Truly, truly, I say to you, he who believes in Me, the works that I do, he will do also; and greater works than these he will do; because I go to the Father.
Just connect the dots! Disciples of all nations were to be taught to do what Jesus commanded the Twelve, and raising the dead was specifically commanded. Furthermore, He says that He has imparted ALL His authority and those who believe in Him will do the works that He did. Guess what? Raising the dead was part of the works he did to defeat the devil, along with casting out demons and healing the physically and spiritually sick. So I'm just a little tired of the ugly and slanderous language towards Christians who are seeking to follow not only Jesus's model, but His specific commandments. 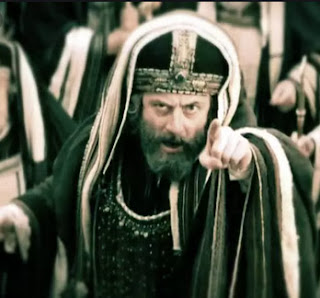 Secondly, the attacks on women as not being qualified to speak for Christ is also not biblically sound. And to quote the writings of a non-biblical source (John Bunyon) as truth is a little hypocritical, don't you think? And the writer/publisher shows his disingenuous intent when he asks at the end of the article, “Why? Why do we feel like women-only gatherings are obligatory or essential to our spiritual growth?” As a woman, I have never stated that I felt women's Bible studies were either obligatory or essential -- anymore than I think men's Bible studies are. As a matter of fact, I'm for any group of people who wish to gather together in search of Scripture's truth.
What I find burdensome and troublesome are self-appointed arbiters of what Christianity is supposed to look like. God inspired Scripture as His Holy Word. But when men decide they can re-interpret it according to their man-made doctrine, then differences of opinion are going to arise. Those differences are not inherently heretical. (Think "eat the meat and spit out the bones" -- as long as your spirit discerns there is nothing anti-Christ in the presentation). But Jesus never called for a religion. He commanded us to do what He did. He never said "Adopt this doctrine". And the Bible Study Tools website says "Doctrine is scriptural teaching on theological truths." But whose truths? Jesus's or John Bunyon or Pulpit & Pen or Jenn Johnson? It seems to me that it's important, as a follower of Jesus, to determine whose teachings line up with His.
And to call fellow believer's heretics or tell them to shut their evil mouths doesn't line up with Jesus's heart. And I just have to say that in the end, it all comes back to the fruit. Both camps are Saved and love Jesus. But only one camp is going to inherit the Kingdom. In Matthew 7, Jesus warns of pretenders ... Not everyone who says to me, ‘Lord, Lord,’ will enter into the realm of heaven’s kingdom. It is only those who persist in doing the will of my heavenly Father. On the day of judgment many will say to me, ‘Lord, Lord, don’t you remember us? Didn’t we prophesy in your name? Didn’t we cast out demons and do many miracles for the sake of your name?’ But I will have to say to them, ‘Go away from me, you lawless rebels! I’ve never been joined to you! ... Everyone who hears my teaching and applies it to his life can be compared to a wise man who built his house on an unshakable foundation... But everyone who hears my teaching and does not apply it to his life can be compared to a foolish man who built his house on sand..."
The Kingdom of God on earth is built on the foundation of those who followed Jesus and did what He did, which was the will of the Father. Before we condemn each other for being heretical, perhaps we should see if they are following Jesus's teachings -- not John Bunyon's; not John Calvin's; not Bill Johnson's; not mine, nor any man or woman's personal doctrine. Jesus is the model and we are clearly instructed to follow His teachings!

Matthew 25:34     "Then the King will say to those on His right, ‘Come, you who are blessed of My Father, inherit the kingdom prepared for you from the foundation of the world."
Posted by Pam Kohler at 6:30 AM

Email ThisBlogThis!Share to TwitterShare to FacebookShare to Pinterest
Labels: Religious Spirit, The Kingdom of God