How Far Are You From The Kingdom of God? 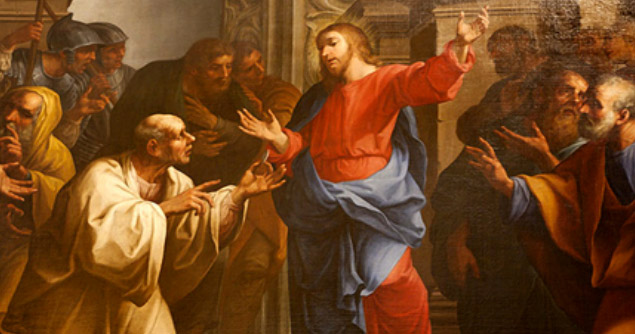 I love to revisit my posts to see how my theology has changed, and to see how far God has taken me in my journey. This post was first presented in May, 2017; nearly two-and-a-half years ago. I'm happy that I was seeing the Kingdom of God, but my spiritual vision was still a little blurry. So, I'm going to revise it to include the new revelation(s) that the Lord has shown me.
The post is based on Mark 12:33-34, which says, "... And to love Him with all the heart and with all the understanding and with all the strength, and to love one's neighbor as oneself, is much more than all whole burnt offerings and sacrifices.” And when Jesus saw that he answered wisely, He said to him, “You are not far from the kingdom of God.”
It's important that we look at these verses within the context of the passage. Jesus has made His triumphal entry into Jerusalem, setting the stage for His eventual trial and crucifixion.  He has already thrown the money-changers out of His Father's House, and then the chief priests, scribes, and elders begin questioning His authority to "do these things".  When they cannot answer His question about the Baptism of the Holy Spirit, He refuses to tell them under Whose authority He acts.

Matthew 5:20    "For I tell you, unless your righteousness exceeds that of the scribes and Pharisees, you will never enter the kingdom of heaven."

Email ThisBlogThis!Share to TwitterShare to FacebookShare to Pinterest
Labels: Kingdom of God, Salvation