Why The Church Is Not Christ's Ekklesia 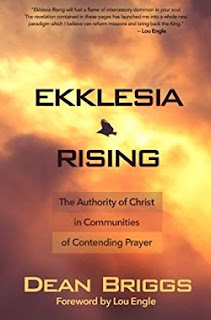 Please don't be offended by the title of this blog post. This is an important discussion that needs to be conducted because it determines how we see our purpose in the Body of Christ. Let me explain.
I have been reading an excellent book by Dean Briggs, titled Ekklesia Rising: The Authority of Christ in Communities of Contending Prayer. I highly recommend it to anyone who is seeking to walk in the power and authority Christ conveyed to us, His followers. It is vitally important that we come to a correct understanding of the Word of God, and Jesus's instructions to us. This means we must agree on how the words "church" and "ekklesia" differ.
I want to be very clear on this matter ... the accepted Greek translation of Matthew 16:18, which is, And I tell you, you are Peter, and on this rock I will build my church, and the gates of hell shall not prevail against it, is more accurately translated in the Aramaic/Hebrew as, I give you the name Peter, a stone. And this truth of who I am will be the bedrock foundation on which I will build my ekklesia—my legislative assembly, and the gates of hell [power of death] will not be able to overpower it!
The problem is, we modern day Christians assign the same meaning to "ekklesia" as we do "church". But they are not even the same word when translated as Jesus intended! "Church" is the word kyriakon, meaning "assembly or congregation". While the literal translation of ekklesia is "to call out", that meaning became associated with "assembling" and became [wrongly] interchangeable  with "church". But isn't the Church an assembly of people, gathered together for the common purpose of worshipping God? What difference does it make if we call ourselves "the Church" or "the Ekklesia"?
Do you see the modifying phrase Jesus uses to describe His ekklesia ... "My legislative assembly"? This had a very specific meaning to Jesus. In using that word "ekklesia" instead of "kyriakon" He is not referencing a religious meaning. Those Jesus was speaking to understood that Ekklesia referenced a legislative body [or ruling council] with expansive authority in determining the affairs of a territory. Theologian William Barclay states that when Jesus declares He will be the foundation of an assembly of called-out followers to rule over Death and the affairs of the earth, "The summons was not to any selected few; it was a summons from [Heaven's government] to every man to come and shoulder his responsibilities; it was a summons from God to every man to come and to listen to and to act on the word of God". Dean Briggs adds, "The responsibilities shouldered by each member came with real and collective power to enforce the will of the ekklesia within the community". That is the real purpose of "the Church"!
This is a very abbreviated explanation of the power of the word "ekklesia", and I hope you get the idea that if "the Church" was truly acting as an "ekklesia", we would be living up to our responsibilities of governing the earth with the will of God in the areas of abortion, sex trafficking, drug cartels, radical sexual agendas, perversion in our entertainment industries, poverty and racism -- all of which bring death to the soul and spirit.  Jesus says, "You are My ekklesia; My government," but instead of being a true ekklesia, we have settled for being "the Church", where we gather together to celebrate Christ, but we don't rule our communities, and we certainly don't enforce His will! 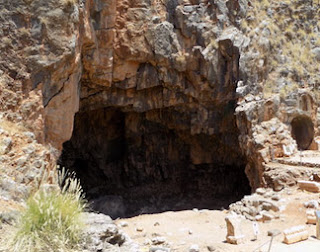 I know that last part of my statement will offend those who see our role as only encompassing love and mercy and compassion. I agree that is to be part of our nature, resembling those characteristics of our Father in Heaven, but in Matthew 16:18 Jesus is not calling for those characteristics. He is calling for us to be aggressive in defeating the power of death by storming the gates of hell! Dean Briggs presents a fascinating question; one that each of us who calls ourselves a Christian should consider: "Why are we seated with Christ on a throne, if we refuse to rule?" He then adds this serious statement: "Our passivity is actually rebellion; perhaps sedition, for it undermines His government. God forgive us"!
You see, in Matthew 16, Jesus deliberately assembled His 12 Disciples at Caesarea Philippi, knowing it was a notorious site known as "the gates of hell", where detestable acts of worship to false gods were committed, including prostitution and sexual interaction between humans and goats. The locals literally believed that the cave located at the foot of a cliff was the gate to the underworld; the gate to Hades [hell].
But Jesus wanted His Disciples to be aware that they were to be His governing body on earth -- His ekklesia. They were not to fear evil such as this, and they were to attack the gates of evil, no matter how fierce the resistance. Furthermore, He told them, I will give you the keys (authority) of the kingdom of heaven; and whatever you bind [forbid, declare to be improper and unlawful] on earth will have [already] been bound in heaven, and whatever you loose [permit, declare lawful] on earth will have [already] been loosed in heaven.
Jesus clearly gave us our ruling authority in Matthew 16, as His ekklesia. But instead, we have become "the Church", wielding little to no power in "determining the affairs" of our communities, our states, our nation. And our society and culture reflect it. Ask yourself this question: Does death, sickness, poverty, child abuse, pornography, or addiction have any voice or influence in Heaven?  We have been given a governing charter by our Sovereign King, and legal authority to forbid these things on earth, or anything that is foreign to Heaven. We are commanded to rule in prayer and authority! If we acted upon our responsibilities and walked in our proper identity as Christ's ekklesia, we could shift the destiny of this nation. We must begin to walk in the strength of our assigned power and authority. We must love our enemies, but we must conquer evil. How do we walk out both sides of that equation? I'll tackle that question in the next post.

Psalm 82:4-6         Your duty is to deliver the poor and the powerless; liberate them from the grasp of the wicked. But you continue in your darkness and ignorance while the foundations of society are shaken to the core! Didn’t I commission you as judges, saying, ‘You are all like gods, since you judge on my behalf. You are all like sons of the Most High, My representatives.’

Email ThisBlogThis!Share to TwitterShare to FacebookShare to Pinterest
Labels: The Church, The Ekklesia