God Is Moving In The Hearts of Men and Women In The Kingdom! 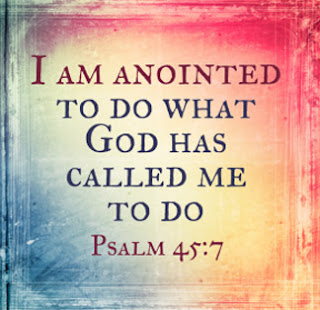 Even as I am writing this, the Holy Spirit is informing me of the Father's will in the matter of obedience to the calling upon the lives of men and women in the Body of Christ. And I want to be careful to present this revelation in His truth; not mine, nor the world's perception.
For awhile now, I have been fortunate to be in the company of mighty women of God; women who have answered the call of God to seek Him more deeply and to walk unconventional paths as they share the Kingdom message. We women have not hesitated to step out boldly and confidently to declare Kingdom living to an oftentimes skeptical Christian audience.
As I review my own path, I see that the Lord inspired and called me to know more of Him before He did my husband. That is not saying that I was more important to the will of God, or that I was called to have more influence in presenting the Gospel of the Kingdom. But rather, I think that perhaps women are more sensitive to hearing from God. Why? Scientifically speaking, the 2008 Pew U.S. Religious Landscape Survey found that two-thirds of all women surveyed pray daily, while less than half of all men surveyed prayed as often.  One of the reasons women pray more could be that they are more comfortable with using their imaginations to perceive God. After all, the Bible tells us in Romans 12:2 that by testing and renewing our minds, we can discern the good and acceptable and perfect will of God.  And men, on the other hand, tend to be more concrete thinkers and God has to reach them in different ways.
My husband's path to seek the voice of God may have been slower than mine, but in no way, has his path resulted in less impact for the Kingdom. As I began to walk out the leading of the Lord and teach in our Home Church, Mark was comfortable in supporting me and encouraging that position. When we both learned of the authority and power our Lord gave us to continue His work in defeating the works of the devil, he was just as interested in attending conferences to learn more about it. He arranged for me to attend a training session with a noted Deliverance Minister, while he cheered from the sidelines, so to speak. We agreed on the importance of teaching and training and ministering, and he supported my involvement with opportunities to seek more. I appeared to be leading the charge. But all that is changing...
And I will tell you that this is a pattern I see happening in many other couples whom I see the Lord calling and using -- the wife answers the knock at the door first, with the husband seemingly in the background in a supportive role. I can think, right off the bat, of six other wives whom I consider mighty women of God, whose histories with the Lord (and their husbands) resembles mine. They each stepped out in obedience to the call of God, and boldly followed where He led.  The six corresponding husbands began in various stages of knowledge and relationship with the Lord, but I see all of them now turning to walk in the path and purpose God has on their lives. And I am going to say something that might be construed as controversial among liberal theologians, but .... I believe the Lord is showing me that each of these men will surpass the leadership position of their wives and step into their anointing from God.
I see it happening in my own life. Mark is now becoming the focal point upon which our ministry and teaching is based. He leads the discussions more often; he is beginning to do more teaching; and he takes the lead in determining our ministry path. I see it happening in the other couples' lives, too. Husbands are stepping into uncharted waters, trusting the Lord to train them up and point the way. They are joining us in retreats, leading worship, partnering in ministries, and daring to walk the distinctive and personal path God has designed specifically for them. It's as if they have cut the bonds that tie them to this earthly system of religion and identity. They are hearing from God and no longer fear men or the traditions that have defined a limited role in establishing the Kingdom of God on earth. They now have the freedom to do as the Bible commands ... act like men; be strong and courageous; to keep the charge of the Lord on their lives... to step into their anointing with integrity, dignity, and boldness. 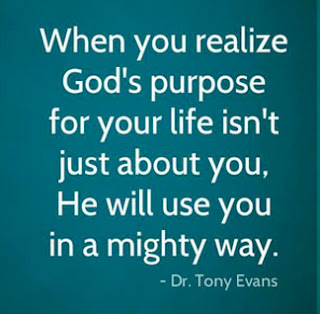 But here is the strong word I am getting from the Lord: we wives must be willing to step aside, if need be, to let them step into that new identity. The Holy Spirit is showing me that the transformation in our lives [and the roles we have played in presenting the Gospel message] served a dual purpose. Our hearts and spirits were charged with obeying the Lord to present the concept of Kingdom living. But we were also charged with plowing the field for the harvest of our husband's anointing and purpose. This in no way diminishes our own harvest for the Kingdom, but I am seeing that perhaps God is initiating a new season in our lives. It will be a season where the Lord will accomplish much in our husbands' walks of faith, and their testimonies will be at the forefront.
I truly believe this is the meaning of Scripture that tells us wives to "submit" to our husbands. It is not a command to be "submissive", or meekly obedient and passive. But, rather, it is a command to share in a mission with our husbands -- that our roles as wives is a sub-mission to the mission of representing Christ. I also believe that the world in which we live is so confining to men. There is such pressure to perform, and to succeed; yet our culture denounces men who are seen as too powerful and oppressive. The Enemy has done a good job of reducing the role of men in society, while building a sound barrier between our men and the voice of God.
So, maybe ... just maybe ... God has to use us to reach them. When we are obedient to the call of God on our lives, and we will not be deterred, then it is applying pressure to the Enemy's agenda to keep the men in our lives behind that sound barrier.  Our obedience causes a shift in what our husband's hear ... there is a change as we outrun all the pressure and sound waves in front of the devil's agenda, and it is heard in our husband's heart as an explosion, or sonic boom. It may take years, but eventually, that barrier is broken and they can hear the Lord calling them, loud and clear!
Now, I have a question for each of you women reading this blog. Are you praying for your husbands to hear the voice of God and to receive their calling and purpose for the Kingdom? If you are currently the "leader" in your family dynamic, are you willing to let the Lord bring your husband into His purpose, even if it means you take a back seat in the world [and in the Body of Christ]? Do you have a spirit of Pride that supersedes the will of God? To you men -- are you confident enough in your manhood to take a look at what your wife is sowing? Are you open to hearing from God, or do you think you're doing your part by supporting the family while she hears from God? And, finally, are you courageous enough to answer that knock at the door and let Jesus in, no matter the cost?
We all were designed, by God, with His purpose in mind. I do not believe that He thinks leadership is the sole domain of men. Women were important in the ministry of Christ on earth, and women held important leadership positions in the Early Church. But the devil has been playing havoc with the roles of men and women in our society for decades now. It is time we stopped looking in the Culture Mirror and saw ourselves in the Kingdom Mirror. Quit listening to what and who the world tells you you should be, and begin to break down the devil's sound barriers. Then open the door to Jesus. Walk in the path and the role He sets before you. Don't judge either [your path or your role] by the world's standards. Be equally yoked and watch how the God of the Universe uses you both!

1 John 2:27     But the wonderful anointing you have received from God now lives in you. There’s no need for anyone to keep teaching you. His anointing teaches you all that you need to know, for it will lead you into truth, not a counterfeit. So just as the anointing has taught you, remain in Him.

Email ThisBlogThis!Share to TwitterShare to FacebookShare to Pinterest
Labels: God's Call On Your Life, God's Voice, God's Will