Venom Within The Church: They Should Be Ashamed!

The news of the wildfires in California are capturing headlines across the internet and news outlets, and the conflagration known as the Carr Wildfire has devastated northern California, targeting the town of Redding, where Bethel Church is located. If you are not familiar with Bethel and the Lead Pastor, Bill Johnson, I think it is safe to say that mainstream and religious Christianity do not quite welcome them into the Family of God with open arms. 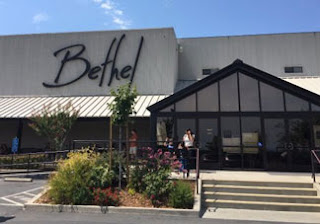 Those who do not believe that the signs and wonders, and the miracle healings that accompanied the First Century Church are for today do not subscribe to the belief system that defines Bethel Church. There is something about proclaiming the promises of Jesus [that those who believe in Him will do the same things He did and even greater] that does not set well with the Pharisees of today.
You see, Bethel believes in the full healing properties of Jesus's ministry. They believe that when we receive the promise that "by His stripes we are healed", it is in the full sense of that word healed; namely, we are saved, delivered, healed, rescued, and made whole. And they aren't afraid to walk out what Jesus modeled for us, or to obey Jesus's commission to His disciples: to heal the sick, cast out demons, cleanse the lepers (the spiritually and physically unclean), and raise the dead; all-the-while sharing the good news that Jesus has brought heaven's power to earth.
But just as in Jesus's day, the hyper-religious are threatened by this freedom and power to walk as Jesus walked. I have become increasingly saddened -- and yes, even alarmed -- at the vitriol and hatred that comes from the Pulpit & Pen crowd. And, in case you are unfamiliar with them, according to the definition on their own website, Pulpit and Pen (heretofore, to be referred to as P&P) are "Baptists, [who] most – but not all – hold to the five points of Calvinism. All contributors hold other similar convictions, including a belief in the Scripture’s inerrancy, young-Earth creationism, Biblical manhood and womanhood, and a general detestation of skinny jeans". Right off the bat, you get a taste of their sarcastic judgmentalism.
Their campaign against Beth Moore and other evangelists they deem "too liberal" caused me to quit going to their site over a year ago. But when googling information of the Carr Fire and the effects on the town of Redding and Bethel Church, I came across an article that I felt needed to be addressed. The sarcasm -- and I hate to say it -- the downright glee with which this website saw the fire as God's justice due against Bethel Church disturbs me.
Is the Body of Christ a family or not? Do our differences in theology and doctrine give us license to gloat over the misfortune of our fellow heirs of salvation? Some of the, frankly, unloving points made in this article were shocking. P&P goes way beyond their usual method of calling Bethel a "charimastic cult", and resorts to such cheap shots as the following: "Bethel’s Facebook page asks for prayer to save Redding. In it, the group acknowledges that God is sovereign and in control over the rain and the weather (this seems to contradict Johnson’s message that God has surrendered his authority on the Earth to his people). Ironically, Bethel Church has been praying for “the fire” to fall on them for many years, a charismatic expression that is biblically linked to judgment far more than blessings". Sounds like wishful thinking on the staff of Pen & Pulpit to me. Can they not simply do what Bethel asks, and offer up prayer for the town of Redding, without excoriating the Pastor? 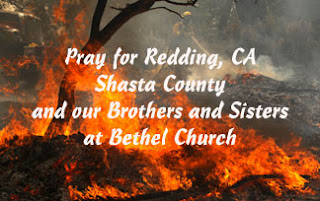