The Enemy Has Stolen God's Omnificense!

I know what you're thinking.... she has spelled the word wrong. Doesn't she mean God's Omnipotence, or His Omniscience, or perhaps she meant to say His Omnipresence. No, I want to talk about Jehovah God's Omnificense. You've never heard that word, let alone heard it used to describe God? Don't worry. I hadn't either until I listened to a teaching by Pastor Henry W. Wright, who is also a Doctor of Christian Therapeutic Counseling. The teaching was on the spiritual roots of Disease and Illnesses, but it was his use of that word Omnificense to describe God's Nature that intrigued me and has taken me on a path of discovery. 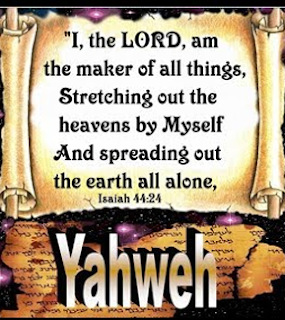 You see, it is his assertion that this word was once included in Christian doctrine among the familiar characteristics used to describe God -- His Holiness (He is separate from all moral defilement and abhors it); His Righteousness (He will not tolerate sin); His Sovereignty (He is supreme above all things); His Eternal Nature (He is infinite and had no beginning; His existence will never end);  His Omniscience (He is all-knowing, all-wise, and all-seeing); His Omnipresence (He is present everywhere); His Omnipotence (He is all-powerful); and His Immutability (He never changes; He is always reliable and trustworthy). And there are many more desciptors of our Father in Heaven: Incomparable, Just, Divine, Faithful.... the list goes on and on.
But when I discovered the word Omnificense and its meaning, I cannot ignore its implications for our Father in Heaven. It means "creating all things; having unlimited powers of creation".  Isn't that an appropriate description of our Creator? And although my research could find no instance of its use in English translation Bibles, I could find reference as it pertains to our God in -- of all places -- a website discussing the Super Powers of Marvel Comics! And if you're unaware, the superheroes of Marvel Comics have captured the imaginations of our children with box office megahit movies featuring Spiderman, Captain America, Guardians of the Galaxy, Black Panther, X-Men, Fantastic Four, the Avengers, and antagonists like Doctor Doom, the Red Skull, the Green Goblin, Thanos, and Loki. Furthermore, according to the Super Powers website, these "superheroes" even have their own universe, and the characters that possess Omnificense "can create anything without limits, including concepts, existence, reality, and even the totality itself. They can also create from nothing or even create one thing from another, such as manifesting an image from a comic book, creating life from the dead, and duplicating anything. The user can create basically anything they choose on an unlimited scale".
It is astounding to read what this counterfeit image of God as Creator in this counterfeit universe is believed to be able to do: create dimensions; generate energy; create life and matter; create portals, create universes; create weapons. There is even an ability called Omnificense Genesis, which is "the power to create an unlimited amount of anything from the user's own essence." By now, you should be seeing that the Enemy has found a way to capture the imaginations of our kids with images of false gods (euphemistically called super-heroes) by imitating the very nature of the One True God.
And if you think I am taking this way too seriously, let me give you a run-down of the "Users" of Omnificense power in this false reality... at the very top, in the number one position is God, as noted in the Abrahamic Religions! In the number two position is The Dragon, followed by The-One-Above-All, Presence, Michael Demiurgos (in Gnosticism, Demiurge is a heavenly being, subordinate to the Supreme Being, that is considered to be the controller of the material world and antagonistic to all that is purely spiritual); God (as represented in Bruce Almighty - a human version); Haruhi Suzumiya (a popular female character in Japanese animation who possesses unconscious god-like abilities to change, destroy, and reshape reality to her desires); Users of the True Word; and the Choushin (a trio of super-dimensional deities responsible for the creation of the multiverse and all of the higher dimensions of existence. They are essentially Omnipotent, Omniscient, and Omnipresent, only surpassed by Kami Tenchi. The Choushin consist of Washu, Tsunami, and Tokimi -- also Japanese animation). I could give you more names such as Demon Lord; Snake of the Festival; Spawn, the Mother of All Things; and Doctor Monty of Call of Duty and Black Ops III. But I think you get the idea. 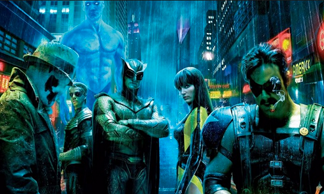 Is this giving anyone else the creeps? And can you see the design the Enemy has on our impressionable children? What kid, in this technologically advanced world where everyone is just trying to be seen, doesn't want to identify with a super-hero? The sad thing is this generation is totally unaware that the only authentic "User" of this super power of Omnificense is actually represented in this false universe -- the God of the Abrahamic Religions (Judaism and Christianity) is real. All the others are false. But unfortunately, the One True God has been reduced to just one of a couple dozen false gods.
The fact that the Omnificense of YHWH has been lost to our faith, while it has been resurrected in a false universe and reality, should give us all pause -- as well as alert us to the danger of this rise in popularity of Movie Superheroes. It shouldn't surprise us that the devil has found a way to imitate the very essence of YHWH as Supreme Creator, and repackaged Him in a plethora of tempting and exciting superheroes to feed our culture's addiction to entertainment.
Besides the obvious counterfeiting of and fraudulent imitation of YHWH's unique power, these movie characters are providing a door into the supernatural for those kids (and adults) who are looking for ways to escape their "boring" existence. Little do they know, that is a portal into the demonic realm. So I caution you to be aware of what may seem like a harmless movie or cartoon to stimulate the imagination. We must be ever vigilant to see the transparent schemes of our Enemy, and return the title of OMNIFICENT GOD to its rightful owner.

1 Chronicles 29:11    Yours, O Lord, is the greatness and the power and the glory and the victory and the majesty, for all that is in the heavens and in the earth is Yours. Yours is the Kingdom, O Lord, and You are exalted as head above all.

Email ThisBlogThis!Share to TwitterShare to FacebookShare to Pinterest
Labels: Our Culture, Our Youth, The Supernatural