The Whole [And Complete] Counsel of God

Recently, I have been contemplating all the various theological differences among us Christians. And it saddens me that we can become so separated by our misunderstandings of Scripture. I will admit that I have had to stop and ask myself, "Do I believe ____ because the Bible says so, or because I have heard it preached from the pulpit, or taught by a Sunday School teacher, or because a well-known theologian or scholar has proposed it"?
It's amazing how the different translations can influence our understanding of God's Word, too. But perhaps more than anything else, I am amazed at the number of Christians who don't really read the Word. And I'm not talking about just following along with the two or three verses your Pastor bases his Sunday morning sermon on. I'm talking about spending hours each day immersing yourself in God's inspired revelation to us; going back and forth between the Old and New Testament, verifying God's continual theme of relationship with His creation; studying historical documents to understand the cultural context of what a Biblical writer was referencing.
I find it quite arrogant for us to think that we, as 21st Century Christians, are the ultimate authorities on what God meant to be revealed through the Biblical writers! How many Westernized Christians give credence to the fact that the Bible's roots are Hebraic? That Jesus was a Jew, and so were all the Apostles? How is that we try to mold what the Bible clearly says into something that makes sense to our modern minds?
Today, I want to examine two very common doctrines that seem to increasingly divide the Body of Christ. They will not be new to those of you who read my blog. You will recognize them as a common theme of my writing, but I want to show you just how important it is that we read and examine our Bibles for God's Truth. When the Word is not our primary Source for Truth, then we prohibit the Holy Spirit from helping us to grow into the image of Christ as exemplified in the Divine revelation. What a clever way for the Enemy to keep us from walking in our true identities! 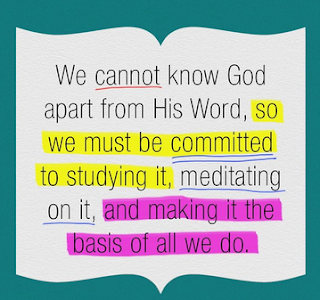 Psalm 119:130    Break open Your word within me until revelation-light shines out! Those with open hearts are given insight into Your plans.
Posted by Pam Kohler at 6:30 AM