Life Is In The Blood!

Blood is a very important topic in the Bible. From the moment sin entered into the Garden, blood was shed to cover the effects of separation from God. YHWH took the skins of animals that He sacrificed in order to cover the nakedness that Adam and Eve experienced because of the shame and guilt caused by their sin of disobedience. In this sovereign act, God established the principle of blood sacrifice to atone [pay] for sin. One life had to be sacrificed to save another.
And the Bible makes it clear that "in regard to the life of all flesh, its blood is [the same] as its life" (Leviticus 17:14). Furthermore, as part of the Law God established through His covenant with Moses, He stated, "For the life of the flesh is in the blood, and I have given it to you on the altar to make atonement for your souls; for it is the blood that makes atonement, by reason of the life [which it represents]" (Leviticus 17:11). This principle is further upheld in Hebrews 9:22, which states "under the law almost everything is purified with blood, and without the shedding of blood there is no forgiveness of sins".
By now, it should be clear that God required a blood sacrifice in return for the forgiveness of sin. Blood as the means of atonement for sin is then firmly established in the Mosaic Law. Once a year, the priest was to make an offering of the blood of animals on the altar of the temple for the sins of the people. But this was a blood offering that was limited in its effectiveness, which is why it had to be offered again and again. Plus, it was temporary until God could carry out His ultimate plan for the redemption of mankind. These animal sacrifices were a foreshadowing of the “once for all” sacrifice which Jesus offered on the cross. Once that sacrifice was made, there was no longer a need for the blood of bulls and goats. 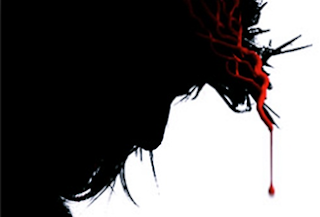 When Jesus shed His blood on the Cross, He did away with the Old Covenant requirement for the continual sacrifices of animals. Their blood was simply not adequate to cover the sins of the people, except on a temporary basis, because sin against a Holy and Everlasting God requires a Holy and Everlasting sacrifice. The yearly sacrifices by the Priests of Israel served as a "reminder" of the nation's sins and their need for forgiveness, but they did not remove the sin, nor the consequences of the sin. The precious Blood of Christ removes our sin from before God forever, and once and for all, so that there is no more payment due from us.
Christ's willing sacrifice of Himself for us paid the price required by a Holy God, and gave us eternal redemption. We are not only forgiven of our sins, but we are free from the captivity [and bondage] that sin held us in.  We say that we are "washed by His Blood", meaning that we have been cleansed of our sinful nature, having received a new nature that is as pure as His. We can say we are "covered by His Blood" because we know that the shedding of Jesus's blood on the Cross protects us from the death penalty that our sins deserve. In point of fact, Jesus has us "covered". These are the results [or fruits] of accepting Jesus's substitutionary sacrifice on our behalf.
But there is more! Not only does the Bible tell us that the Blood of Christ redeems us [we are free from blame]; it also atones for us [our debts were paid]; justifies us [declares us righteous in the sight of God]; and sanctifies us [sets us apart unto Him]. But Jesus's Blood also purifies our conscience from dead works to serve the living God! Remember the shame and guilt that Adam and Eve experienced after they willingly disobeyed God in the Garden? The Blood of Christ takes away the spirits of shame and guilt that plague our consciences from past sin, and cleanses our minds so that those memories can no longer condemn us. We are able to experience renewed minds that think thoughts that are in alignment with God's will on earth, and which serve His purposes.
Furthermore, we are conquerors against the Accuser because we can trust in Jesus's righteousness that His Blood has afforded us. We know that we don't have to rest on the merits of our own deeds, and that it is the Blood of the Lamb and the word of our testimony that will clear us of any charges the Enemy brings against us. Ponder upon these words by Charles Spurgeon, and the glorious benefits of our Savior's Blood: I know what the devil will say to you.  He will say to you, ‘You are a sinner!’ Tell him you know you are, but that for all that, you are justified.  He will tell you of the greatness of your sin.  Tell him of the greatness of Christ’s righteousness [which covers your sin].  He will tell you of all your mishaps and your backslidings, of your offenses and your wanderings.  Tell him, and tell your own conscience, that you know all that, but that Jesus Christ came to save sinners, and that, although your sin be great, Christ is quite able to put it all away. And it was all accomplished by His selfless act of shedding His blood!
So, I hope in this season of Passover and Easter, you are able to contemplate upon the momentous power and significance of the Cross and the Blood. We should never take them for granted, or lose sight of what they cost our Lord. In this day of Bible apps and "pre-packaged" Sermons, why not spend some time and take note of all that God has to say about these important issues. After all, Christ suffered greatly for us and we received immeasurable benefits from His agony. I, for one, want to honor all that He has done for me and all mankind. Happy Passover and a Blessed Easter!

Ephesians 1:7    "Since we are now joined to Christ, we have been given the treasures of redemption by His blood—the total cancellation of our sins—all because of the cascading riches of His grace".
Posted by Pam Kohler at 6:30 AM