How We Christians Judge

I'm going to talk about what will be a debatable subject among Believers ... our capacity to judge others -- especially our fellow Christians. This topic has surfaced after watching a new series of videos by Darren Wilson called Questions With God, where he asks hard, often thorny questions about God and faith.  Yes, it is that Darren Wilson who produced the highly controversial Holy Ghost series of films, where he took viewers to locations around the world to see if the Holy Spirit could truly lead a film. [In full disclosure, I loved the Holy Ghost series].
I am also interested in this subject matter due to a recent question posed to me by one of the members of our Home Church.  Claire is an intelligent and passionate seeker after the Lord, and she was asking mine and Mark's opinion on an article she had seen regarding Bethel Church and "Destiny Cards".  In short, there was a barrage of articles appearing across Christian websites condemning Bethel Church for promoting occultic practices at a New Age festival.  It involved the use of "Destiny Cards", which were likened to Tarot Cards. 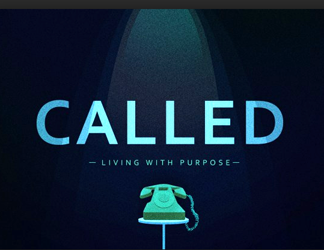 I read several of the articles, and knowing the sources were ultra-Conservative sites and not prone to "coloring outside the lines", I decided to write to Bethel and see if I could get them to clarify. [NOTE: It goes without question, that I do not approve of anything resembling Tarot Card readings or what could be classified as fortune-telling.  But I have seen too many instances of deliberate distortion against fellow Christians on some of these sites to believe their condemnation without further research].
I reached out to Bethel by sending them an email which read, "We are a small Home Church in South Texas who is teaching from Bill Johnson's book, When Heaven Invades Earth.  One of our members is concerned after reading an article on The Christian Post's website that Bethel is confirming the use of Destiny Cards.  Could you please explain to me if this is true --- and if so, explain your reasoning for approving this method of providing a prophetic word to believers. We have been encouraging our group, who are coming out of strict legalistic doctrines and battling spirits of religion ... Stories like this make it difficult to keep them from sliding backwards.  Thank you for your time".
I was pleased to receive a reply within a few days.  It read: "Thank you for reaching out to us to ask about this issue directly. We appreciate your effort to know the truth and value the opportunity to bring clarification to this recent conversation. We’ve compiled our thoughts and perspectives in a statement on [the ministry known as] Christalignment and the supposed “Christian tarot cards,” as well as points of clarification that we feel are necessary from our leadership".
They went on to include an official statement from Bethel concerning the subject of "Christian Tarot Cards", and Christalignment, the ministry that was under attack.  Bethel made it very clear that Christalignment was not affiliated with Bethel, although the son of the ministry's founders is involved with Bethel. The leaders at Bethel reached out to the ministry to make sure they understood what they were doing, and what they have been accused of doing.  And they made it clear that Christalignment stated that they stand in agreement with the Scriptures that all occult practices (like tarot cards) have no place in the Kingdom and should not be used.
The long and the short of it can be explained in this section of Bethel's response to me: "Reaching people where they are with the truth and love of God is our job as believers. Many people will not come to our churches, yet they are in great need of a personal encounter with Jesus. The leaders of Christalignment feel called to share the Gospel with a people group that most of us would feel unsure of how to approach. We value their efforts to minister to unbelievers in the ways they can more easily receive it and in the places they are going, like New Age festivals... This ministry is a form of outreach meant to share Jesus with those who have never met Him, or think they hate Him, or worse, that God hates them. This practice is not what the ministry leaders do in their church, in their devotional lives and Bible study, when making major life decisions, or when discipling people. It is not taught as the next great way of maturity, a secret new thing for young Christians, or an easy syncretism. This ministry is a way of getting people to stop and engage with fellow humans so that they might encounter the love of the Father and the truth of His Son Jesus Christ. If one of our sons or daughters was away from the Lord and looking for truth at a festival, we would be praying for them to meet believers like this ministry, who know the love and truth of God".
I have to tell you, that I value the honesty and the sincerity with which this response from Bethel was presented.  They didn't give me a canned [or short] answer.  They provided a well-thought-out statement, addressing what they had discovered when they took the time to research the issue and talk to those involved.  I wish we could all follow that example! Which brings me back to Darren Wilson's Questions with God series.  I was particularly struck by some statements presented by Chad Norris, the lead pastor at Bridgeway Church in Greenville, NC. 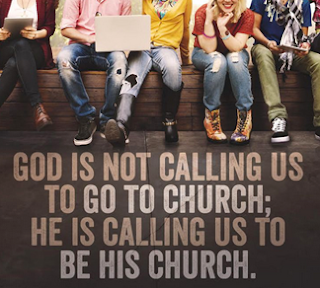 2 Corinthians 4:5-6    "We don't preach ourselves, but rather the Lordship of Jesus Christ, for we are Your servants for Jesus' sake. For God, who said, 'Let brilliant light shine out of darkness' is the One who has cascaded His light into us -- the brilliant dawning light of the glorious knowledge of God as we gaze into the face of Jesus Christ".
Posted by Pam Kohler at 6:30 AM

Email ThisBlogThis!Share to TwitterShare to FacebookShare to Pinterest
Labels: Faith, Jud, Knowledge of God, Liberty and Freedom, Our Culture, Our Glorified God