What I've Learned From This Hurricane

This has been an event like none other that I have experienced.  I have shared the physical description of what it is like when a Category 4 hits the little Texas coastal town of Rockport. I have showed a couple of pictures and tried to describe the emotional impact it has when you see lives disrupted so violently.
Now I want to share the spiritual side of it and some of the struggles I've had.  I've heard beautiful expressions of love and support -- and I've heard some of the most hate-filled rants about how we Texans deserved it because of our political leanings and/or the refusal of our Senators or Congressmen to support some government funding or another ... and now we want the government to come in and rescue us. How can a person be so cold-hearted and callous?  I guess the devil roams the earth looking for ears that will listen to his evil whispers.
And speaking of the devil, after making several trips with donated supplies, I would return home physically and mentally tired from witnessing the burdens and hardships placed upon these people of modest means. The prospect of dealing with insurance companies, low-interest government loans, and the logistics of all those houses that need to be repaired is mind-shattering.  But what if you don't live on the beach side of town, or in one of the middle class neighborhoods, where the houses are built more sturdy and repairs are feasible?  What if you live on the poorer side of town, and perhaps don't even own your small home? What happens if the owners decide not to rebuild, or you are unable to afford your current mortgage plus the government loan needed to make your home habitable? 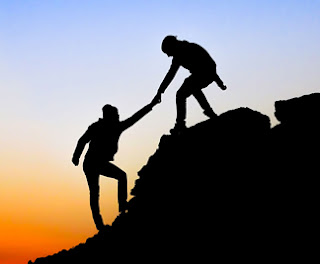 Those were the thoughts that would wake me up in the middle of the night, and I felt like I was carrying the weight of all those people who are living in such fear and anxiety.  I recognized that the devil was trying to capture my mind with his negative whispers, and I was struggling to keep my mind focused on the promises of God.  One night I woke up around 3:30 with such dread and despair that I felt like I was buried under blankets of it.  The Enemy kept trying to convince me that this situation was insurmountable; it was too big of a fight.  That some of these families would never be able to overcome the obstacles before them.  I felt defeated.
Then he tried to add another layer of disquiet to my mind.  There has been a subtle judgment placed upon the Kingdom work we have been called to do in the aftermath of Hurricane Harvey.  People in the damaged community don't quite know how to take us when they ask what Church we are affiliated with, and we tell them we aren't with any Church.  It's almost as if there is an air of suspicion that surrounds us because we don't possess the legitimacy that a Church group would have, coming in to offer relief.
Then there are some Church people that also look at us with skeptical hearts, and I'm not sure why.  Do they feel safer participating within the comfortable domain of their Church connections? Or perhaps, are they not comfortable enough in their identities to know that they are to be the image of Christ to everyone they meet, and they don't need to depend on the Church interrelation to be effective ambassadors of the Kingdom of God? Isn't there room for us to work side by side in meeting the needs of the poor and afflicted?
As I laid there, tormented by thoughts of both the overwhelming ruin before us, and the frustration of being judged for our lack of Church affiliation, I felt spiritually oppressed.  But I knew what was happening and I knew it was simply Satan's way of trying to destroy any hope or faith I had that we were making any difference in advancing the Kingdom in the midst of this catastrophe.  But I stopped and made sure that, in the spirit, my helmet of salvation was securely placed over my mind. Then I told myself, Be still, and know that I am God.  Let me repeat that.  Be still ... Be still ... and KNOW that I am God.
And it all came into perspective.  The promises of God are true, and I declared that all of His promises have been fulfilled in Christ with a resounding “Yes!” And through Christ, our “Amen” (which means “Yes”) ascends to God for His glory (2 Corinthians 1:20).  He has promised never to leave us nor forsake us, so those people who believe in Him will not have to go through this rebuilding process alone.  And God causes everything to work together for the good of those who love Him and are called according to His purpose for them.  So whatever designs the devil has for using this hurricane to cause evil in the lives of these people, it will eventually become good as they rely on their faith and each other.  There is a purpose to each and every life and this hurricane event is a chance for each person to discover the reason they are on this earth. 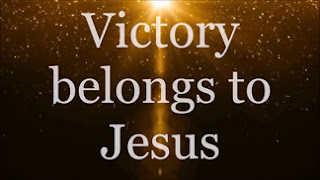 And I think that is why I am beginning to sense a difference in the atmosphere of Rockport.  The streets are beginning to be cleared of debris. Tree branches and limbs are being collected into piles. The Relief Center sponsored by New Beginnings Ministries is feeling like it's getting its sea legs, and the pervasive smell of panic is being replaced with an atmosphere of ordered chaos.  And I don't say that cynically.  There will be chaos for some time to come in Rockport, TX -- until power is fully restored; street lights are working properly; the debris is collected and removed -- but order is now being established to the day, and there is a direction in their lives.  An outsider might not see it, but if you are looking with spiritual eyes, you can discern the small and subtle change, and it smells and feels like victory... and we who love Him, know there is victory in the Lord.
So, ultimately, what I've learned is this -- there is no catastrophe big enough to defeat God's people. I know that this life is full of trials, tribulations, and tragedies. And I can expect the devil to tempt me to doubt God's presence in the midst of them.  But if I can get still, and look for Him, I will find Him ... every time!  This won't be the last time the Enemy sends a fiery dart to test my mind.  And it won't be the last time my lack of Church partnership will be scrutinized and judged.  But none of that will deter me from walking my particular [and singular] path in the footsteps of my Savior. We have been called to be servants, and that can sometimes seem a lonely and disparaging road.  But it's not about us... it's about those we serve, and pleasing God. And there is nothing the devil can do to stop my resolve to do both.

1 John 3:17-18   "But if anyone has the world's goods and sees his brother in need, yet closes his heart against him, how does God's love abide in him? Little children, let us not love in word or talk but in deed and in truth".