The Multiple Sides of "Leaven" 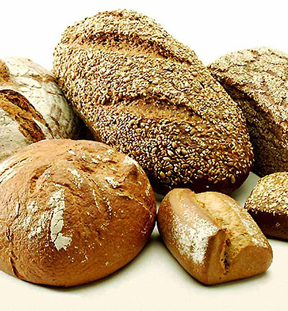 If you are like me, I was always taught in Sunday School or Bible Study classes that "leaven" equaled sin.  This idea is carried out in the Exodus story, when in preparation for Moses leading the tribes of Israel out of the land of Egypt, God instituted the Lord's Passover and the Feast of Unleavened Bread. This Feast followed the Passover Day, and lasted 7 days.  During the first day of this week, they were commanded to remove all leaven from their houses. In addition, they were not to eat any bread which contained leaven for the whole week.  This symbolized that God was about to do a mighty work in the nation of Israel by removing all the sinful influence (leaven) of 400 years of bondage in Egypt and the pagan worship of false gods.  Furthermore, because leaven is equated with sin throughout the Bible, the "unleavened bread" was a picture of bread without sin in it, i.e. Jesus, as the Bread of Life.
But are you aware that Jesus talked about leaven in broader terms?  And in one instance, He even referred to leaven as a good thing? I'm always fascinated by what God shows me; that no matter how much I think I know about Him and His Character and Nature, and the teachings of Jesus, there is always something new that He wants revealed.  So, it was with great interest that I discovered these different facets of leaven.
My interest was first piqued as I ran across a reference to leaven in Mark, Chapter 8.  This is the second time that Jesus performs the miracle of feeding the multitudes from a few loaves of bread.  You will remember that we have the account in Matthew 14 of Jesus feeding 5,000 with five loaves and two fish.  At a later date, in Mark 8, He feeds a gathering of 4,000 with seven loaves and a few small fish.  After getting into a boat with His disciples and going to a different district, Scripture tells us He encounters the Pharisees, who "began to argue [contentiously and debate] with Him, demanding from Him a sign from heaven, to test Him [because of their unbelief]. He groaned and sighed deeply in His spirit and said, “Why does this generation demand a sign? I assure you and most solemnly say to you, no sign will be given to this generation!" Leaving them, He again boarded the boat and left for the other side".
And here is where the subject of leaven comes up ... The Disciples had forgotten to bring any bread with them, and only had one loaf between them.  Jesus says, “Watch out! Beware of the leaven of the Pharisees and the leaven of Herod.” So, what did He mean by that?  And why is this His response to the fact that they are discussing their lack of bread?  First of all, remember that these men had already seen Jesus multiply five loaves of bread in order to feed 5,000; and just witnessed Him doing the same thing with seven loaves that fed 4,000!  And they are seriously questioning how they are going to make one loaf feed the 12 of them? Have they forgotten that quickly, Who they are with, and the supernatural works He has done?  But they relate His admonishment about the leaven of the Pharisees and Herod to simply be about the subject of bread, and their lack of it.
But Jesus wanted them to understand so much more.... here He wanted them to understand leaven as the concept of an impure and pervasive influence that modifies something and spoils it.  In the case of the leaven of the Pharisees, it is the leaven of Religion -- their man-made traditions and hypocrisy have pervaded the Jewish Religion, which will result in preventing the nation of Israel from accepting the Messiah.  Luke 12:1 explains it concisely:  In the meantime, after so many thousands of the people had gathered that they were stepping on one another, Jesus began speaking first of all to His disciples, “Be continually on your guard against the leaven of the Pharisees [that is, their pervasive, corrupting influence and teaching], which is hypocrisy [producing self-righteousness]". The leaven of the Pharisees will cost the nation of Israel their redemption for centuries.
A second aspect of leaven is the leaven of Herod [Antipas], which is political. His father, Herod the Great, was an Edomite who converted to Judaism, but was not a religious man.  He was appointed King of the Jews by the Roman Senate, and his son, who succeeded him, was also a Jew in name only.  In fact, Herod Antipas was involved in a great deal of lying in his political wheeling and dealing, abusing the power of his office. So the leaven of Herod represents the corrupting influence of politics in the nation of Israel. 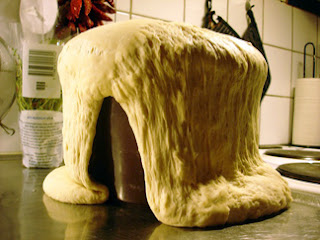 But there is a third leaven that Jesus mentions in both Matthew 13 and Luke 13....  “The kingdom of heaven is like leaven, which a woman took and worked into three measures of flour until all of it was leavened.” This is the first mention of leaven in the New Testament, and it's significance is quite different from the concept of leaven in the Old Testament, and its later reference, in comparison to the Pharisees and Herod.  Here, Jesus intends leaven to mean something different.  The Hebrew word for leaven, seor, refers specifically to the leavening agent (the Kingdom of Heaven/God coming to earth) as opposed to the dough containing it (the nation of Israel/the world).  Rather than symbolizing impurity and corruption, Jesus is using the illustration of leaven’s ability to permeate a mass of dough many times its own size as a picture of the spread of the Kingdom of heaven throughout the entire earth -- spilling over and impacting all mankind. In this instance, leaven as an influence is a very good thing, indeed.
To be honest with you, it is only very recently that I have understood and seen the positive side in Jesus's parable about the leaven.  And I believe that I was blinded to the fact that He equated it to the Kingdom of Heaven... all I saw was that word leaven, and I only understood it to be sin.  But I think this points to the bigger realization that I, along with much of the Body of Christ, have been ignorant about how much Jesus taught about the Kingdom of God.  In reality, it was His favorite subject matter and what He focused on more than anything else!
So, I am grateful for God's new revelations, day by day, as I glean more of His truth in His Word.  And this broader understanding of leaven is not the only thing I derived from Mark, Chapter 8.  In my next post, I want to share the bigger issue Jesus discussed when admonishing His Disciples about their concern over the lack of bread.  He warned them to not be influenced by hypocritical religion or religious politics, but He also chided them with three questions:  Don't you see? Don't you hear? Don't you remember?  Those are questions we need to ask ourselves. Stay tuned....

Luke 13:18    [ Parables of Mustard Seed and Leaven ] So this led Him to say, What is the kingdom of God like? And to what shall I compare it?

Email ThisBlogThis!Share to TwitterShare to FacebookShare to Pinterest
Labels: The Bible., The Kingdom of God