Solomon was correct when he made that statement in Ecclesiastes 1:9.  He's better known for the last sentence in that verse ... So nothing is new under the sun ... and I found that out as I did some personal research into the history of my family's faith.  I hope you will indulge me as I share my discoveries, because I was surprised at how much I recognized in their experiences. What I found out in the life of the Church in my great-great-great grandfather's time is being mirrored in today's Body of Christ.
I have long been interested in trying to figure out my family's disparate modes of faith.  Unlike many families who can look back on a long line of ancestors whose love of the Lord was passed down through the generations, there was no unified profession of faith in my childhood home. My mother was a Believer and from an early age, I knew about Jesus, as she somehow found a way to introduce Him to me and then send me and my siblings to Vacation Bible School programs.  She was a stay-at-home mom with no car and five young children to care for, so I'm not sure how we were transported, but she got us there.  My father was not a Believer, although he supported our exposure to Church, and, as the oldest of the five, he instructed me to watch out for my brother and sister as he dropped us off at Sunday School.  My Mom stayed home with the babies... not exactly a "family experience". 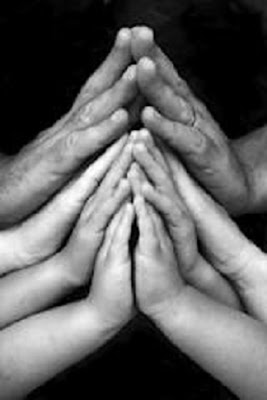 Psalm 71:18    "So even to old age and gray hairs, O God, do not forsake me, until I proclaim Your might to another generation, Your power to all those to come".

Email ThisBlogThis!Share to TwitterShare to FacebookShare to Pinterest
Labels: God's Grace, The Church