Have We Lost Our Way?

I was intrigued with a recent article on the Charisma News website.  It quoted a prophetic statement made by Dr. Elton Trueblood, the former chaplain for Stanford and Harvard universities in the early 1900s. He was once asked what the church in America would look like in the last half of the 20th century. Dr. Trueblood stated, "By the year 2000, Christians in America will be a conscious minority surrounded by an arrogant, militant paganism."  Well, we are nearly two decades past his prognostication, and I daresay that not only is the Body of Christ surrounded by paganism, but we are becoming increasingly comfortable with compromising with the pagan world.
I feel confident in saying that because I see too much evidence that the Church and Christians are willing to let the "leaven" of the world infiltrate our professed faith in God.  Remember, in our discussion of God's Feasts yesterday that He warned the Israelites about sweeping the corrupting influence of Egypt out of their lives. Yet, I'm afraid that I see the world and its corrupting values permeating the sanctity of our Church buildings and our faith. 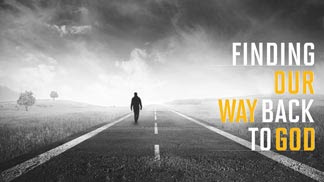 I'm pretty sure that some of what I'm about to say will be viewed as legalistic, rigid, and uncompromising.  But I would like to propose the idea that it is precisely because of our compromise and lack of obedience to God's Word that the world is in the mess it's in. Because the Church has presented only a picture of a Loving and Merciful God, there is no fear of Him or His Judgment.  In addition, we have let the ideology of "tolerance" overshadow the areas in which Jesus was intolerant. As followers of Christ, we have become tolerant about divorce; about what constitutes the Biblical concept of marriage; about wickedness in high places; about immorality, as evidenced by the existence of rampant pornography, sex trafficking, and pedophilia; and crime and godlessness have become accepted norms in society, with nary a peep out of the Church.
We have forgotten that Jesus warned us to enter by the narrow gate. He said, narrow is the gate and difficult is the way which leads to life, and there are few who find it. This is perfectly illustrated by the Billy Graham Association, which wrote, "If you should ask a man the directions to New York City and he said, 'Oh, just take any road you wish, they all lead to New York,' you would question both his sanity and his truthfulness.  Nevertheless, we have somehow gotten it into our minds that 'all roads lead to Heaven.' " Yet, even Billy Graham, himself, whose faith in Jesus is without question, when asked whether those who belong to religions that reject Christ as Savior (Judaism, Islam, Buddhism, etc.) and secularists will be saved, responded, “Those are decisions only the Lord will make. It would be foolish for me to speculate on who will be there [in heaven] and who won’t. … I don’t want to speculate about that.” I guess he's forgotten the Word of God!
In fact, there was a time when no professed Christian would have dared to entertain the thought that other gods offer a path to eternal life. What was once solid doctrine has slowly eroded into the acceptance of multiple paths to eternity. And with that sliding scale of righteousness, we are becoming the makers of our own moral values. The consequences of Biblical sin are diminished, while standards of Divine morality or Divine revelation go unspoken.  How convenient is that? When God's standards are ridiculed or non-existent, then no one's moral values can be judged wrong. And when there is no Divine revelation, then we become our own god; the world operates by the religion of man and his politics, and we will be saved by secular values.... the path is wide that leads to destruction. That is why the modern Church is in danger of operating more on man's traditions and thought than God's Word.
Sadly, we have removed the profound sense of mystery that is God and His supernatural characteristics, and reduced Him to just a slightly larger image of ourselves.  And we have allowed occultism, mysticism, magic, and the mysteries and worship of other gods to grow and replace YHWH's once exalted position. We are embracing Christian yoga, for goodness sake!
And because we Christians have not stood firm in the Word as our guiding principle, we have seen the breakdown of the family; our youth abandoning their faith in God, as well as confusion over their God-given sexual identities; and the shocking increase of perversion in our culture.  I fear that we are headed for a showdown -- a confrontation between true Believers and those who profess a faith that has no foundation in Jesus.  This confrontation is already apparent in our society and it will soon split our Churches.  Greed, idolatry, and adultery with the culture is permeating the Body of Christ, and Jesus will no more allow His Church to succumb to such wickedness as He allowed the moneychangers to defile His Father's House.
It's time the Church and the Body take a good hard look in the mirror. We have not been about our Father's business and we are now in a battle for hearts and minds, and the destiny of millions of souls hangs in the balance. I sense that we will soon hear a voice from Heaven announce, "Take your sickle and reap, because the time to reap has come, for the harvest of the earth is ripe." I believe the Body of Christ in America is in for a big transition.  Will we become the kind of Bride Jesus is looking for? I, for one, will not be in agreement with the world; nor will I compromise with those in the Church who insist on taking the wide path. I'm ready for the battle that is to come, and I will not hide the Light that is in me under a bushel basket. I will expose the lies of satan and the unfruitful works of his darkness and death. And I will tell the Lost of the abundant Life available when we are in fellowship with Jesus. Let us join together to find our way once again; to recover our path to Jesus, and return this world to the Lord!

Proverbs 25:26   "Like a muddied spring or a polluted fountain is a righteous man who gives way before the wicked".

Email ThisBlogThis!Share to TwitterShare to FacebookShare to Pinterest
Labels: Faith, Our Culture, The Church