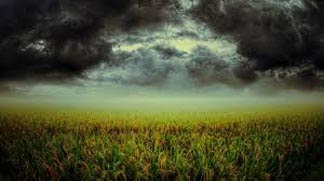 I am becoming increasingly aware that our society and culture; our country; and yes, the entire world is in the midst of precarious and uncertain times.  And I find myself asking if these are "the perilous times" of which the Bible talks about.  Certainly, the nature of our political and social consciences couldn't be more divided.  The demarcation between right and wrong; moral and immoral has been mocked, and relativism rules the day.  Some of the leadership within the Church seem to have lost their way; others are stuck in doctrinal quagmires; and our Youth are abandoning the faith of their ancestors in ever-increasing numbers.  So what does this tell us?
For me, I am faced with how to become the heart, hands, voice and compassion of Jesus to a progressively secularized world.  I have been honest about the direction God is taking me. He has brought me out of the Church building and given me the task of showing what the Power of a one-on-one relationship with my Savior looks like.  I am listening for His direction and finding that there are just as many self-professed Christians that need to be introduced to that Power, as there are non-Believers.
And let's face it... the Church doesn't have a very good reputation in the world.  It is seen either as too conservative or too liberal; rich in worldly measures and poor in spiritual values; having too much influence in the public square, or no impact on society at all.  If I can give my own evaluation of how God intended the Church to establish His Kingdom on earth, it is this: to share the Gospel Message about the Kingdom; equip and train servant-minded leaders and followers; provide assistance to the poor and the sick; and prepare and educate the next generation to carry on this heavenly commission. Is this the picture we have of the Church today?  Is this the picture we are passing on to the Millennial Generation?  Or is it a portrait of the Laodicean Church which says, ‘I am rich; I have prospered and grown wealthy, and I am in need of nothing?’
If so, then does this correspond to those perilous times in the last days that Timothy warned about:  For men shall be lovers of their own selves, covetous, boasters, proud, blasphemers, disobedient to parents, unthankful, unholy, without natural affection, trucebreakers, false accusers, incontinent, fierce, despisers of those that are good, traitors, heady, highminded, lovers of pleasures more than lovers of God; Having a form of godliness, but denying the power thereof: from such turn away.'
In case you don't see it, these verses point to a future time when there is a great moral degeneration in the world; a time when there is a breakdown in the ethical and social values of societies.  We see that happening with all the uprisings, protests, rioting and toppling of governments. All you have to do is think about ISIS; the persecution of Christians that is on the rise; the decimation of the Syrian people; the racial violence in our own country.  We can see the danger of groups realizing the power they have when they unite, and this is a dangerous situation.  And when you add failing economies to the situation, and how it can have worldwide implications, then "perilous times" comes into sharper focus. Perilous times are marked by those who love their pleasures more than they love God -- and that includes Christians.  We can see that in how much television, movies, music, sporting events, socializing, partying, Facebook and the internet take up in our lives.  How much time do you think the average Christian spends with God?  I can tell you that when it's time to stand before Jesus, our Judge, that one hour on Sunday in the church building is not enough!  And when I think about the content of the TV shows and movies that are watched by those who are to be Christ's representatives on earth... well, I'm pretty sure God considers all the sex, occult, and antichrist images to be an abomination.
Timothy tells us that perilous times will be identified by covetous and proud people.  I would venture to say that a majority of people today are seeking after worldly riches, rather than eternal heavenly treasure. And it saddens me to see that we are teaching our young girls to be coveted after for their looks and the seductive clothing they wear; and then to be proud of it!  Look At Me is the motto of this generation, and the explosion of social media proves it.  Sadly, our pride keeps us from being humble before God, or turning the other cheek to our fellow neighbor.  And our pride keeps us from helping those in need, in case it might cost us too much. When covetousness and pride become the hallmark of a people, we are living in perilous times.
Other symptoms of these dangerous times are the disrespect that our youth have for the older generation, the police, or anyone who stands in the way of them getting what they want.  People, in general, are unthankful for the blessings they have received in this world, and take what they have been given for granted.  But, as Christians, we must ask ourselves if we are adequately thankful to God for what He's done in our lives.  If we have a roof over our heads, food on the table, clothes on our back, and a family that loves each other, do we bother to acknowledge what He has done for us -- or do we take credit for it ourselves?  When I hear the testimonies of those who are being persecuted in the Middle East, and have lost everything -- homes, family members, even their country -- yet still praise the Lord for His presence in their lives, then I am truly humbled and see the ungratefulness in the rest of the world for what it is ... a lack of holiness.
And that leads to another of Timothy's signs of perilous times -- people will be unholy.  We need only to look at the difference in our churches in the last 50 years.  The holy atmosphere of worshipping YHWH has been replaced with venues that look like theaters, concert halls, and social gatherings.  The message has also been perverted. Christians now seem to think that they will be saved IN their sins, rather than Jesus saving them FROM their sins.  Do you ever hear the Ten Commandments preached? Does anyone even understand what it means to live a holy and righteous life unto God -- let alone practice such a lifestyle?  Believe me, if we Christians would model what that looks like, we would stand out like a sore thumb -- yet that's what we've been called to do and what the world needs to see from us! Instead, it can be said that we Christians are looking more and more like the world.
It is perilous times when Christians not only do not understand what the Kingdom of God looks like, nor that we are to help men inherit it.  God is clear that there are those who will not share in His inheritance ... Neither fornicators, nor idolaters, nor adulterers, nor homosexuals, nor sodomites, nor thieves, nor covetous, nor drunkards, nor revilers, nor extortioners will inherit the kingdom of God.'  Yet we allow our fellow Christians and their Churches to accept these practices without a thought as to what it will cost them. 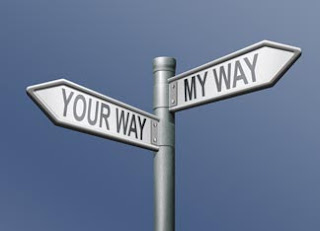 Today, it is quite evident that people have become lovers of themselves and despise those that do good.  We are more interested in our external appearance than the condition of our hearts.  Everything is commercialized and temptation abounds in every area of our lives.  Polls in 2014 said that 71% of Americans identified as "Christian".  But if they really knew what it meant to be a follower of Jesus Christ, then we would not have people starving, or in need of adequate medical care, or living on the streets.  Satan has done a good job deceiving professing Christians into thinking it is okay to spend the money that God has made them stewards of on THEMSELVES, rather than using it to help the sick, the needy, the poor, and furthering God's Kingdom.  When Christians are blind to their duties as keepers of the faith, then perilous times are upon us.
Finally, when Christians are living a life that only has "a form of Godliness", but no evidence of the Power of God in their life experiences, then times are perilous indeed.  God sent His Son to show us the way to live a life that exhibits the image of God.  We are to show the world the Power and Authority of the One True God among all the lesser gods that are vying for man's attention.  But Christians and the Church are unaware that this is our mission.  "Power" and "Authority", as descriptors of our Christian walk, are dismissed in favor of "Grace" and "Love".  And when the Enemy knows that God's Power and Authority are missing from His Church, then our Adversary has been given an open door to infiltrate our places of worship, our homes, our communities, and our world with his power to deceive and lead astray.  Without God's emissaries on earth acting in our full mandate and character, the result is perilous times for all humanity.  And we are all aware that will become known as "The End Times".
We are already seeing war, famine, natural disasters, incredible and rapid increases in knowledge. Our air and water being poisoned.  Birds of the air and the Fish of the seas are dying in huge numbers. And these are just a few of the Biblical signs of Christ's eminent return.  I worry about loved ones who still do not know Jesus, and I worry about the Christians whom Jesus will say He does not know.  So, I recognize that we are living in perilous times, and my spirit is crying out for the Body of Christ to fulfill our assignment.  Yes, times are perilous, to be sure ... but as long as we have one minute left, it should be our goal  to show one more person the image of Christ in us.  Our time to do so is NOW!


John 9:4   "We must work the works of Him who sent Me while it is day; night is coming when no one can work".