The Mysteries of The Kingdom of God

How many of you have given any thought to the difference between the "Gospel of Jesus" and the "Gospel of the Kingdom"?  I would surmise that many of you are like me; I never gave it much thought, or at the very least, I combined them into one concept, under the heading of "The Good News". 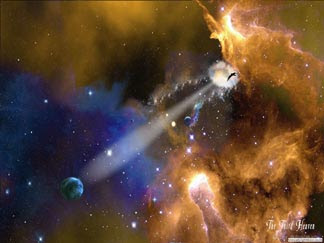 I would submit to you that the Gospel of Jesus Christ is a message of eternal life in the Kingdom of God through His work on the cross, while the Gospel of the Kingdom of God is a call to interface with God in His Kingdom ... the earthly realm and the Heavenly realm. In more precise terms, the Kingdom of God is the realm in which God is King (with the understanding that He resides in all realms and all dimensions).  We also know that a kingdom is a government.  Every kingdom needs a founding document, and God’s Kingdom is founded on the Bible.
Here's another concept to consider: Every kingdom has an expansion agenda for its growth. The agenda is to expand and take territory for the King so that He might gain more influence in the world. So, from this perspective, God owns Heaven, so to speak, and His goal is to expand His Kingdom in the earth and take territory from Satan. Now, let's take it a step further ... God’s Spiritual Kingdom seeks to invade and expand into our physical realm (“On earth as it is in Heaven”). In this battle to gain new territory for our King, we aren’t trying to hold or maintain ground. We need to war in the Spirit to capture and control new ground. In this way, God’s Kingdom government works by executing His authority over a territory in the same way a 13th Century English King executed his authority over the captured land of other nations.
God’s Kingdom is made to occupy the territory of your heart, which allows God’s influence to be released from Believers into the world.  But there is a Cosmic Chess Match going on between God and Satan, and it is being fought on the battlefield of men’s hearts.  If God isn’t allowed to occupy the territory of your heart to establish His Kingdom there, Satan will seek to fill this spiritual void, and he can do it through his low level demons of unforgiveness, anger, hate, fear, shame, porn, pharmakeia, occultism (like Freemasonry), and any means necessary.
As a counter move to Satan, God seeks to program your heart with His belief system.  At this point, it is important to understand the ways in which our hearts can be programmed:
1) REVELATION (Ephesians 1:17): I pray that the God of our Lord Jesus Christ, the glorious Father, would give you a spirit of wisdom and revelation in the knowledge of Him.
2)  REPETITION  OF POSITIVE CONFESSIONS:   The repeated positive confessions break down the barrier between the conscious and the unconscious.  (“Faith comes by hearing, and hearing by the Word of God”).  That’s why we encourage people after our deliverance sessions to learn affirmative and positive Scriptures to speak out loud when you start hearing Satan whisper his lies in your mind.
3) TRAUMA (Fear/Lies/Repeated Bullying/Torture by demons):  They all create false belief systems that are contrary to God.  (This is called mind control).  It shatters the heart’s belief system into fragments.
So, you can see that the heart is the battleground where we either let God's Kingdom be established, or we give Satan permission to occupy us as his territory.  And it is absolutely essential that we understand our heart connects directly to our Spirit!  2 Corinthians 1:21-22 says, And it is God who has also put his seal on us and given us his Spirit in our hearts as a guarantee. In essence our heart is a portal (a doorway, an opening, a gateway, an entry way) to our Spirit.
So because there is a direct link from our heart to our spirit (which is the essence of our eternal being; the physical body being temporary), it is important that we guard our heart.  When you understand this concept, then Create in me a clean heart, O God, and renew a right spirit within me takes on great significance.  And it becomes necessary that we close any portals that might offer an opening to our heart which gives the Enemy the opportunity to take more ground from God's Kingdom. 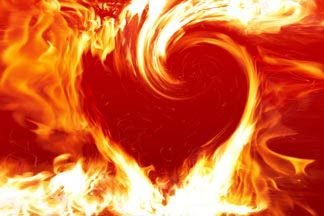 How do we close those portals to our hearts?  First, we need to understand that God, the Father, has cosmic laws that required His Son’s blood in exchange for our eternal life.  Jesus's blood has real power in spiritual warfare, and is capable of defeating demonic beings.  In fact, the blood of Jesus smashes demons, defeats any of Satan’s hierarchy, and seals portals that aren’t from God.
On the other hand, Satan wants to guard and protect any heart he has been allowed access to; and will assign a controlling demon to this portal entry point.  Satan will assign a strongman or gatekeepers, who will monitor and try to control our hearts. And they will fight back with extreme motivation to maintain the portal in the person.
Sometimes the authority for the demon's residence in our hearts has been personally granted via sin(s) committed through our own free will.  But in many cases the strongman’s legal authority is veiled or deliberately hidden.  Furthermore, legal authority may extend all the way back to different centuries. Generational curses, Freemasonry, dedications, rituals, or any satanic legal issue that gives Satan authority will yield territory from God's Kingdom.  Through spiritual warfare, the legal authority can be cancelled and the strongman removed.  And once we win that battle, we can seal the portal inside the person with the blood of Jesus.  And that's a way territory can be reclaimed for God's Kingdom.
And if you are willing, we can go a little further into the mysteries of the Kingdom of God.  We need to consider that Spirits are both persons and realms.  We are spirits; Satan's emissaries are spirits; and the Holy Spirit resides in us when we accept Jesus as our Savior.  But also consider that we, as Believers, are called to live out of the realm called Jesus and we are to submit our realm to Him, so that He might live IN us. This is to say that our bodies and our hearts are the realms in which Jesus and the Holy Spirit reside.  But as Revelation 6:8 shows us, Death and Hell are both physical realms and beings.  The beings of Death and Hades are actual spiritual beings, bodies, or entities AS WELL AS a realm that exists. And I looked, and behold, a pale horse! And its rider's name was Death, and Hades followed him. And they were given authority over a fourth of the earth, to kill with sword and with famine and with pestilence and by wild beasts of the earth. Can you see both the [spiritual] person and the [spiritual] realm in this verse?
I believe it is important for us to understand, at this critical time in history, that as spirit beings, we can engage in battle in the spiritual realm.  Through the power and authority that Jesus has given us, we can protect God's Kingdom and take back territory.  We need to understand that we are operating in two realms -- both heaven and earth! Finding that hard to believe?  Just consider these verses ... Ephesians 2:6:  And He raised us up together with Him [when we believed], and seated us with Him in the heavenly places, [because we are] in Christ Jesus.  When we first believed, our spirit is seated with Jesus in Heaven, while our physical body remains here on earth.  Our spirit is able to operate in both realms.  Colossians 1:13:  He has delivered us from the domain of darkness and transferred us to the kingdom of his beloved Son.  Again, this is telling us our spirits are no longer prisoners here on earth, but have access to the Son of God in His Kingdom, which is in the realm of Heaven. Philippians 3:20: But [we are different, because] our citizenship is in heaven. And from there we eagerly await [the coming of] the Savior, the Lord Jesus Christ. Makes it clear that earth is our temporary home.  As Believers, our spirits are residing in our eternal home, the realm of Heaven. 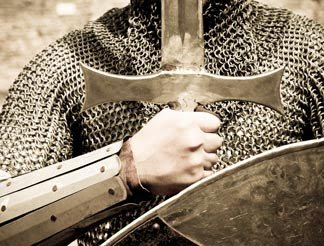 So Scripture shows us that we occupy two realms right now (Earth & the Third Heaven) – and with Jesus’s Power and Authority, we can engage in the Second Heaven also, where the demons and spiritual forces that oppress us reside.  But here's the thing I want you to comprehend:  We shouldn’t be afraid of these supernatural aspects God has given to us. To adopt this mindset, requires spiritual maturity in the Church.  Sadly, we haven't grasped these levels of understanding, and the Church is in danger of being locked into rote rituals and doctrine.
It is imperative we recognize that we were created and designed and empowered to rule with Him right now ... not when we die, not when we become glorified, and not having to wait to be called up as a co-ruler or co-reigner in the Millennial Kingdom.  The Kingdom of God is on earth right now, in our hearts, and we are commissioned to take territory for Him this very day!  And I believe that if we desire to seek a position of authority in the Kingdom, we must come of age spiritually, and begin discipling Believers for the work to be done.
We are heirs with Christ of the Kingdom of God. And heirs to the King are royalty to God.  Everyone believing in Christ and reading this blog is an heir and considered royalty in the Kingdom.  That is why we are often referred to as “ambassadors for Christ”. We can even consider ourselves "viceroy kings" in His kingdom, which means we are rulers exercising Authority in a colony (the realm of earth) on behalf of a sovereign.
We have been given appointed spheres of Authority to mete out justice to the dark side under Jesus’s Power and Authority.  It is important that we understand that He directs and grants heavenly resources including messengers, ministering and warring angels, and a full set of spiritual armor.  God has armed us with the Sword of the Spirit (which is the Word of God, which is Jesus) and He wants us to be a point of agreement in the earth so He can act. By doing so, we tear down Satan’s plans and deliver people from his clutches.
I want to finish by saying that perhaps this sounds like more than you can take into consideration for now.  But I want to give you a word of encouragement.  I believe God is rejoicing to see the work beginning among a remnant of His Body.  It’s a small beginning, but we are maturing and embracing our positions in the Kingdom of God.  May we continue to grow and expand and take territory for the King!

Email ThisBlogThis!Share to TwitterShare to FacebookShare to Pinterest
Labels: The Kingdom of God