A Couple of Thoughts On The Future...

It happens one week from today ... the nation is waiting breathlessly as our country experiences the peaceful transfer of power.  As I watch the circus that has become our political process, I am not sure that anything in this world will change until Jesus returns.  I sense that half of the country is eagerly expecting a new beginning of honesty, authenticity, and trustworthiness among those who govern us; while the other half is anticipating oppression, repression, and suppression.  T
Those who lean Left, politically, fear the loss of all they've gained in the last 43+ years: their newly acquired right to marry anyone of their choice, regardless of sex; their ability to choose to destroy a fetus; and their newfound freedom to culturally express themselves as any gender on any given day.  Those who lean to the political and religious Right hope to see the demise of all those "freedoms".
We, here in America, pride ourselves on our bedrock of Freedom and Human Rights.  As I contemplate our future, both here at home and abroad, I am deeply concerned that we are too far down the path of unrighteousness to effect any dramatic turn in direction.
Take this for instance: the First Amendment to our Bill of Rights protects the free exercise of religion and the freedom of speech, right? But for far too long, our Churches have restricted themselves from being able to express their opinions on moral, cultural, or political issues.
We are all familiar with the 501(c)3 tax status, which exempts churches from paying federal income taxes as a non-profit public charity.  But as I look around at the mega-churches and the healthy bank accounts of even small town churches, I hardly consider churches "non-profit".  What I see is this ... in an attempt to benefit from man's laws, the Church has become a privileged government entity, receiving monetary "favors" in exchange for operating under and representing private civil law.  In other words, our churches now operate under man's law instead of the freedom of God's Law, trading the headship of Christ for the mandates of the State.
Now, along comes Donald Trump, who as our President-Elect, declares that he will remove or repeal the Johnson Amendment, which limits freedom of speech from the pulpits.  This amendment is a change in the U.S. tax code, made in 1954, which prohibited certain tax-exempt organizations (including churches) from endorsing and opposing political candidates.  In this election cycle, Christian citizens received this as a ray of hope that the pastors in our pulpits could return to speaking God's whole Truth without fear of government intervention or retaliation.
But I wonder if it is really the fear of the government that has silenced our pulpits, or the fear of cultural disapproval?  Haven't we really silenced ourselves in an attempt to appease and pacify the growing cultural objection to our Biblical belief system?  Not only have we kept silent, but we have actually adopted the culture as our guiding model for administering our churches.  Same-sex marriage is not only becoming more acceptable in Christian churches, but abortion as a sin is minimized, and the Bible is increasingly discredited.
When I consider that more churches will adapt to these kinds of Biblical sin, yet condemn a healing or deliverance ministry as "too controversial" (even though Jesus modeled both for us!), then I know that Satan has infiltrated the Church and the seminaries.  And it saddens me that we, the Body of Christ in our nation's churches, would look towards the repeal of a piece of legislation as our lifeline, rather than the pure, unadulterated, and solid Word of God.  In reality, all the Johnson Amendment did was to limit pastors from endorsing or opposing political candidates.  But what stopped them from speaking out about political corruption (and preaching what God is really saying in Romans 13); or speaking out about LGBT activism, abortion, cohabitation, unwed mothers -- any of which have become celebrated statuses in our culture?
The truth is that no new administration is going to change our culture overnight, and if we are pinning our hopes on Trump and his gang of "outsiders" to effect any great shift in the direction of our government policies or societal culture, then I'm afraid we are going to find ourselves hugely disappointed. And it is not just our churches that determine whether our Christian principles will be upheld.  Our governmental offices and institutions have the ability to stifle our worldwide Christian outreach as well. 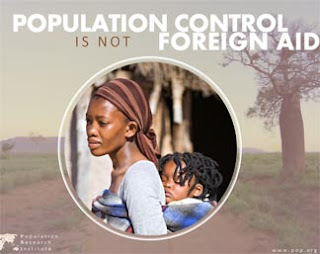 Take for instance, the nomination of Rex Tillerson as President-Elect Trump’s Secretary of State. Many are excited about his executive management skills and I've read more than a couple of inspiring stories about the righteous character of the man.  But I'm also curious to know about the man; especially when I read that, as head of Exxon, Tillerson oversaw large donations to Planned Parenthood.  Are we to anticipate that this organization's radical abortion agenda will be supported as part of our foreign policy?  Also, Mr. Tillerson served on the Boy Scout national board when that organization extended troop leadership to homosexual males.  As a Christian, those actions give me pause, because as Secretary of State, he will have considerable influence on the global impact of the United States, and I am seriously concerned about what social policies we are exporting to the world.
For instance, will he continue to uphold the October, 2016 rule for the administration of USAID (The United States Agency for International Development; the government agency which is primarily responsible for administering civilian foreign aid)?  This rule, enacted by President Obama (without Congress) prohibits organizations that contract with USAID from discriminating on the basis of sexual orientation and gender identity in the administration of aid. In other words, as expressed in an article on Barbwire.com, "authentic Christian principles must be betrayed in order to serve poor, diseased, displaced and suffering people".  Will Christian-affiliated mission groups be barred from service to the disadvantaged of the world unless they endorse the homosexual agenda?  As Roger Severino, director of the Heritage Foundation’s DeVos Center for Religion and Civil Society, said, "Disaster relief agencies may now be required to open their women’s shower and sleeping facilities to biological males who self-identify as women or be stripped of all funding for alleged ‘gender identity discrimination' ". Is that the message we want to send to the world? And is that truly representative of Jesus's form of social justice?
So, as much as I hate to say it, I'm not so confident that change is in our future ... that anything like repealing the Johnson Amendment will affect the culture of our churches.  I fear that our churches have become institutions unto themselves, more concerned about perpetuating their existence than discipling followers of Jesus in how to live a Biblically righteous life.  And I am waiting to see if the attitudes and behaviors of elected government officials will reflect a desire to promote Christian values at home and in the world, or if we will see the continued advancement of our culture's immorality.
To tell you the truth, I am more excited and optimistic when I talk to fellow Christians who, single-handedly, are walking out the Great Commission -- Believers who are being bold and taking advantage of the opportunities presented to them to engage with their fellow man and share their faith.  I'm talking about people who, in the course of their day, share Jesus with their physical therapist, the waitress at lunch, the grocery store clerk, or the child in their classroom.  These are Believers who are not ruled by the laws of men; who do not let the opinions of the disbelieving culture inhibit them from shining the Light of the Lord into someone's life.
I know that will sound like a fantasy dream to some.  But I honestly believe that these simple acts of faith will be honored by God more than all the repealed laws and extraordinary government appointments man can make. Jesus didn't ask us to build massive church buildings and congregations in His Name, or institute powerful governments to represent Him.  He asked us to make disciples of men, baptize them into the Kingdom of God, and teach each man, woman, and child all that He has commanded us.  We do that one person at a time, compromising nothing in our message, and fearing no one but Him.  THAT is the future that I'm ready to witness!  Let it begin with me!

1 Peter 3:15   "but in your hearts honor Christ the Lord as holy, always being prepared to make a defense to anyone who asks you for a reason for the hope that is in you; yet do it with gentleness and respect,"

Email ThisBlogThis!Share to TwitterShare to FacebookShare to Pinterest
Labels: Christian values, God and Government, Our Culture.