As we approach Christmas Eve, and the celebration by millions of Christians around the world, my spirit is less interested in fighting the battle of whether it is pagan or not.  Instead, my heart and my spirit hungers to bring reverence and awe to the birth of God as man. Just that thought is astounding and breathtaking!
And if you are like me, the song O Holy Night never fails to bring tears to my eyes, as my heart swells with the love shown to us by our God. "Fall on your knees, O hear the angel voices! O night Divine, O night when Christ was born!" Those lyrics stir my soul; my mind and my emotions rise to that holy occasion.  But did you know those aren't the original lyrics?  They are the result of an English translation of an 1847 poem called Cantique de Noel, by a French wine merchant, named Placide Capeau. Mr. Capeau asked his Jewish friend and composer, Adolphe Adam, to set the lyrics to music.  The emphasis of the original song stressed the Incarnation as God’s means to redeem men from sin, and as such, they are moving and inspiring:

Midnight, Christians, it is the solemn hour, 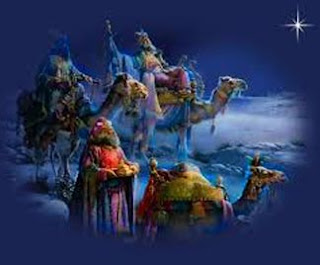 May the ardent light of our Faith
Guide us all to the cradle of the infant,
As in ancient times a brilliant star
Guided the Oriental kings there.
The King of Kings was born in a humble manger;
O mighty ones of today, proud of your greatness,
It is to your pride that God preaches.
Bow your heads before the Redeemer!
Bow your heads before the Redeemer!

Unfortunately, Monsieur Capeau wasn't a regular churchgoer; and in fact, he was an outspoken socialist with anti-clerical viewpoints. Subsequently, his much loved song was banned in France for two decades. But in America, the song gained momentum through a translation made by the Unitarian minister and abolitionist, John Sullivan Dwight. To see how much the song changed from the original, here is the more familiar song, as translated by Dwight, and whose lyrics stressed the universal longing for peace and justice which God’s Kingdom inaugurated: 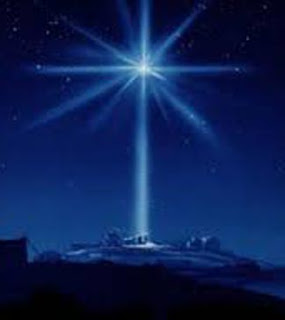 It is the night of the dear Savior's birth!
Long lay the world in sin and error pining,
Till He appeared and the soul felt its worth.
A thrill of hope, the weary soul rejoices,
For yonder breaks a new and glorious morn.
Fall on your knees, O hear the angel voices!
O night divine, O night when Christ was born!
O night, O holy night, O night divine!

Led by the light of faith serenely beaming,
With glowing hearts by His cradle we stand.
So led by light of a star sweetly gleaming,
Here came the wise men from Orient land.
The King of kings lay thus in lowly manger,
In all our trials born to be our Friend!
He knows our need; to our weakness is no stranger.
Behold your King; before Him lowly bend!
Behold your King; before Him lowly bend!

Truly He taught us to love one another;
His law is love and His Gospel is peace.
Chains shall He break for the slave is our brother
And in His Name all oppression shall cease.
Sweet hymns of joy in grateful chorus raise we,
Let all within us praise His holy Name!
Christ is the Lord! O praise His name forever
His pow'r and glory evermore proclaim!
His pow'r and glory evermore proclaim!

I am grateful to both authors for their majestic and glorious words which praise the birth of our Redeemer and the King of Kings!  But that's not the end of this story ... Even though the Catholic Church in France forbid the song from their liturgy, the French people would not let the song die and continued to embrace it--even if they had to sing it outside the official approval of the church.
Legend has it that the French Catholic Church finally received the song back into its worship services after an encounter between French and German troops during the Franco-Prussian War.  During a lull in the fighting, a French soldier began singing "Cantique de Noel."  The Germans were so moved that they responded by singing one of Luther's hymns.  The "songfest" encouraged the soldiers to honor a truce for 24 hours on Christmas.
I can't verify this story, but the following one is true. This song is connected to nothing less than modern technology -- the invention of the radio, in fact.  On Christmas Eve, 1906, Reginald Fessenden (a former colleague of Thomas Edison) was experimenting with a microphone and the telegraph.  Fessenden began reading the story of the birth of Jesus from Luke, Chapter 2.  Around the world, wireless operators on ships and at newspaper desks began to hear a man's voice come out of their machines.  It was the first radio broadcast of a man's voice. . . .and it was the Gospel of Christ.  But it doesn't end there.
Fessenden then picked up a violin and began to play a tune.  You guessed it. . . . . "O Holy Night."  The song written by a wine merchant, set to music by a Jewish composer, banned by church leaders, kept alive by the French, adopted by American abolitionists, sung by troops in the trenches, and at last broadcast to the whole world by invisible radio waves. The first song ever played over the radio:  "O Holy Night."   Fall on your knees.  O hear the angel voices.  O night divine.  The night when Christ was born.  O night divine.
May we all retain the awe and wonder of that holy night, and remember that the Christ child came to pay the price for our sins, and to set us free from our chains of bondage. Born in a humble manger, He came to deliver us all! Praise Him!

John 1:14   "And the Word became flesh and dwelt among us, and we have seen His glory, glory as of the only Son from the Father, full of grace and truth."