It's time to take a break from all the post-election speculation and obsession, don't you think?  And, so it was with cautious curiosity that my husband and I tuned into David Blaine's TV Special, called "Beyond Magic".  Now, for those of you unfamiliar with David Blaine, he is billed as a Magician, Illusionist, and Endurance Artist. To be honest with you, I wasn't all that familiar with him, but the commercial for his special was intriguing, as it appeared that he both disgusted and alarmed celebrities and average folks alike with his displays of mysterious and supernatural magic.
But the real reason I wanted to watch it is because I am becoming more and more aware of the fascination with the Occult in our forms of entertainment.  In fact, it is becoming more popular and more mainstream.  To be sure, one of the finalists on this season's America's Got Talent, was a couple from Vienna, Austria, who called themselves "The Clairvoyants".  The woman partner in the duo dazzled the judges [and America] with her ability to use what she calls her "unique art of intuition" to reveal random thoughts, objects, and personal facts associated with audience members.  And in case you do not know what a clairvoyant medium is, they are able to see spirits, auras, objects and places that are not perceptible to others. But here is what the fascinated audience did not understand ... Only God can read the minds of men.  When men [or women] claim supernatural power to read the minds of others, they are involved in a form of witchcraft and divination, which is clearly condemned by God. 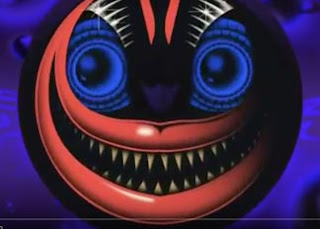 Back to David Blaine... during the opening animation for the show, it was obvious that whatever power he uses to complete his "magic", it is derived from the occult.  Images of demons and the Goat god Baphomet were discreetly portrayed in the cartoon-like introduction.  Was he showing those with discernment just exactly who is behind his success?  And the title, "Beyond Magic"... was that a nod to the supernatural spirits who supply him with the methods to pull off his magic and illusions; and do they provide superhuman abilities to achieve such performances as catching a bullet in his mouth? 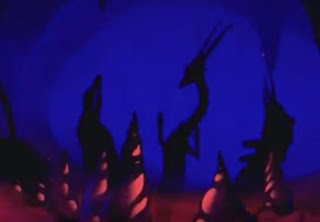 Here is what is becoming obvious to me ... Satan loves to boast and show off what he can do through those who are willing to accept his offer of spiritual power. In so doing, he overplays his cards and shows people exactly who and what is at the core of the game. And this is nothing new!  From the beginning pages of the Bible, God warns against interacting with mediums or familiar spirits; to avoid all forms of the occult, including divination, necromancy, astrology, hypnotism, fortune-telling, magic, etc., so that you might not become defiled by them.
The Bible gives us plenty of accounts of practicers of the occult:  from Simon the Magician, Elymas the Sorcerer, the girl at Philippi, and the entire city of Ephesus; all within the Book of Acts!  But perhaps none are so well known as the magicians, the astrologers, and the sorcerers who advised King Nebuchadnezzar in the Book of Daniel.  These men made their living on their supposed ability to contact the gods and gain secrets from the spirit realm. Yet they were no match for the power and might of Daniel's God who was able to communicate truth to the prophet. 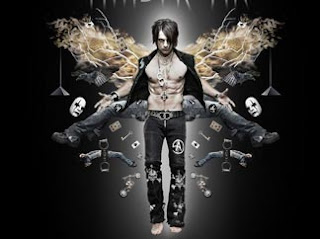 And that is my fear about the increasing amount of occultism that is being presented as entertainment and amusement and diversion to a society and culture that is struggling and hurting.  Because it is not amusing, and it is nothing to play around with.  I fear that it has captured the attention of our youth, drawing them into a realm they are unequipped to handle.  And more than anything, I see it as mocking God.  Just take a look at this image of magician and illusionist, Criss Angel.  First, there are the angel wings. Somehow, I sense they are imitating a Fallen Angel, rather than an angel of the Lord.  He also wears a necklace displaying his "A"symbol above a necklace of the Cross, clearly belittling the power of Jesus. Then there is the key, which represents those properties which unlock the mystical "wisdom" of the occult. It also represents the unlocking of "latent physic powers," thereby opening the doors to the world of the supernatural. You can also see the Ace of Spades, which in occultism is the symbol of ancient mysteries and the card that represents transformation. It all adds up to what Satan specializes in—illusion.  And whether Criss Angel is aware he is opening up portals and being used by the Prince of the Air, or truly believes he has unlocked the mysteries of the spirit realm, it doesn't really matter.  His end will be the same. 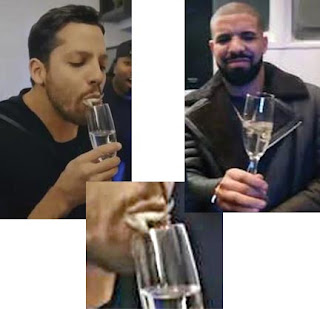 But it was David Blaine's "frog trick" that spoke the loudest of Occultic influences.  It was as if he was enacting Revelation 16:13 before my very eyes.  In Chapter 16 of the Book of Revelation, we are told that 7 angels have been instructed to "pour out on the earth the seven bowls of the wrath and indignation of God."  Just before the final bowl of wrath is poured out, we read this passage in verses 13 and 14:  And I saw three loathsome spirits like frogs, leaping from the mouth of the dragon (Satan) and from the mouth of the beast (Antichrist, dictator) and from the mouth of the false prophet; for they are [actually] the spirits of demons, performing [miraculous] signs.
Not only does the opening animation of "Beyond Magic" depict a frog coming from an open mouth, but Blaine actually references the plague of frogs that came upon Egypt.  But it was the fact that he spits out three frogs from his mouth during the act that convinces me he has acquired powers from the Dark Side.  He is able to perform lying wonders and signs because he has accepted the offer of dark powers from the false god of the air.
Here is what these magicians and illusionists fail to understand: The powers they have received are a counterfeit substitute for the power of God. Whether or not they acknowledge it, they are occult practitioners who serve gods other than the God of the Bible. What these magicians do not grasp is that the power to do magic only appears to be under their control. They are actually being used by demonic beings with superior intelligence to their own. Real evil spirits are willing to be engaged by these magicians in order to captivate both their soul and the audience. They’ll move an object, give you a revelation, mind read, and more. They will draw you in as needed, and is it all according to what the Bible says in 1 Timothy 4:1: But the [Holy] Spirit explicitly and unmistakably declares that in later times some will turn away from the faith, paying attention instead to deceitful and seductive spirits and doctrines of demons.  That is exactly what this new "Age of Satanism" offers as entertainment to the masses.  It is becoming more blatant and tolerated, and is a sure sign of the increasing power of Satan and his followers.
In the end, these modern magicians are no different than the wizards that astounded the courts of the ancient kings.  They are "pretenders of the magic arts", receiving limited powers from the demons of false gods.  Little do they know that they are practicing in the realm of deception and rebellion.  Magic is designed to lead us astray, and the Bible tells us that those who practice magic arts are headed to destruction and disaster.  And the world is mesmerized....

You can watch David Blaine's "Beyond Magic" by clicking on this link.

2 Thessalonians 2:9    "The coming of the lawless one is by the activity of Satan with all power and false signs and wonders,"