As I have previously stated, I don't get too caught up in following the popular preachers and speakers in today's Christian community.  But maybe I should start paying more attention.  Just as a firestorm has erupted over evangelical pastor Andy Stanley's sermon on the sufficiency of the Bible, so has a similar uproar ignited over Jen Hatmaker's remarks regarding same-sex marriage.
I have to admit that I have heard her name, but was unfamiliar with Hatmaker's position in the evangelical community.  She appears to be part of the new breed of evangelical Christians ... a young author, speaker, blogger, and television personality.  Specifically, she and her husband were hired by HGTV to host a show titled, "My Big Family Renovation," chronicling their overhaul of an old farmhouse.  The show became a hit, and HGTV announced that they have asked Jen and her husband, Brandon, back for a new series entitled “My Biblical Doctrine Renovation.” 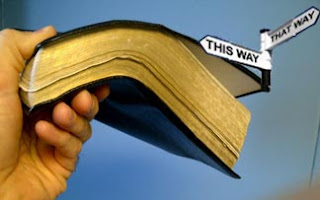 In the words of the network spokesperson, “The Hatmakers have an uncanny knack for tearing down old, worn-out, traditional things and replacing them with new, shiny fixtures and appliances, and they’ll be using these skills to renovate a traditional teaching from Scripture in each episode ... In every fun, relatable episode of the show, the Hatmakers will take a boring, traditional biblical doctrine, rip it to shreds using words like ‘tender’ and ‘nuanced,’ and replace it with something much more modern and acceptable ... Viewers will get to see the detailed, step-by-step process of updating out-of-vogue beliefs into something cutting-edge and trendy.”  If this is the direction the young evangelical community is headed, I'm glad I don't identify with them or adhere to their apostate teachings.
And it looks as if Jen's first "renovation" project is homosexuality and same-sex marriage.  And by the swift response her stance is receiving, I might suggest that she rethink being "modern and acceptable" or "cutting-edge and trendy", and take another look at what the Bible actually says.
The hubbub all began as a result of an interview Hatmaker did with Religion News Service, and the answer she gave to the following questions: Politically speaking, do you support gay marriage?  Her answer:  "From a civil rights and civil liberties side and from just a human being side, any two adults have the right to choose who they want to love. And they should be afforded the same legal protections as any of us. I would never wish anything less for my gay friends.
From a spiritual perspective, since gay marriage is legal in all 50 states, our communities have plenty of gay couples who, just like the rest of us, need marriage support and parenting help and Christian community. They are either going to find those resources in the church or they are not.
Not only are these our neighbors and friends, but they are brothers and sisters in Christ. They are adopted into the same family as the rest of us, and the church hasn’t treated the LGBT community like family. We have to do better".
And how would you respond if one of your children were gay?  Her answer:  "I think we would parent that child exactly the same as the rest of them. Which is to say, we would always be on their side and in their corner and for them and with them. We want for all of our kids the same thing: faithful, committed marriage and a beautiful family that is committed to God and the church. I would have the same standard across the board, no matter what".
You mention faithfulness and God. Do you think an LGBT relationship can be holy?  Her answer: "I do. And my views here are tender. This is a very nuanced conversation, and it’s hard to nail down in one sitting. I’ve seen too much pain and rejection at the intersection of the gay community and the church. Every believer that witnesses that much overwhelming sorrow should be tender enough to do some hard work here".  [There's the "tender and nuanced" that HGTV is looking for!] 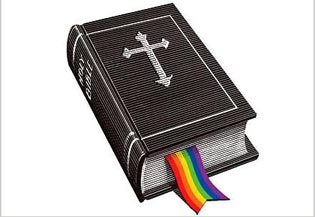 2 Peter 3:9   "The Lord isn’t slow about keeping His promises, as some people think He is. In fact, God is patient, because He wants everyone to turn from sin and no one to be lost."

Email ThisBlogThis!Share to TwitterShare to FacebookShare to Pinterest
Labels: Apostasy, The Bible