The Complex Concept of Unity in the Church

The idea of unity may seem easy to define:  a coalition; harmony, a consensus, solidarity, oneness. And certainly, we get the idea of unity in the Church as a good thing; a concept that is expressed numerous times in the Bible ... Finally, all of you, have unity of mind, sympathy, brotherly love, a tender heart, and a humble mind (1 Peter 3:8);  I appeal to you, brothers, by the name of our Lord Jesus Christ, that all of you agree, and that there be no divisions among you, but that you be united in the same mind and the same judgment (1 Corinthians 1:10); and Knowing their thoughts, He said to them, “Every kingdom divided against itself is laid waste, and no city or house divided against itself will stand (Matthew 12:25). 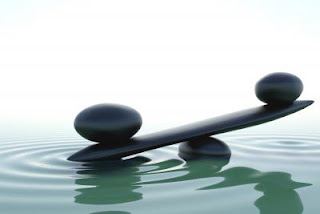 Ephesians 4:15-16    "But speaking the truth in love [in all things—both our speech and our lives expressing His truth], let us grow up in all things into Him [following His example] who is the Head—Christ. From Him the whole body [the church, in all its various parts], joined and knitted firmly together by what every joint supplies, when each part is working properly, causes the body to grow and mature, building itself up in [unselfish] love."

Email ThisBlogThis!Share to TwitterShare to FacebookShare to Pinterest
Labels: Heaven, The Bible, The Church, The Kingdom of God