The Stand-Off In Oregon: Who's Right and Who's Wrong?

Once again, there seems to be a powder keg about to be lit in America.  This time it is a standoff that involves the Hammond family of Oregon and the Federal government, and self-appointed patriots, spearheaded by Ammon Bundy of Nevada, who sincerely believe they are guarding the Constitutional rights of citizens.  But it is easy to get caught up in the rhetoric and the emotions, and difficult to discern the truth from the innuendo and personal agendas. 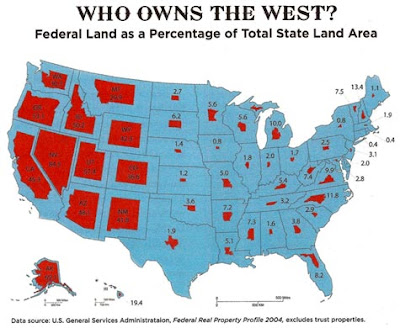 After reading several accounts from various news sources, this is the case, as I understand it.... Everything takes place in the context of the Fish and Wildlife Service buying up all the land around the Hammond ranch for a wildlife refuge. Apparently owning half the land in the West was not good enough for the feds; more was better. Then, the feds allegedly took what seemed like retaliatory actions against the Hammonds after they refused to sell.
The current crisis stems around what were designed to be controlled burns (or fires) conducted by the Hammonds in 2001 on their land; the first, to reduce juniper trees that have become invasive in that part of the country. That fire burned outside the Hammonds’ private property line and took in 138 acres of unfenced BLM land before the Hammonds got it put out. No BLM firefighters were needed to help extinguish the fire and no fences were damaged.  Interestingly enough, a range conservationist for the Bureau of Land Management (BLM) stated that this fire improved the rangeland conditions owned by the BLM.  Let me also say that burns such as this are common among ranchers and farmers in order to control invasive trees and plant life that can prohibit farming and grazing on private lands.
There was then a second fire, in 2006, which was a backfire started by Steven Hammond to protect their property from fires being set by lightning.  Steven's wife, Susan, later testified in court, "There was fire all around them that was going to burn our house and all of our trees and everything. The opportunity to set a back-fire was there and it was very successful. It saved a bunch of land from burning.”  However, the BLM asserts that one acre of federal land was burned by the Hammonds’ backfire, and Susan says determining which fire burned which land is “a joke” because fires [from the lightning strikes] burned from every direction. 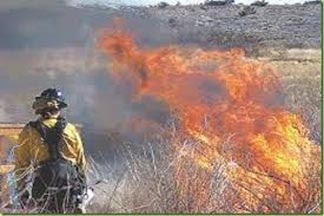 Thank you to Patterico's Pontifications website for the clear and precise understanding of the Hammond family's court cases.

I Timothy 2:1-2     "I exhort therefore, that, first of all, supplications, prayers, intercessions, and giving of thanks, be made for all men; For kings, and for all that are in authority; that we may lead a quiet and peaceable life in all godliness and honesty."