What Is The State Of Our Military?

I took a good look at a recent survey of our U.S. Military by the Heritage Foundation, a conservative think tank based in Washington, D.C.  The highlights of their 2016 Index of U.S. Military Strength revealed some interesting ratings.
For instance they ranked U.S. Military Power as "marginal", with the Army rating a "weak" score. Considering that the Army is the largest branch of our Armed Forces, that should make us sit up and take notice.
And if that's not enough to make you uneasy, here is how they rated Threats to U.S. Vital Interests:   Iran and the Middle East received an "Elevated" ranking; Russia, China, and terrorism associated with Afghanistan/Pakistan received a rating of "High"; and North Korea was rated as "Severe".  It should not be surprising that the Heritage Foundation found these nations to be particularly aggressive during 2015, and they expect that the rapid modernization and expansion of their offensive military capabilities will make these especially worrisome continuing into 2016.  Russia's swift and vigorous involvement in the Middle East is evidence that these predictions are most likely on the mark.
And which of us have any faith in the so-called pact with Iran over their nuclear proliferation?  Does anyone really believe that they intend to honor any treaty they have made?  They have said as much; that they will continue on the path towards nuclear weapons development and the annihilation of Israel. 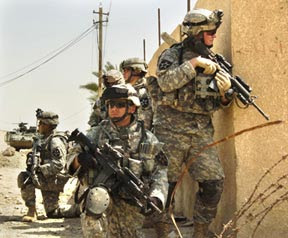 So all this makes the Heritage Foundation's assessment of U.S. Military Power more relevant.  I want you to read, word-for-word, their evaluation .... "Finally, we assessed the military power of the United States in three areas: capability, capacity, and readiness. These three areas of assessment are central to the overarching questions of whether the U.S. has a sufficient quantity of appropriately modern military power and whether military units are able to conduct military operations on demand and effectively.
The common theme across the services and the United States’ nuclear enterprise is one of force degradation resulting from many years of underinvestment, poor execution of modernization programs, and the negative effects of budget sequestration (cuts in funding) on readiness and capacity. While the military has been heavily engaged in operations, primarily in the Middle East but elsewhere as well, since September 11, 2001, experience is both ephemeral and context-sensitive. Valuable combat experience is lost over time as the servicemembers who individually gained experience leave the force, and it maintains direct relevance only for future operations of a similar type. Thus, though the current Joint Force is experienced in some types of operations, it is still aged and shrinking in its capacity for operations."
The Army is "weak" because of a drop in the number of combat-ready troops.  The Navy's fleet is diminished and struggling to meet operational demands.  The index score for the Air Force dropped from "strong" to "marginal", due to a degradation in capability and readiness.  The fighting competence of the Marines is superb, but it is hampered by aging equipment; troubled replacement programs for its key ground vehicles (particularly its amphibious personnel carriers); and a shrinking force.  (That's why it is so difficult to see ISIS driving around the Middle East in our abandoned military trucks and equipment).  Perhaps the most alarming finding of the Heritage Foundation's survey was the greater need to modernize U.S. nuclear capabilities, particularly with regard to aging delivery systems. Continued reliance on legacy systems such as the B-52 will eventually diminish the effectiveness of the nuclear enterprise of our military and lead to the deterioration of our nation’s ability to deter a nuclear attack.
The overall picture that the Heritage Foundation painted was one of a U.S. military force capable of meeting the demands of a single major regional conflict, while also managing various "presence" and "engagement" activities.  BUT, they also concluded that our military would be very hard-pressed to do more than that, and certainly would be ill-equipped to handle two nearly simultaneous major regional incidents.
The bottom line is this:  The consistent decline in funding and the consequent shrinking of our armed forces have placed it under significant pressure.  Essential maintenance of equipment continues to be deferred; fewer units (mostly the Navy’s platforms and the Special Operations Forces community) are being cycled through operational deployments more often, and for longer periods; and old equipment is being extended while programmed replacements are problematic.
Let's face it.  Add all these factors together, and we have a U.S. military that is "marginally" able to meet the demands of defending America’s vital national interests.  So what does this say about the Military-Industrial Complex?  Either they have been gutted by the decimation of funding for our forces; or the corruption is so extensive throughout the Government and Pentagon, that pockets are being lined while the lives of our combat troops are ignored and exploited.  Either way, the common defense of the nation seems to have collapsed, or even been deliberately sacrificed. 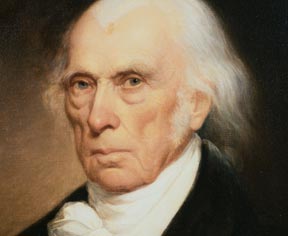 At times like this, I always wonder what the intention was at the founding of our nation.  How would the Founders have viewed the state in which we find our military and national defense?  Consider what James Madison had to say:  "In time of actual war, great discretionary powers are constantly given to the Executive Magistrate. Constant apprehension of War, has the same tendency to render the head too large for the body. A standing military force, with an overgrown Executive will not long be safe companions to liberty. The means of defence against foreign danger, have been always the instruments of tyranny at home. Among the Romans it was a standing maxim to excite a war, whenever a revolt was apprehended. Throughout all Europe, the armies kept up under the pretext of defending, have enslaved the people ... Of all the enemies to public liberty war is, perhaps, the most to be dreaded, because it comprises and develops the germ of every other. War is the parent of armies; from these proceed debts and taxes; and armies, and debts, and taxes are the known instruments for bringing the many under the domination of the few. In war, too, the discretionary power of the Executive is extended; its influence in dealing out offices, honors, and emoluments is multiplied: and all the means of seducing the minds, are added to those of subduing the force, of the people. The same malignant aspect in republicanism may be traced in the inequality of fortunes, and the opportunities of fraud, growing out of a state of war, and in the degeneracy of manners and of morals, engendered by both. No nation could preserve its freedom in the midst of continual warfare."
So where does this leave us?  Certainly, war seems to have been the ever-present companion of man for the last century.  But even in the Old Testament, war was prominent, and often seen as "holy"; often declared by God.  And we are all familiar with the Scripture in Ecclesiastes that says "there is a time for war, and a time for peace."  Ever since St. Thomas Aquinas (1225-1274) formulated the theory of the Just War, it seems that man has rationalized his way into ever-increasing states of war.  To be honest, I don't have a crystal ball to see where our decline in military strength and capability leads us.  Will the next Presidential election change the direction we are headed?  Or is it too late?  Has our weakness been exploited past the time of no return?  Only God sees the future.  All I know is that I long for His Peace and the absence of all the Evil I see.  But I also know that there has to be one final War on Earth before the Prince of Peace comes to reign.  Perhaps we are seeing the world line up, and build up, towards that final conflagration?