How many of you have heard of the "Strong Cities Network"?  Have any idea what it might be?  It sounds like something rather benign, doesn't it -- like a supportive group of interconnected towns for the greater benefit of all?  Well, let's step away from our normalcy bias and take a look at this program and how it might possibly lead to further loss of our God-given freedoms. 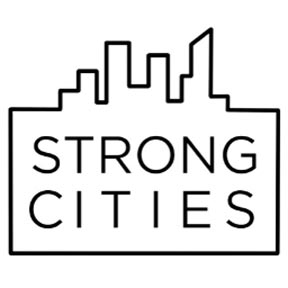 As an excellent article on World Net Daily discloses, this signature program of the Obama administrative was unveiled at the United Nations at the end of last month.  The implied target of the Strong Cities Network is "violent extremism".
Just one day before the mass murder in Roseburg, Oregon, U.S. Attorney General Loretta Lynch announced to world leaders at the UN that the time has come for a more globalized and comprehensive effort to combat violent extremism. She said: “Until now, we have lacked that mechanism. We haven’t had the benefit of sustained or coordinated cooperation among the growing number of cities and municipalities that are confronting this ongoing challenge. Communities have too often been left isolated and alone. But through the Strong Cities Network that we have unveiled today, we are making the first systematic effort in history to bring together cities around the world to share experiences, to pool resources and to forge partnerships in order to build local cohesion and resilience on a global scale. Today we tell every city, every town and every community that has lost the flower of its youth to a sea of hatred – you are not alone. We stand together and we stand with you.”
With New York City Mayor Bill DeBlasio by Lynch's side, the pair were careful to stress that such "a global coalition of cities seeking to combat extremism and terrorism in all of its many forms would not profile Muslims."  But as the WND article pointed out, then who do they have in mind?  Shadram Hadian, a former Muslim and now a Christian Pastor, says it’s no coincidence that the project was launched at the United Nations.  "So who are they going to target when they talk about violent extremism?" asked Hadian, who grew up in Iran and now travels nationwide teaching churches and law enforcement about the dangers of Shariah law. “Well, if you look at their track record, it always seems to be that your violent extremists are your Christians, your veterans and your Second Amendment advocates.”  Wow!  That's a bold and courageous statement!
Yet, the lack of media coverage in the U.S., and the obvious choice of the UN to unveil this program, certainly calls into question the explicit and precise motives of this global policing initiative.  As Paul McGuire, (a minister, author, and World News & End Times events expert) pointedly asks, "The question is Why?  This is massive because it’s such a contradiction to the Constitution, and there was no consultation with Congress, and they did a complete end-run around everything that our Constitution stands for."
So we have to ask ourselves... are we seeing any signs of an agenda that seeks to identify other groups (besides Islamic jihadists) as extremists?  Both Hadian and McGuire suggest that the use of the term "violent extremism" is intended to "draw a moral equivalency among all religions, even though 99 percent of all religious-based violence in the world today involves Muslims killing non-Muslims."
What concerns them (and should concern everyone of us) is the apparent attempt to 1)  negate Muslim radicals with violence in the U.S. and world;  2)  paint conservative, religious people as perpetrators of discriminatory violence,  and 3) at the same time ignore (or at least whitewash) the fact that Christians are increasingly becoming the targets of such violence.  We see any or all of these efforts in the "official" narratives of Roseburg, Oregon; Garland, Texas; Chattanooga, Tennessee; Oklahoma City; Fort Hood, Texas; and the Boston Marathon.  In each of those attacks, Muslims or Muslim sympathizers were identified as the attackers, with their targets being innocent Christians, civilians or the military.  And we mustn't forget that it was black Christians who were the targets of the racist, anti-Christian Dylan Roof in Charleston, South Carolina.
So, why push the narrative that "violent extremism" covers a broad spectrum of people?  According to John Whitehead, a constitutional lawyer, it serves a purpose .... global government.  Now, with the Strong Cities Network, U.S. cities will be cooperating and “sharing resources” with foreign governments around the world. Local police are already training with FBI, DHS and even the military.  This administration's new program lays the groundwork for them to train with foreign police units under the banner of the U.N.
Among the first steps taken will be to merge some of the law-enforcement capacities within regions, with U.S. cops cooperating more closely with those of Mexico and Canada, Whitehead said. He warns, “They’re working to fuse them together, so local autonomy, local authority, will be diluted and eventually eliminated.  They’re already globalizing; technology demands it." 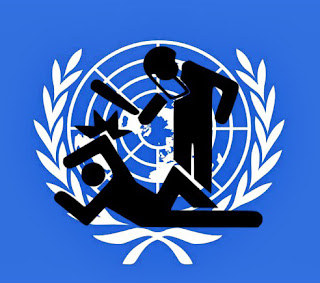 And what should be a lightbulb moment for every American is the use of the terminology "U.S. and international standards".  McGuire points out that the U.N. will always pick a “politically correct” situation in which to intervene.  It will not intervene to stop the slaughter of Christians in the Middle East, but it will intervene to protect transgenders, Islam or perceived racial bias by police, as when U.N. Secretary General Ban Ki-moon called for the protection of civil rights during the Ferguson uprising in August 2014 even as rioters were looting, turning over police cars and burning buildings.
But it is McGuire's next words that should be the lightbulb moment for every Christian in America:  “I believe we are now reaching a tipping point that is going to happen very soon,” he said. “It could happen overnight and most likely after a crisis event. The U.N. is already in control of a great deal, but we are going to see the U.N. come out of the shadows and openly exercise its authority over the United States. They will still have some kind of illusion of the United States for the masses, but I believe the elites are ready to bring global government out of the closet, and we’re going to see a very radical, aggressive change. They want to do this by 2030, and in Paris they’re going to announce another round of sweeping changes (in November) and then you look at all the trigger points, the Syrian war, the international debt crisis, etcetera.”  To underscore this point, the WND article revealed that two dozen cities have signed up including Paris, London, Mumbai, Montreal, Atlanta, Minneapolis, Denver, Tunis, Oslo, Beirut and Palermo, among others.
So, is McGuire alluding to the opening of the beginning Seals in Revelation 6?  It certainly seems as if he is describing a Conqueror, conflict on the earth, and crises that could cause massive famine and death.  And all we have to do is look at the chaos in Europe from the mass immigration and refugee crisis.  World leaders, along with the Pope, seem to be taking us to that tipping point that McGuire warns about.
Perhaps you think that my concern regarding the Strong Cities Network is overblown and mischaracterized.  In response, I would like you to consider these words by global elitist Henry Kissinger in an address at a Bilderberg meeting in Evian, France, May 21, 1991, (as transcribed from a tape-recording made by one of the Swiss delegates):  “Today Americans would be outraged if U.N. troops entered Los Angeles to restore order; tomorrow they will be grateful! This is especially true if they were told there was an outside threat from beyond whether real or promulgated, that threatened our very existence. It is then that all peoples of the world will pledge with world leaders to deliver them from this evil. The one thing every man fears is the unknown. When presented with this scenario, individual rights will be willingly relinquished for the guarantee of their well being granted to them by their world government.”
In my Biblical worldview, this statement certainly seems to suggest what we are told in Revelation Chapters 6-11 --- that the disasters and wars and civil unrest described in this portentous Book of the Bible will be so devastating, and create such a monumental global crisis, that people will embrace anything and anyone who promises to give them relief.  Once entrenched in power, the beast (Antichrist) and the power behind him (Satan) will move to establish absolute control over all peoples of the earth to accomplish their true end, the worship Satan has been seeking ever since being thrown out of heaven.  And as national and world events are showing us, the devil knows his time is short.
But this is not the time for us to give in to fear and despair.  We have a part to play in this End Times scenario ... and that is to endure and spread the Word that there is power in the saving blood of Christ; and to use our Authority in His Name to cast down Satan's evil plans.  Our natural state is to live in the freedom that was bought by our Savior's sacrifice.  Let us reveal our true identity to the world and point the path to deliverance from this chaotic world... the path to Jesus!

Revelation 13:7    "And it was given unto him to make war with the saints, and to overcome them: and power was given him over all kindreds, and tongues, and nations."