Advice For The Daughter In All Of Us

It's not often that I run across an article that says something that I feel should be shared in its entirety.  But in this day, when raising children is beset with all kinds of misinformation through social media and our education system, it is refreshing to see a father give some sensible advice to his daughter.  There are a few things that I would like to add to his recommendations, and I will do that at the conclusion of his commentary.  But, to begin, I would like to introduce John LeFevre, a former Wall Street banker, who left the industry to become a writer for, among others, Business Insider and the Huffington Post.  If I am correct, I believe Mr. LeFevre writes from a secular perspective, yet this article, written for his daughter, offers some logical and well-grounded council.

When it comes to our kids, we seem totally lost. It’s not just that millennials tend to be these narcissistic, overly sensitive, entitled kids who are unable to cope with the realities of life, it’s that we’re the ones enabling this dreary, flaccid, cultural malaise.
So far this year on college campuses, we’ve seen the banning of phrases like “land of opportunity” because they might be offensive; the removal of the American flag from “safe zones” because it endorses American superiority; and the canceling of screenings of “American Sniper” for fear of offending Muslim students. Teachers are even afraid to give low grades because of their students’ emotional fragility.
What kind of adults are we raising them to be? Look no further than the advice the New York Times recently prescribed for being a modern man, which included such absurdities as owning a melon baller and a shoe horn, while sanctimoniously dismissing guns. And the advice that young woman are getting from a media enamored by social justice warriors is even worse – politically correct, unrealistic and even dangerous.
Since I wrote a book about deviance and debauchery on Wall Street that included anecdotes about the celebrated misogyny and objectification of women in the workplace, I get snidely asked all the time, “What are you going to say to your daughter?”  So, now that I have a daughter, [and] here’s my advice for her: 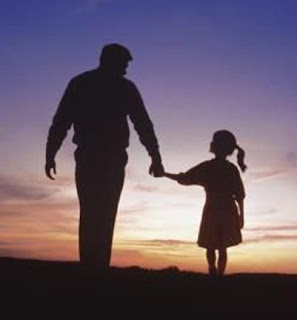 1.     Stand up straight.
2.     Know how to change a tire, but whenever possible, let a man to do it for you.
3.     Your physical appearance matters. That’s the world we live in, and it’s also how we’re wired.
4.      Inner beauty — intelligence, personality, confidence and a sense of humor — becomes more important as you get older. Wit never sags.
5.     You are more beautiful than you will ever give yourself credit for.
6.     It’s my job to keep you safe. That’s why it’s also my job to teach you how to use a gun.
7.     Take good care of your skin.
8.     Don’t worry about dieting. Eat healthy, exercise, drink in moderation and everything will fall into place.
9.     Gender is not a social construct. Embrace the differences between men and women.
10.   Read more. It allows you to borrow someone else’s brain.
11.   It’s safe to assume that almost every guy you meet wants to sleep with you.
12.   If anyone says it’s OK to be fat, they’re lying to you.
13.   Let him pay for dinner most of the time.
14.   Just because you can fit into that tiny dress doesn’t mean you should wear it.
15.   Don’t sleep around.
16.   Play sports. You’ll probably run, throw and fight like a girl, but that’s magnificent.
17.   Money is important. It won’t make you happy, but it solves many of the problems that will make you unhappy.
18.   You will regret getting a tattoo.
19.   If you are blessed with the gift of being able to create and shape a life — embrace it. You’ll probably find it more rewarding than any career.
20.   You have all the power over boys. Let them cherish and revere you.
21.   Ignore the boos; they usually come from the cheap seats.
22.   Don’t try to party like one of the guys. You don’t metabolize alcohol at the same rate, and that’s how bad things can happen.
23.   Success is doing whatever it is that you love, and doing it well. But… (see No. 17.)
25.   Just because your brother might go on spring break with his friends doesn’t mean you can. (See Nos. 6, 9, 11, 22.)
24.   Finally, remember that rules are for the obedience of fools and the guidance of a smart, strong woman.

I would only add a couple of suggestions of my own, and they concern the spiritual life of Mr. LeFevre's daughter.  I would advise her to look beyond what this world tells her defines her as a woman.  I would hope that she sees a comparison between her relationship with her earthly father and her Heavenly one... that she seek to please Her Father in Heaven and to respect and submit to His commands, as much as she does her daddy here on earth.
I would also tell her that there is a purpose for her life greater than the treasures that youth, beauty, and fame can bring; that God wants to work through her life to project His grace and mercy through serving others --- it is not all about her.
And finally, I would recommend that she seek the counsel of older, wiser women who can share their testimonies of hope and faith in a God who has protected them, strengthened them, and grown them through the ups and downs of life.  We all have stories to tell, and our experiences in our salvation process are immeasurable.  Think about it... what advice would you give?

Psalm 31:28-29:    Her children rise up and call her blessed; her husband also, and he praises her:  “Many women have done excellently, but you surpass them all.”

Email ThisBlogThis!Share to TwitterShare to FacebookShare to Pinterest
Labels: Family, Our Youth