I am an unabashed fan of Joel Rosenberg.  He is a best-selling author of fiction, and has been a communications advisor for U.S. and Israeli leaders on world issues.  He is also the founder of The Joshua Fund, a nonprofit educational and charitable organization to mobilize Christians to "bless Israel and her neighbors in the name of Jesus" with food, clothing, medical supplies, and other humanitarian relief.  In short, he is a man after my own heart.
On his blog, he recently revealed a series of amazing facts.  Since September, we have seen the celebration of the Fall Feasts of the Lord, and from Yom Kippur of 2014 until this year's Feast, millions of Jews have begun a quest to find the Messiah.  According to Rosenberg, "For reasons I cannot fully explain, Jews are suddenly searching for answers to the deepest and most important questions concerning life and death and God and atonement and eternity; in numbers unprecedented in history. Some are searching through the Hebrew Scriptures for answers. A stunning number are actually reading the New Testament, most for the first time. They are searching on Google for information about the Messiah."  And he should know, since he and his family immigrated to Israel in September of last year.
Rosenberg's family history is actually quite interesting.  The son of a Jewish father, and a Gentile mother, he grew up in Brooklyn.  According to Joel, when his father discovered in 1973 — after a careful study of the Gospel According to Luke — that Jesus of Nazareth is the long-awaited Jewish Messiah, and received the Messiah by faith, there were fewer than 2,000 Jewish people on the planet who were followers of Jesus. 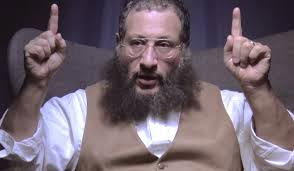 But today, Rosenberg asserts that some 300,000 Jews around the world are followers of Jesus. And millions of Jews are searching for the Messiah and thus reading the Hebrew prophecies, and comparing them with the writings of the New Testament, and trying to decide whether Jesus really is the Messiah they have desperately longed for over so many centuries.
Making a claim that "millions" of Jews are searching for answers about the Messiah is quite an assertion.  But apparently there is a website that has recorded the testimonies of Jews from around the world who have made that life-changing and eternal discovery.  Called, I MET MESSIAH, each video tells the story of that personal "something" which happened in their lives; something that changed each of them and caused them to rethink the usual Jewish views about Jesus.
It was interesting to me to discover that most of them did not realize that Yeshua was born a Jew, or that the first believers of Yeshua were all Jews and the first messianic communities were all Jewish -- such are the efforts of the orthodox rabbinical system to keep the truth suppressed, and most Christians are simply ignorant of that knowledge.  But these Messianic Jews are still Jews in every way.  They observe the Jewish holidays and support the state of Israel.  But they believe that the Messiah has come and His name is Yeshua.  According to both Rosenberg and the website, more than 10 million people have watched these videos just in the past few months.
Do you understand what an amazing fulfillment of prophecy that is?  To begin with, there are several Hebrew prophetic pronouncements about the coming Messiah, all of which Jesus fulfills.  Some of them are that 1) the Messiah will be born in Judea, near Jerusalem, in Bethlehem Ephratah (Micah 5:2);  2) the Messiah will live and minister in the Galilee (Isaiah 9:1-2);  3) the Messiah will teach in parables (Psalm 78:2);  4) the Messiah will enter Jerusalem on a donkey (Zechariah 9:9); and 5) the Messiah will be the Savior of the Jews but also a “light to the nations” (Isaiah 49:5-6).
But it is the Hebrew Prophet Isaiah who gave us still more details about this coming Messiah. He explained that the Messiah would serve as King of the world eventually -- but first the Messiah would be our “Suffering Servant.” That is, He would be rejected by the people, would suffer, and then die as our atoning sacrifice.  Isaiah Chapter 53 paints the clearest picture that Jesus is the Messiah, so it is understandable that those who wish to cling to Jewish Law and the Rabbinical teachings would forbid Jews to read it.   Who does this describe?  But he was pierced for our transgressions, he was crushed for our iniquities; the punishment that brought us peace was upon him, and by his wounds we are healed (Isaiah 53:5).
Perhaps most importantly, do you see how important this is, and how close we are coming to the return of Christ?  The Bible records Peter literally telling the Jews to repent and turn to God so their sins can be wiped out and God will send the Messiah, the one appointed for them, which was Jesus (Acts 3:19-20).  Jesus, Himself, says they will see Him when they declare, "Blessed is He who comes in the name of the Lord", revealing that He is their Messiah.  And, as the videos show, Jews are beginning to declare just that!
I watched several of the videos, and I must say that their testimonies are as varied as the individuals themselves.  Jesus revealed Himself to them in the midst of their pain and their isolation and their confusion.  One particular video gave what I feel is probably a common experience amongst these Messianic Jews ... They fought to overcome the objections of their rabbis and oftentimes the hate and ridicule of their Christian neighbors.  But in each instance, God led them to seek the face of the Jewish Messiah and it soon became apparent... it was Jesus!
And as End Times Christians, this news should excite us and give us hope and encouragement.  Jews are being unblinded and coming to know their Messiah, which tells me that we are getting close to the full number of Gentiles ordained by God; both of which are events that must happen before Christ returns.  The two are connected and prophesied in Romans, and now we have physical proof in the testimonies of these saved Jews.  Maranatha!  Come, O Lord!

Romans 11:25-26    I do not want you, believers, to be unaware of this mystery [God’s previously hidden plan]—so that you will not be wise in your own opinion—that a partial hardening has [temporarily] happened to Israel [to last] until the full number of the Gentiles has come in; and so [at that time] all Israel [that is, all Jews who have a personal faith in Jesus as Messiah] will be saved;
Posted by Pam Kohler at 7:00 AM