The Four D's Of The Enemy's Battle Plan

There is no doubt that our culture is a battleground these days.  Pick any subject and it seems that we are at odds with each other over it.  Black versus White ... Christianity versus Islam ... Homosexual versus Heterosexual ... Rich versus Poor ... Conservative versus Liberal ... there seems to be no middle ground upon which we can agree or come to terms.  It's all or nothing, and there is no mutual respect for differences of opinion.
As in any war, both sides want to win, and defeat is not an option. And in the case of the spiritual war in which we are engaged, all the above issues are fair game.  Our Adversary is using some very subtle tactics as he fights to gain valuable territory ... our souls.
I wish to share with you what I call the Four D's of the devil's tactical plan to defeat us.  I cannot take credit for the categories.  They were published in a 2013 article by Monsignor Charles Pope, titled Four Common Tactics of the Devil.  However, the examples and applications I use to explain how they are being used against us in today's explosive culture are my own.  That being said, I am grateful to Msgr. Pope for his excellent and in-depth article. 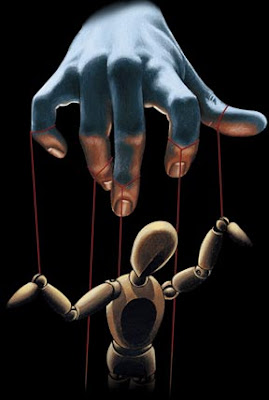 The first tactic used by our enemy is Deception.  We all know that the devil is the Father of Lies, and he is a deceiver.  Yet how easily he draws us into battles based on deception.  How many of the recent altercations and shooting between policemen and citizens have been cases of policemen doing their job?  How many of these situations have involved citizens who were not obeying the law, or who refused to recognize a law enforcement office with any show of respect?  Yet how many have been isolated and presented as the embodiment of prejudice in terms of white on black violence?
Are these cases unfortunate?  Yes!  Is there room for discussion on police tactics and performance?  Absolutely!  But there are complexities in each of these circumstances, and the enemy seeks to confuse and deceive us by simplifying the situation to an "us" versus "them" scenario.  If we are going to win this battle, we must be a seeker of the Truth and quit listening to the lies, exaggerations and half-truths administered by the puppet master.
The second tactic employed by our opposer is Division.  The minute that we quit seeing each other as fellow members of the human race, and start applying labels to those who are different than us, is when the enemy gains a little more ground.  And he is winning this battle today.  Not only is there division between the races and different faiths, but there is even division within each group.  The word "tolerant" has become a convenient and misused catchword; it's amazing how this one word can be both a positive and negative attribute -- what a convenient tool for the devil to cause strife and division within our ranks.
As Christians, we are called to love our neighbor, warts and all ... to forgive their sins as we ask ours to be forgiven.  That commandment includes upholding another's right to make their own choices.  That's the understanding, forgiving, charitable application of tolerance.  Yet we are also called to stand for God's principles and not back down; we are to stand on the belief that there is an absolute Truth that cannot be compromised.  So when that Truth is hidden through deception (tactic #1) or distortion, then we cannot be tolerant of it, and the name-calling begins, and the devil begins dividing us.
The next tactic is Diversion.  The devil is having a field day this week with this strategy!  Take for instance, the uproar over the Confederate flag controversy.  In this instance, our enemy has combined all three of the mentioned tactics in his use of this flag.  There is the Deception that it represents white supremacy to all white southerners, and is therefore a threat to the peace and safety of all black Americans.  There is the Division it is causing between the races and different population groups of our nation.  And finally it is a Diversion in that the devil is using it to force us to focus on the lesser issue of what this historical symbol means to any one person, rather than the greater issue of how we regain our moral compass, and our respect and love for each other in this nation.
The same could be said of the renewed controversy of the use of the "N word".  What an opportunity this diversion provides the devil!  Now that the highest official in the land has used it to divide us as citizens, it has ignited an irreconcilable firestorm of bitterness and applied an unfair stereotype for every southern white citizen in what is supposed to be these "united" states.
And that leads to the final tactic ... Discouragement.  I admit to times of battle fatigue lately.  It seems for every step we take forward, we are knocked back two spaces.  I can honestly say that I harbor no bitterness toward anyone.  I do not wish harm to anyone for their beliefs, their faith, their race, their gender, their social status or any other way in which they might be different than me.
Do I believe there are moral absolutes and standards by which we should live our lives?  Yes, and they are determined by my faith.  But I can disagree with another's choices, and at the same time advocate their right to make that choice.  But I also see how the devil uses that against me.
Those who do not experience faith in God cannot know how the hearts of the faithful bear witness to His love for mankind.  I know that going against the culture will give ammunition to those who wish to deceive us on a personal level, divide the masses, divert attention away from the serious matters, and discourage us from continuing the fight for the Kingdom.  I will be labeled all the things I am not -- unloving, prejudiced, selfish, hate-filled, irrational, fear-mongering, and intolerant.
So the battle goes on ... and it is intensifying with each day.  We must stick with our battle plan to counter the tactics of our Enemy:  uphold the Truth, instead of falling for the Deception; join together in love with the community of man, instead of separating through Division and alienation; stay focused on what matters and don't be persuaded by Diversionary tactics; and renew and strengthen ourselves daily for the ongoing spiritual war -- we must not become Discouraged!  Remember, we know the outcome of this battle and we will be victorious!

Isaiah 41:12    "You shall seek those who contend with you, but you shall not find them; those who war against you shall be as nothing at all."