Cyberbullying: The Evil Behind The Internet

I have long railed against the impersonal and self-centered aspects of the Internet ... Facebook, Tweeting, InstaGram, and all the other self-aggrandizing forms of self-promotion.  With the ability to avoid face-to-face contact, the internet has led a whole generation of young people into a world where they feel powerful through their words, but without having to accept the responsibility of harming another.
Well, that's about to change for some college boys who decided to attack the wrong young woman.  They weren't counting on crossing paths with her dad ... her famous dad, who knows a thing or two about squaring off against opponents ......  Here's the story:

Baseball legend Curt Schilling penned a scathing column Sunday targeting a group of individuals who sent sexually derogatory tweets to his daughter over the weekend.  It started when Schilling tweeted a simple congratulatory message to his 17-year-old daughter Gabby for getting accepted into college.  Moments later, Schilling and Gabby’s Twitter accounts were flooded with vulgar, sexually-explicit messages.  Not one to let these kinds of things go unanswered, Schilling wrote the following answer to his daughter's bullies on his blog:

If you are a dad this is something you well know already, if you are a dad with a daughter this is likely to get your blood going. If you are a boy, or young man, or husband, and you haven’t experienced children yet, or haven’t had a daughter, it’s next to impossible for you to understand.
My daughter, my one and only daughter, has worked her a** off playing sports the past 9-10 years. She’s loved it, and I’ve loved being able to both watch, and coach along the way.  Last week we were told she’d been accepted to college and will begin playing softball there next year.  Clearly, an incredibly proud day.
And [then] tweets with the word rape, bloody underwear and pretty much every other vulgar and defiling word you could likely fathom began to follow. Now let me emphasize again. I was a jock my whole life. I played sports my whole life. Baseball since I was 5 until I retired at 41. I know clubhouses. I lived in a dorm. I get it. Guys will be guys. Guys will say dumb crap, often. But I can’t ever remember, drunk, in a clubhouse, with best friends, with anyone, ever speaking like this to someone…
My daughter comes to me beyond upset. She didn’t do anything, she never said anything, yet she’s now receiving personal messages with guys saying things to her, well let’s just say I can’t repeat and I’m getting beyond angry thinking about it. Her boyfriend, a wicked good hockey player who has a fighting streak I absolutely love is going out of his mind to be let off his leash but unlike the athletes tweeting this stuff he understands the potential consequences of his actions and knows the time and place will hopefully come when he can make it right on his own terms.
These boys have yet to understand one of life’s most important lessons. In the real world you get held accountable for the things you say and if you are not careful that can mean some different things...
This is a generation of kids who have grown up behind the monitor and keyboard. The real world has consequences when you do and say things about others. We’re at a point now where you better be sure who you’re going after. 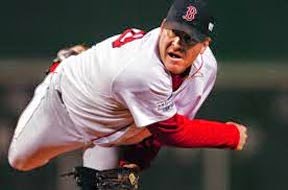 If I was a deranged protective dad I could have been face to face with any of these people in less than 4 hours. I know every one of their names, their parents, where they go to school, what they do, what team they are on, their positions, stats, all of it. I had to do almost nothing to get ANY of that information because it is all public.
What part of talking about a young woman, my daughter or not, makes you even consider the possibility that this is either funny or makes you tough?
.... The ignorance and pathetic lack of morals or of any integrity is astounding.  These aren’t thugs, tough guys or bad a**es; these aren’t kids who’ve had it rough; they aren’t homeless or orphans; these are pretty much ALL white, affluent, college attending children, and I mean children.
A mistake is tweeting once and saying “damn, I’m an idiot” and taking it down. These guys? They’re making conscious choices to cyberbully an amazing and beautiful young woman on the internet, that none of them know by the way, because they don’t like her dad or they somehow think saying words you can teach a 5 year old is tough? Cool? Bad a**? Something I am missing? My right hand to God I promise all of you that tweeted this stuff, the friends around you saying “dude that’s hilarious” and “OMG that’s awesome”? Those people? Inside they’re actually thinking “what an a**#$!Q” and “holy crap what a piece of trash”, no matter what they say to your face.
Ladies? If any of these guys is your boyfriend you’re in for a real rude awakening.   Lastly? Not one of these gutless clowns would even think of saying a word of ANY of this in person.

Now, the rest of the story is that both men were identified by name; one lost his job as a ticket seller at Yankee Stadium over the incident.  The other, a college student, was suspended from school and denounced by his fraternity.  Was this enough to teach them, or anyone else of the "internet generation", a lesson?  Probably not.  You see, our kids have grown up in a cyber world, where nothing seems for real, and they think they are anonymous.  Therefore, the consequences of their actions are never realized.  They don't have to face the person on the other side of the computer screen.  As a result, they are in danger of never developing compassion for their fellow humans.  They don't see the tears, or the shame or humiliation.  They aren't aware of the hurt that is generated from their cruel and ugly remarks.
When a society is no longer able to perceive the condition of being human, or to sympathize with another human being, then you will see more and more cases like this ... a pack of rabid wolves scouring the internet for their next victim to devour.  Kudos to Curt Schilling for reversing the tables, and pulling the masks off these bullies.  I just wish there were more like him to come to the rescue!

Ephesians 4:29    "Let no corrupting talk come out of your mouths, but only such as is good for building up, as fits the occasion, that it may give grace to those who hear."