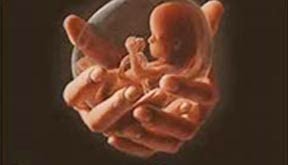 Isaiah 49:1    "Listen to me, O isles and coastlands, and hearken, you peoples from afar. The Lord has called me from the womb; from the body of my mother He has named my name."