How Does It Feel To Be Number Two?

For more than half of its lifespan, the United States of America has been considered the leading economic superpower of the World.  That's quite a run, and one that no other nation can lay claim to.  For nearly 140 years, America's economy has been the largest among the nations; but there's a new Power that holds that position. 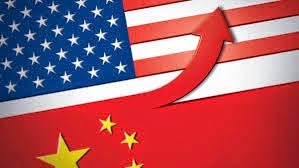 According to the International Monetary Fund (IMF), China just surpassed the U.S. in economic output, producing $17.6 trillion in so-called “real” terms of goods and services. According to MarketWatch.com, as recently as 2000, we produced nearly three times as much as the Chinese.  So how did this happen, and what does it mean for the already shaky American economy?  And what does history tell us this development means for our future, moving forward?
First of all, the United States has been in the forefront of prosperity and production for my entire lifetime.  So a fall in position in such a rapid timeframe deserves some explanation, don't you think?  I am also left wondering if this economic downturn somehow foretells a decline in other aspects of our nation.  Is it just me, or does this state of affairs seem to mirror our diminishing civil liberties, constitutional rights, and rule of law?  Are we seeing the permanent decline of the United States of America?
When you look at it from China's perspective, this is just the evolution that sees them resuming their natural place in the global order.  After all, they have a history of dynasties that go back 3000 years, while the U.S. is not even 300 years old!  They just had a little 200 year blip on their radar screen, which explains our dominance during that time period.  Now, China thinks that things are back to being as they should; and perhaps we just got a little too big for our britches?
The economic gurus will tell you that the bottom line is that China is able to export more than we do, and do it cheaper.  American manufacturing is on the ropes, and China is ready to deliver the knockout punch.  With global powers pushing for a global economy, we are all intertwined with each other ... how many Chinese components are included in "American-made" products?  The truth is that we need, and use, far more Chinese exports/products than they use of ours.  Even if we tried to ban some of our components in the Chinese marketplace, there are emerging economies that are waiting to step in and take our place.
But here's a whole other paradigm to consider ... The IMF is a creation of the United Nations, and here is its official duty:  "to promote international financial stability and monetary cooperation. It also seeks to facilitate international trade, promote high employment and sustainable economic growth, and reduce poverty around the world. Created in 1945, the IMF is governed by and accountable to the 188 countries that make up its near-global membership."  In other words, it was created to establish a global, or one-world, financial system.
But here's the irony ... both China and the U.S. economies are fake; China has built "ghost cities" based on an inflated economy, while we have printed ourselves into a counterfeit recovery.  However, for whatever reason, the global elite leaders have decided that China should now be the nation out front of the world economy. 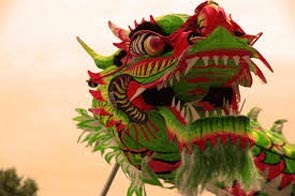 Although this might all seem orchestrated, (and believe me, it is!) we must not forget the ideological changes our Number Two status could represent.  We can expect to see a major change in the psychological, cultural, and moral aspects of the world's nations; because whatever beacon of Freedom we have been to the world is shining just a little dimmer at the moment.  China has not exactly been a bastion of Liberty in the last three-quarters of a century ... Their "cultural revolution" resulted in the deaths of 30 million of their own people, and that's a conservative number.  They killed tens of thousands in Tibet and then invaded Vietnam and India. And does anyone think that their cozying up to Russia is a good thing?
At the end of the day, I can't help but think of the Biblical prophesies that foretell Satan's political and economic systems that come into play close to the Second Coming of Christ.  In fact, Satan even proclaims (in Luke 4:6) that he has been given power over the earth, and he can distribute it to whomever he chooses.  The rulers of nations will be influenced by his evil machinations, and there will be a darkness imposed on the earth by Satan's rule through the governance of men.
But we must not forget that it is the hand of God that is really in control of the rise and fall of great nations and empires.  Satan's influence is ultimately supervised by God.  History is full of the narratives of Egypt, Assyria, Babylon, Persia, Greece and Rome -- all nations that were used for His plan and purpose.  Each one of these nations played a part in the history of Israel and the Church.  We are no different, except that our rise was meteoric, and our fall may be just as spectacular.
The real question becomes this:  is God through with us?  Can we still be used by Him to further His plan, or have we become so enamored by the temptations of Babylon's Harlot, that we no longer care about our purpose?  When, as a nation, we are focused on ourselves, and we ignore or deny God, it makes no difference if we are Number One -- the collapse is inevitable.  If our role as "defender of the free world" is reduced, and we no longer export faith in God to the nations of the world, then our role may well be finished.  When that happens, we will become a footnote in history.

Daniel 5:26-27     "This is the interpretation of each word. MENE: God has numbered your kingdom, and finished it; TEKEL: You have been weighed in the balances, and found wanting;"