What Are We Looking For?

It has been one week since the 2014 Mid-term elections changed the political landscape in our country.  Already, it seems that everyone is looking forward to 2016's Presidential election, and prepared to proclaim the next "savior" of America; the man or woman who is most likely to return us to what the country was meant to be.  But do we truly understand how far off track we are, and to whom we should turn?
At the present, I think a majority of the country recognizes that what we've got now is not working.  But how many of us know that the original intent of this nation was to set up a form of government that would allow its citizens to assume the "equal station" in life that offered them the Life, Liberty and Pursuit of Happiness to which Nature's Laws and Nature's God entitled them?  So the question for me, becomes two-fold ..."Do we know our history and what those terms mean; and how does it apply to us, moving forward?"  Ultimately, does our history matter?
I remember studying the Declaration of Independence in my middle school American History classes.  It always seemed such an important and noble document, and was a reminder of the grave responsibility taken to determine how this nation wished to be governed.  To any serious student, it is apparent that the men given this great task deliberated over how it would be presented to, and accepted, by the people. 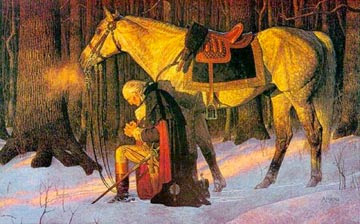 We've all been privy to the argument since the Declaration was written, that the Founders were not Christian men, but Deists.  By the popular understanding of their time, that means they believed that God created this world which included His natural laws of science, morality, and politics; but that He did not actively participate in the affairs of men or nations.  That would mean that our Nation's Fathers gave God no credit for the deliverance of this republic through the trials of its founding, nor would they have thought He had a place in its governance... that He was kind of an absentee Landlord, so to speak. That theory simply does not seem to be supported, based on the following statements:
George Washington:   "It is the duty of all nations to acknowledge the providence of Almighty God, to obey His will, to be grateful for His benefits, and humbly to implore His protection and favor."
John Adams:  "As the safety and prosperity of nations ultimately and essentially depend on the protection and the blessing of Almighty God, and the national acknowledgment of this truth is not only an indispensable duty which the people owe to Him."
Benjamin Franklin:  "My dear friend, do not imagine that I am vain enough to ascribe our success [in the American Revolution] to any superiority…If it had not been for the justice of our cause, and the consequent interposition of Providence, in which we had faith, we must have been ruined. If I had ever before been an atheist, I should now have been convinced of the being and government of a Deity!
John Jay (First Chief-Justice of the U.S. Supreme Court):  "Providence has given to our people the choice of their rulers, and it is their duty – as well as privilege and interest – of our Christian nation to select and prefer Christians for their rulers."
Thomas Jefferson:  "God, who gave us life, gave us liberty. Can the liberties of a nation be secure when we have removed a conviction that these liberties are the gift of God? Indeed I tremble for my country when I reflect that God is just, that His justice cannot sleep forever."
James Monroe:  "When we view the blessings with which our country has been favored, those which we now enjoy, and the means which we possess of handing them down unimpaired to our latest posterity, our attention is irresistibly drawn to the source from whence they flow. Let us then, unite in offering our most grateful acknowledgments for these blessings to the Divine Author of All Good." 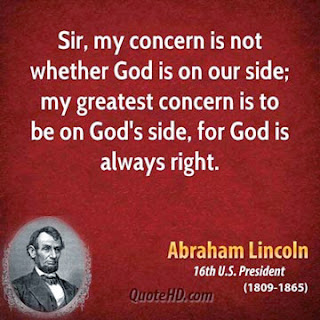 These are just a few of the quotes that are ascribed to the men who ruled us in the dawning days of our Republic.  Do they sound like men who thought God was inactive or idle during the turbulent years of this nation's establishment, or that He did not have a place in the administering of its government?  Although they sometimes used such 18th Century words as "Supreme Ruler" or "Creator", or "Divine Providence", it all points to the fact that they believed a nation could not succeed without the involvement of God; that He should be the ultimate power behind a government. In fact, the language of "Divine Providence" is throughout all the documents and letters of our early leaders.
That term asserts that God is in complete control of all things ... the universe; the physical world; the success and failures of individuals, AND the affairs of nations.  The Founders believed that the purpose, or goal, of Divine Providence is to accomplish the will of God. To ensure that His purposes are fulfilled, God governs the affairs of men and works through the natural order of things.  They surely believed that God had a purpose for this nation, and they ascribed the miraculous defeat of Great Britain, and the establishment of the United States of America, as a sign that we were preserved for a reason.
I know that there are many in this country that would dispute this interpretation of the founding of our nation.  I know that not only would they give God no credit for our existence, but they would insist that we were never meant to be governed by God-fearing men. To them, elections are not the territory of God, nor should they be.
But in my Biblical world view, every nation that has abandoned God or rebelled against Him, and followed their own ways, has reaped the consequences of their defiance and disdain.  Just as Jefferson said, "Can our liberties remain secure, if we do not attribute them to God?"  Unfortunately, I see far too many people looking to find "the Man" to guard our freedoms in the upcoming 2016 election.  And, like Jefferson, I fear that God's justice "cannot sleep forever". 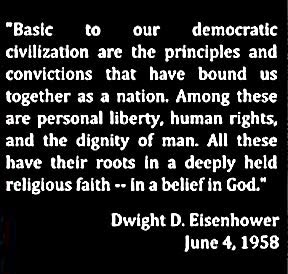 Many of us are still riding on an "emotional high" from last week, and hoping that we might, at last, be delivered from what ails us as a country.  We are busy casting about for the perfect person to right what is wrong, and to lead us out of this wilderness.  But, I'm afraid we've relied on men for too long; and until we recognize that no man has the answer we need, we will not be delivered from this downward spiral.
As I watch and hear all the major newspapers, media, and political big shots insert themselves into the contest for the highest office in the land, I am waiting for some recognition that our next President should be a man who will govern "with a firm reliance on the protection of divine Providence" and that he will pledge "his Life, his Fortune and his sacred Honor" for the benefit of the country.
While our Founders may not have been strict, orthodox Christians, they firmly believed that they needed God to intervene and intercede for them in their time of uncertainty, trial, and war.  Do we need any less?  We have spent far too many elections casting lots, and leaving our decisions up to chance --- It's time to turn to The Word, the Spirit, and Prayer to discern God’s will for our nation.  It may be our last chance.

Proverbs 14:34      "Righteousness dignifies a nation, but sin disgraces a people."