A Message For Us All

Like so many Americans of all races, I am saddened at the state of our country this day.  Ferguson, Missouri has become the epicenter of the racial divide in our nation, and trying to make sense of where we go from here may seem impossible.
We have the White House offering to help protestors "organize" their mutinous demonstrations.  We have ISIS offering to send fighters over to help the protestors -- as long as they agree to convert to Islam, of course.  And we have the parents of slain Michael Brown expressing their "disappointment that the killer ... will not face the consequences of his actions."
But there is enough blame to go around when it comes to "consequences of actions."  Where were the National Guard and police when the peaceful businesses in Ferguson were burning to the ground?  What will be the consequences for those who partook in this destruction?  Is it possible that one of the Grand Jury witnesses was actually killed for his testimony?  The questions go on and on, adding to our conflicting thoughts.
We have a mixture of emotions, and there looks to be no clear path to solving the increasing divide in the country.  (It doesn't help that I feel much of this is orchestrated to get the results we are experiencing.)  At times the problems seem so massive, that I fear our fate is a total breakdown of our society.  Where are the clear heads; those men who can be honest and truthful about the faults that need to be recognized by all parties involved?  But if you are on the verge of despair, I'm here to offer you a vision of hope; some words that are among the wisest I have heard yet.
Benjamin Watson plays the position of Tight End for the New Orleans Saints football team.  As a proud black man, he would naturally be affected by what the nation has witnessed this past week.  Mr. Watson has taken a conventional method of expressing his thoughts (a Facebook post), and introduced an exceptional and rational discourse into the arena of social dialogue.  I would like to share his honest, genuine, and candid remarks with those who have not read it.  And if you've already been blessed by his reflections, share them with someone who needs to hear his expression of hope.

At some point while I was playing or preparing to play Monday Night Football, the news broke about the Ferguson Decision. After trying to figure out how I felt, I decided to write it down. Here are my thoughts:
I'M ANGRY because the stories of injustice that have been passed down for generations seem to be continuing before our very eyes.
I'M FRUSTRATED, because pop culture, music and movies glorify these types of police citizen altercations and promote an invincible attitude that continues to get young men killed in real life, away from safety movie sets and music studios.
I'M FEARFUL because in the back of my mind I know that although I'm a law abiding citizen I could still be looked upon as a "threat" to those who don't know me. So I will continue to have to go the extra mile to earn the benefit of the doubt.
I'M EMBARRASSED because the looting, violent protests, and law breaking only confirm, and in the minds of many, validate, the stereotypes and thus the inferior treatment. 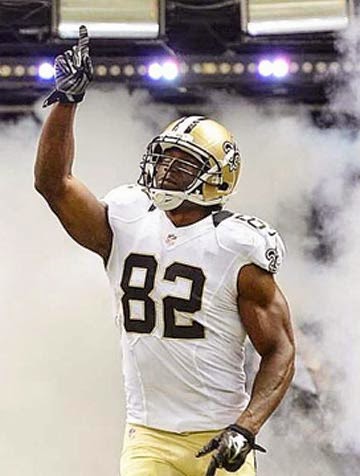 I'M SAD, because another young life was lost from his family, the racial divide has widened, a community is in shambles, accusations, insensitivity, hurt and hatred are boiling over, and we may never know the truth about what happened that day.
I'M SYMPATHETIC, because I wasn't there so I don't know exactly what happened. Maybe Darren Wilson acted within his rights and duty as an officer of the law and killed Michael Brown in self defense like any of us would in the circumstance. Now he has to fear the backlash against himself and his loved ones when he was only doing his job. What a horrible thing to endure. OR maybe he provoked Michael and ignited the series of events that led to him eventually murdering the young man to prove a point.
I'M OFFENDED, because of the insulting comments I've seen that are not only insensitive but dismissive to the painful experiences of others.
I'M CONFUSED, because I don't know why it's so hard to obey a policeman. You will not win!!! And I don't know why some policeman abuse their power. Power is a responsibility, not a weapon to brandish and lord over the populace.
I'M INTROSPECTIVE, because sometimes I want to take "our" side without looking at the facts in situations like these. Sometimes I feel like it's us against them. Sometimes I'm just as prejudiced as people I point fingers at. And that's not right. How can I look at white skin and make assumptions but not want assumptions made about me? That's not right.
I'M HOPELESS, because I've lived long enough to expect things like this to continue to happen. I'm not surprised and at some point my little children are going to inherit the weight of being a minority and all that it entails.
I'M HOPEFUL, because I know that while we still have race issues in America, we enjoy a much different normal than those of our parents and grandparents. I see it in my personal relationships with teammates, friends and mentors. And it's a beautiful thing.
I'M ENCOURAGED, because ultimately the problem is not a SKIN problem, it is a SIN problem. SIN is the reason we rebel against authority. SIN is the reason we abuse our authority. SIN is the reason we are racist, prejudiced and lie to cover for our own. SIN is the reason we riot, loot and burn. BUT I'M ENCOURAGED because God has provided a solution for sin through the his son Jesus and with it, a transformed heart and mind. One that's capable of looking past the outward and seeing what's truly important in every human being. The cure for the Michael Brown, Trayvon Martin, Tamir Rice and Eric Garner tragedies is not education or exposure. It's the Gospel. So, finally, I'M ENCOURAGED because the Gospel gives mankind hope.

Here is a man who offers Hope to the American people ... whether you are black, white, brown, pink or purple polka dotted.  He has been able to respectfully express his reasonable anger; take an honest look at the faults of all concerned (including himself); ask constructive questions; and uphold a moral and righteous code of living.  But most of all, he has offered the only solution that will really resolve the underlying sins of the entire nation.  He boldly proclaims the Gospel of Jesus Christ as the answer; the only answer.  For that, I am deeply grateful for his courage and his faithfulness.  God Bless you, Benjamin Watson.  May your light pervade this darkness!

Ephesians 4:31-32     "Let all bitterness and wrath and anger and clamor and slander be put away from you, along with all malice. Be kind to one another, tenderhearted, forgiving one another, as God in Christ forgave you."

Email ThisBlogThis!Share to TwitterShare to FacebookShare to Pinterest
Labels: Faith, Law and Order, Our Culture.