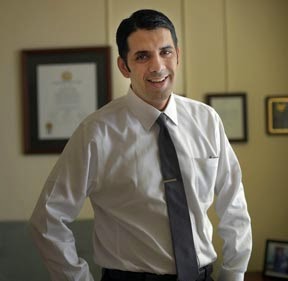 Last week Secretary of State John Kerry announced the appointment of Texas lawyer Shaarik Zafar as the State Department's special envoy to the Muslims of the world.  Then he went on to give a rambling discourse on the U.S. strategy on "religious leader and faith community engagement."  He also claimed that "religion matters", and this motto had become "the mantra in the State Department on foreign policy."  (Unfortunately, it appears that only one religion matters, and Christianity didn't make the list).
He then went on to make some disconnected claims that the fate of Muslim countries and the U.S. are linked together; that it is "laid out in Scripture" that our fates are joined together in a shared sense of stewardship of the earth... to protect God's green earth, and to confront climate change.  All this came together in a disjointed policy statement that we have a "responsibility from God" to protect vulnerable Muslim countries.
Is he really serious?  Especially, in the wake of Muslim atrocities in the Middle East?  And what the heck does climate change and global warming have to do with Muslim outreach?  I'm sorry, but I am really confused as to the purpose of the State Department ... who exactly are they working for?  According to their official website, their mission seems to be multi-layered:  1)  The U.S. Department of State is the lead institution for the conduct of American diplomacy and the Secretary of State is the President’s principal foreign policy advisor. The Foreign Service is a corps of some 13,000 employees dedicated to representing America abroad and responding to the needs of American citizens living and traveling around the world.  2)  Since 1789, their mission has been to provide for the safekeeping of the Acts, Records, and Seal of the United States and other domestic duties, such as the U.S. census and the management of the U.S. Mint.  3)  Today, the primary responsibility of the U.S. Department of State and its employees is to fight terrorism, protect U.S. interests abroad, and implement foreign policy initiatives while building a freer, prosperous and secure world.
Seems to me, that the focus has shifted more to foreign initiatives, rather than protecting our interests abroad, or fighting terrorism (since our government seems to think that the ISIS situation is "manageable").  In that light, just what is Mr. Zafar concentrating his efforts on?  According to the Washington Post, "America's Ambassador to the Muslims" has spent the last few years zeroing in on the civil rights violations, police surveillance and TSA screening of fellow Muslims.  Now he will be in a position to possibly influence America's Muslim-related policies. 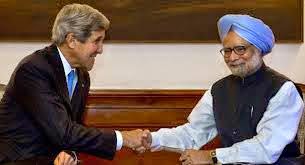 But that may not be enough for many Muslims around the world.  Many feel that the current administration is not doing enough in making Muslim outreach a high priority in government policy.  Apparently, celebrating Ramadan in the White House does not go far enough.  So, now Zafar will be focusing his energy on faith outreach.  Does the State Department really think this is the best policy for dealing with a faith that has become radicalized; with an extremist group that doesn't recognize any religion but their own perverted version of Islam?  Do they think that declaring a new faith-based position will somehow change the course of events and put the Caliphate back in its box?
To be fair to Shaarik Zafar, he has a daunting task before him.  According to the Washington Post article, "His goals chart for the office includes developing a plan to combat Shia-Sunni sectarian violence and trying to discourage American foreign fighters from traveling to conflict areas."  I'm sorry, but that ship has already sailed!  No "ambassador" from America (whether Muslim or not) is ever going to be able to solve the Shia-Sunni conflict, and how does he plan on stopping American foreign fighters, when we can't even establish a policy to profile such people?
Then there is this ridiculous mission statement:  Zafar says he will focus primarily on “pushing open doors” — on matters where cooperation is likely. Two of the State faith office’s top priorities are climate change and entrepreneurship. Another priority is promoting “the creative economy” in Muslim communities overseas, helping them powerfully tell stories through film or art that may help further U.S. foreign policy goals.
Zafar is actually going to Hollywood to try to jumpstart that last brilliant idea. And apparently he thinks he can find common ground through the area of sports, too.  Now there's a high priority issue for Muslims around the world!  Can he really be serious?  Don't they get it?  Those who hate us in the Middle East hate us because of who we are ... period.  They don't care about solving global warming, or building "creative businesses"; and they don't need our help telling their story ... they just want to kill us.
Yet, somehow the State Department thinks that because our President's popularity is exorbitantly high in the U.S. Muslim population (72% approval rating according to Gallup), that they are on the right track.  Zafar admits that his position will not be popular with Muslim-dominated countries such as Pakistan, the Palestinian territories, Jordan, Turkey and Egypt, where he must admit to their leadership that he has no influence on policies of war.  Yet somehow the State Department thinks they can reach out to these anti-American regimes through faith and film and football.  I just find it extremely ironic that the State Department, whose primary responsibility is to protect our interests abroad, is more concerned about appearing conciliatory, and promoting Muslim interests here at home.  Their thinly disguised attempt to use Scripture to bolster their strategy is offensive.

Matthew 22:29     "But Jesus answered them, “You are wrong, because you know neither the Scriptures nor the power of God."
Posted by Pam Kohler at 7:00 AM