TV Is Out Of Control 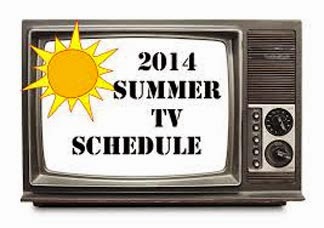 Has anyone else noted the rapidly changing landscape of American TV shows?  I just want you to know that I'm not a huge TV-watcher, so the situation has to be critical for me to even want to comment on it.  In fact, PLW and I work such long hours at our business that we usually have just a few shows during the week that we DVR and watch at night to wind down and calm our brains.
While several of the new shows this summer season looked promising and imaginative, I have been astonished at the subject matter and in-your-face sexuality, violence and evil.  I love quirky and imaginative science fiction series.  And I have been mildly surprised at the insinuations that "other worldly" entities are among us.  (You might be surprised to know how my Biblical worldview supports that consideration -- but that's another topic for another day).  I like good, smart and knowledgeable writing on this subject matter.  But the glorification of Satanic-like creatures and demonic practices is not something that I think is entertaining.
And why does this evil have to be coupled with pornography?  It's not even of the "soft" variety!  The second episode of a new crime thriller managed to couple satanic rituals with one of the most crude sex scenes I've ever seen.  It would have been easily rated R at any movie theater, yet here it was on during prime time.  What happened to the suggestion of sex and passion?  I don't need to see complete nudity, multiple partners, and deviant sexual behavior combined with full-on temptations from the Devil.   Needless to say, that show was deleted from our recording schedule.
Then there was what I imagined would be a thought-provoking show about an American returning to visit his Middle Eastern roots and all the issues that would arise from the West vs. East mindset.  But that show seemed to pride itself on showing the brutality of the fictional Middle Eastern oligarchy, as well as a gratuitous and overt sex scene every chance it got.  And of course, they had to throw in a homosexual relationship between an American teenage boy and his Middle Eastern counterpart.  I'm still trying to figure out the purpose of that plot line, since it is sure to anger a large portion of Middle Eastern Americans.  That show was also deleted from the recording schedule after just two episodes.
But it is not just the new shows that we have sworn off of.  Shows that we have watched for several years because we enjoyed the characters and the unconventional stories have, suddenly, in their fourth or fifth season determined that they needed to up the quota of violence and/or take the sexual content to a new and aberrant level.  And please don't take this the wrong way ... PLW and I are no prudes!  We probably are more accepting of different shows and subject matter that many of our faithful friends would find "questionable".  But we have noticed that we are no longer willing to tolerate images and plots that our spirits find offensive.  We don't want or need that kind of imprinting on our souls.
I would also be remiss if I didn't mention the increasing number of commercials that feature half robot/half human characters.  It doesn't take much intelligence (of the human variety) to perceive the message:  here it comes, the computerization of the human race.  We're all set to become less than we were designed to be, and definitely not in the image of God.
Is it just another manner in which God is removing us from this decaying culture?  And is the current crop of entertainment becoming part of the spiritual war that is assaulting our country?  If you have even an ounce of discernment, you should feel uneasy at the allusions being presented on your TV screen ... aliens/fallen angels/demons; vampires and monsters that are straight from hell ... all thrown together with a good dose of naked bodies, greed and sadistic brutality.  Is this what you want you kids to see?
There is one show that we have grown fond of ... The Last Ship.  The storyline is plausible, and the characters are virtuous and patriotic.  In fact, this is one show that is not afraid to invoke the name and authority of God.  How refreshing to see strong men and women openly praying to God as they deal with a new crisis each week.  I don't know where these writers came from, but may their numbers multiply!

Ephesians 2:2      "You used to live like people of this world. You followed the rule of a destructive spiritual power. This is the spirit of disobedience to God’s will that is now at work in persons whose lives are characterized by disobedience."
Posted by Pam Kohler at 7:00 AM

Email ThisBlogThis!Share to TwitterShare to FacebookShare to Pinterest
Labels: Family, Our Culture.