The Odd Little Fact About the 2014 Primaries 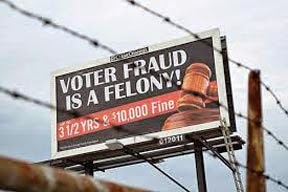 A few days ago I wrote a post about the National Popular Vote bill that could potentially see the President of the United States elected in a different manner.  It's always fun when I get an internet troll who tries to bait me into a confrontational exchange.  I usually acknowledge their first comment, which is often courteous; but when the followup comment becomes nasty and is an obvious effort to get me to say something controversial, I just delete the comment and let them go harass someone else.  That's the nice thing about being in charge of my own blog.  I am tolerant of differences of opinion, but only as long as we are respectful of each other.
In this case, the troll tried to get me to admit that my opinion was wrong, or at the very least to say that my idea of unfair elections was absurd.  I wasn't compelled to do either.   Because I don't know if you are aware of this curious little fact, but out of 139 primaries across the country this midterm election cycle, there was not one incumbent unseated --- in spite of Congress having a dismal 11% approval rating!  That's 139 incumbents elected in 139 contests.  Tell me that you don't find that just a tad suspect.
It seems that everywhere the public showed a favorable inclination to vote for a Tea Party candidate, (or at least for someone outside of the establishment Party), the incumbent ended up winning by a sizable margin.  And that's after pre-election polling showed either very tight races, or the incumbent running behind.  Are you willing to chock that up to 139 "lucky" wins?
Now, in case you are thinking that I am delusional and paranoid -- as my troll commenter accused me in his unpublished rant -- let me back up my suspicions with a few examples.  Breitbart.com reported that claims were made by at least 12 candidates that there were voting machine irregularities during the Democratic primaries in some counties in Texas.  A letter was received by the County Commissioners  “…that numerous inconsistencies and discrepancies have appeared in our analysis of each candidate’s races. We therefore ask that a forensic expert inspect each voting machine to ensure that they have not malfunctioned or been subjected to fraud or tampering.”
Elections in Nashville, Tennessee were marred by at least six voters who were allowed to cast ballots twice.  In addition, The Tennessean reported that the Davidson County Election Commission agreed to refer a suit filed by former employee Rollow Mickle, who alleges he was fired for identifying widespread flaws in how the county runs elections.  There were also reports of lost voting histories, double voting and voters being turned away at the polls.
Watchdogwire reports that in Pennsylvania, voters were suspicious of election results after the Philadelphia City Commissioner identified hundreds of voting irregularities in the 2012 national election.  Controversies over voter photo identification and absentee ballot provisions are leaving voters unconfident that results are fair and honest.
Through just a casual screening of internet articles, there was concern over voter fraud in Georgia, Mississippi, Texas, New York and Nevada.  And these were only the reported ones.  I would suggest that anyone who thinks that voter fraud is not a major concern in our election process is either naive, or simply uninformed.  It just amazes me that I have not heard any major news outlet make a statement on the incredible odds that all incumbent candidates would actually win their primary contests.  But when you realize that such a small percentage of the population actually bothers to vote anymore, I guess I should not be so surprised and disappointed.  After all, it is becoming a sad fact that we are getting what we deserve -- whether we acquire it legally or illegally.

Proverbs 20:17    "Bread gained by deceit is sweet to a man, but afterward his mouth will be full of gravel."
Posted by Pam Kohler at 7:00 AM