What Does It All Mean?

Once again, I am astounded at the news stories that support my Biblical world view.  And even if you aren't particularly religious, you would do well to take notice of how quickly significant events are happening, and the serious effects they could have on our lives.
First of all, we are seeing another rash of earthquakes.  Friday's 5.1 magnitude earthquake in Los Angeles was the second substantial tremor in two weeks.  On March 17th, the city experienced a 4.4 magnitude quake.  Locals are tending to dismiss this one along the Puente Hills fault line as of less importance since it wasn't on the famous San Andreas Fault.  But the U.S. Geological Survey estimates that if "the Big One" hits along the Puente Hills fault, it could kill 3,000 to 18,000 people and cause up to $250 billion in damage. 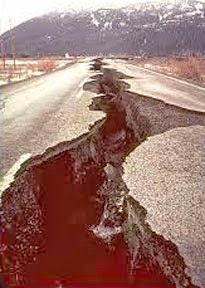 Then there was the 4.8 magnitude quake that rocked Yellowstone National Park in Wyoming near the border with Montana.  The quake on Sunday was the most powerful to hit the park since 1985, giving rise to the speculation that the Yellowstone Super Volcano might be getting active.  (My father barely escaped the massive 1959 Hebgen Lake earthquake in southwestern Montana, which measured 7.3 – 7.5 on the Richter scale and caused a mountain to be reduced to rubble; so this naturally caught my attention).
Now, you might be thinking that this is nothing to get worked up about; a couple of moderate earthquakes is par for the course.  But SHTFPlan.com is reporting that there is more going on under the surface of the earth than you might be aware of.
For instance, there were more than 100 aftershocks after this recent LA earthquake.  And Oregon has seen an unprecedented amount of activity:  recently, more than 100 earthquakes  occurred in a matter of a few days; landslides, mysterious booms and rumblings underground, and a 20-foot sinkhole that swallowed a woman and her dog.  Over the past month, Oklahoma has experienced more than 130 earthquakes.  But it's not just the U.S. that is feeling the earth shake.  Peru has felt several dozen earthquakes in the last month, including a massive one that measured 6.3.  Chile was hit by more than 300 earthquakes in a seven day stretch; 41 of those earthquakes were stronger than magnitude 4.5. 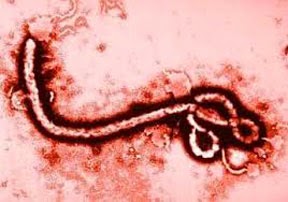 It's not just what's happening under the earth's surface that has me concerned.  It is also what is happening in the air.  And perhaps the news item that sends the most shivers down my spine is the report of the ebola virus outbreak in Africa.  I can't help but picture the scenes from the 1995 film Outbreak, starring Dustin Hoffman, in which a fictional Ebola-like virus called Motaba breaks out in Zaire and later in a small town in the United States.  The film was quite graphic in its portrayal of the fever, rash and hemorrhaging side effects, along with the drastic measures taken -- including martial law -- to control the spread of the virus.  (Interestingly enough, a real-life outbreak of the Ebola virus occurred in Zaire only a few months after the film was released).
Only now, this terrifying hemorrhagic fever is for real, and has spread rapidly from the west coast of Africa in Guinea to neighboring Sierra Leone and Liberia.  At least 70 people have died in Guinea in the last few weeks, but the most frightening aspect of this virus is that in just the last week, it has traveled 526 miles to Conakry, Guinea’s capital city of two million people.
The Ebola virus seems to remain isolated in Africa for the time being, but if one infected individual boards an international flight to Europe, South America, Asia or the USA then all bets are off.  We would likely see a deadly contagion like the modern world has never seen.  World health officials are reporting that if even a single case pops up in the United States or Canada it could cause mass panic, and for good reason. Nine out of ten people who contract the virus would likely perish.  This is a very serious situation. 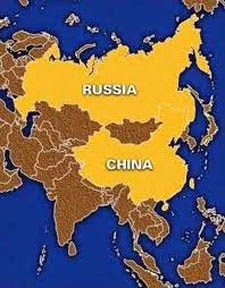 But equally serious is the instability of the world's economy and global peace.  China is jockeying to become the next Economic Superpower, while Russia is flexing its military muscles and setting its sights on the Baltic countries, Finland, and even making its presence known in Cuba and South America.  (More on this tomorrow).  It feels as if the ground is literally and figuratively shifting under my feet.
You see, I know the prophetic message that the Lord has given all of us through His Word.  There will come a time when He's had enough of man's cruel and brutal behavior towards each other; and when our offenses towards Him have reached the limit.  He will then intervene in the world's affairs and will cause these kinds of earthly disturbances.  He will send plagues and deadly diseases upon mankind.  He will manipulate nations, saying "I will turn you around and put hooks in your jaws to lead you out with your whole army--your horses and charioteers in full armor and a great horde armed with shields and swords."  In short, He will break His silence and allow His judgments to be manifest upon the earth and all mankind.
Why now, you might ask.  These occurrences are no different than nature's prior disasters in history; or the Black Plague in the Middle Ages; or the changing of the political landscape and the rise and fall of nations that have transpired for centuries... technology just allows us to be more conscious of these events.
True, God's creation of man and planet have suffered similar periods of devastation, evil and chaos since the dawn of time.  But He clearly tells us that there will be a limit to His patience, and He will demand our allegiance and obedience.  There will be millions who will suffer during these times; yet they will continue to mock Him and refuse to acknowledge Him.  But He will allow the destruction and ruin to happen, while giving mankind one last chance to accept His gift of salvation.
So, are these the "birth pangs" that the Bible speaks about?  Are these the signs that we are to take our eyes off the distractions of our selfish lives, turn, and look up?  I feel a strong urging that time is short for those who do not know Him.  Please try to help someone by telling them about God.  At the rate things are happening, each day could be the last chance they get to save their soul.  Listen to our Savior ....

Matthew 24:7-8     "For nation will rise against nation, and kingdom against kingdom. And there will be famines, diseases and earthquakes in various places. All these are the beginning of sorrows."