I just received word that one of the most uniquely spiritual men I have known has been given one week to live.  It's not often that you come in contact with someone who is beyond description; who, in one Divinely-planned encounter, changes your life.  Bobby Drinnon did that for me.
The fact that you are reading this blog today is because of Bobby.  Let me explain:  I had heard about him from my very good friend, Chris.  It seems Bobby had been given a gift of extrasensory perception.  While drawing inspiration and guidance from his Christian faith, he offered what he called "intuitive counseling" to help people embrace God's purpose for them.  He was called many things by those who misunderstood his gift and his purpose.  He would tell you he was not a "psychic" or a "prophet" or a "channeler".  He would tell you that his work involves the simple exercise of a little-understood, but very human, ability to perceive aspects of past, present, and sometimes future conditions. In Bobby's case, intuitions are manifested through dreams, spontaneous impressions, deliberative meditation, and the visual perception of auras, which are the energy fields that emanate from all living things and from human beings, in particular.  In other words, Bobby gave God credit for the messages he received. 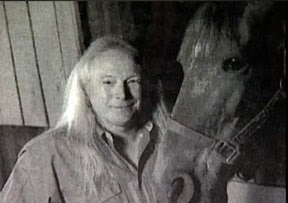 Psalm 34:19     "Many are the afflictions of the righteous, But the Lord delivers him out of them all."