Are They Planning A Pandemic?

I know many will think this is just another of my paranoid speculations, but anytime a "warning" comes in such specific language, laying out perfect scenarios and timelines, then I gotta wonder if the fix is already in. What I'm referring to is the evidence that the H7N9 strain of the bird flu has mutated and crossed over to humans; and then this statement by Dr. Thomas Frieden, the Director of the Center for Disease Control, last week:  "Authorities should definitely be alarmed and get prepared for the worst-case scenario." 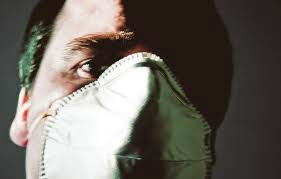 So why should we take this warning siren any more seriously than all the other flu scares?  (ASIDE WITH MY TIN FOIL HAT FIRMLY IN PLACE: If you are watching the TV series, Revolution, it is suggested that the government intentionally infects the populace.)  But I digress... back to the question at hand.  Is it possible that this warning is for real?  As Mac Slavo at SHTFPlan points out, the officials at the CDC and the World Health Organization are laying out the steps to "a perfect storm" that could result in a world-wide pandemic.  Follow the development: According to the WHO, the H7N9 bird flu virus is one the most lethal influenza strains ever identified. The first case appeared in China in late February and has since spread to many others.  Of the nearly 250 officially confirmed reports of human infection since last year, a quarter of those infected have died.  These are laboratory confirmations, so in all likelihood there are hundreds, perhaps thousands, of others who may be infected with the virus that haven’t received medical attention.
OK, you say, it's pretty much contained in China.  How does that translate to a pandemic?  Think about world events coming up, and you'll see just how easily it could be spread.  January 31st was the start of the Chinese Lunar New Year, and billions of Chinese will be celebrating and on the move, creating ripe conditions for the spread of the influenza virus from those already infected.
Next, imagine that just one person becomes infected, but hasn't shown outward signs of the disease, and gets on a plane to come to the Winter Olympics.  Now you have a whole plane full of people breathing that re-circulated air, becoming potential victims.  That's not even considering all the people from all over the world that will be attending the Olympics, and then returning to their home countries.  It's the perfect breeding ground for the perpetuation of a world-wide pandemic!
Also, keep in mind that Eastern China's goal of becoming a global economic, financial, trading and shipping hub means that businessmen from around the world are flying into and out of Shanghai and Beijing at record numbers.  When the WHO's China representative releases figures showing that half the people infected with H7N9 had no contact with poultry, then anyone is a potential carrier. 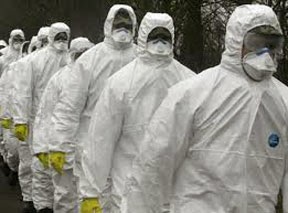 Seem far-fetched?  Maybe. Then there's the other side of the conspiracy coin, as presented by NatureNews.com.  We know that both the WHO and the CDC routinely hype infectious disease for the primary purpose of pushing vaccine sales.  Remember when the WHO declared a "phase six pandemic" on the last big influenza scare, and then it was revealed that most of the decision makers at WHO were receiving financial kickbacks from vaccine manufacturers?  Could this just be another vaccine hype?
The problem is, we just don't know.  Both scenarios seem plausible, so what are we, the average citizen, to think or do?  First of all, I am a student of Bible eschatology and very aware of the prophecy of the Fourth Seal in the Book of Revelation.  Death will be released and one-quarter of the world's population will die by plagues, disease, and the beasts of the earth.  If H7N9 mutates to transmission rates of other flu viruses, which is certainly a possibility, then we could well be looking at a mass global pandemic – and according to WHO the H7N9 is mutating 8 times faster than a typical flu virus.  And I have long heard rumors that deadly viruses are manufactured by the Super Powers as bioweapons to be transmitted among unsuspecting populations.  Sounds like "the beasts of the earth" releasing Death to me!
So, whether you credit the Bible, conspiracy theories, or the natural spread of disease, for the likelihood of a pandemic, it appears as if the so-called "experts" are preparing for the worst.  What should you do?  Some very basic advice is to be prepared in advance to isolate yourself should an epidemic break out.  Stay out of malls, schools, airports and grocery stores.  Have a store of water and food so you can quarantine yourselves and be self-reliant.  Stock up on face masks, and make sure you have an ample supply of all prescription medications on hand, as well as pain relievers, stomach remedies, cough and cold medicines, fluids with electrolytes, and vitamins.  The key is not to panic, and to be prepared physically and spiritually.  It is not only our bodies that will be under attack, but our way of life, and our spiritual health.  Whether this is another phony scare or not, we must stay vigilant and prepared!

Luke 21:11    "There will be great qearthquakes, and in various places famines and pestilences. And there will be terrors and great signs from heaven."