As the subtitle of my blog points out, I write from my perspective as a normal, God-fearing American woman.  I don't have access to any more information than the average citizen.  Perhaps I pay a little more attention to domestic and world events, but there are lots smarter people than me among our nation's inhabitants.
That's why this whole issue of immigration is so darn distressing.  I live on a border state and I see the effects of an unenforced immigration policy.  The drug cartels are becoming an increasingly dangerous aspect of our everyday lives.  Crime is on the rise; my health insurance premiums are skyrocketing to cover the healthcare costs of non-citizens; and it's not just Mexicans who are crossing our borders indiscriminately. 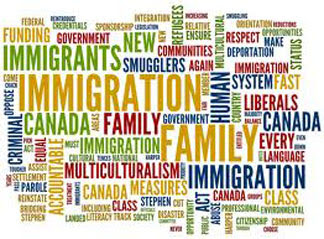 Let me make it perfectly clear that I do not condemn any law-abiding Mexican citizen who wants to escape the hell-hole that is Mexico for a better life in the U.S.  If I were them, I would do everything in my power to save my family from the corruption and desperation that is life in Mexico.  But I could tell you hair-raising stories from personal friends who have encountered members of the drug cartels and terrorist organizations on their properties; tales that range from finding prayer rugs and Qurans in the middle of pastures, to testimonies of being shot at with high-powered rifles as they traveled down ranch roads, to returning home from a grocery-shopping trip to find their gate smashed in and an abandoned cartel vehicle in their driveway.  These are not the stories you are hearing on your nightly news.  These are the stories no one wants to talk about.
Instead we see all the lame and bi-partisan bickering among those who are elected to serve the American people.  I am getting pretty sick and tired of the pandering by both parties to try and figure out how to secure their power for the next generation.  I am disheartened to hear that "amnesty" should take precedence over securing the border.  I'm all for encouraging hard-working immigrants to join our ranks and become an American; we are a boiling pot of different cultures, and we are made a better and stronger nation when new groups assimilate their talents, virtues and moral codes with our unparalleled American values.  But none of that will happen if the evil that is traversing our borders continues to have free access and is allowed to gain a foothold.  I fear the consequences of what one group of men could do to an American city.
It's a sad fact that I don't trust any of our leaders --- from either party --- to do what is best for the American citizen.  Every day we hear of back room meetings and closed door summits, and I sincerely doubt they are discussing how to protect the tax-paying, legal residents of this country.  Is there a solution that will please everyone?   That will allow immigrants to become legal citizens and guarantee that our government will protect the borders and sovereignty of this nation?  To be honest, I'm not sure there is.  And I guess the thing I resent the most is that everyone seems to be trying so darned hard to figure out how to make the millions of illegal residents legitimate voters.  What about my vote?  It obviously doesn't count for much and I'm not part of any voting bloc that they are courting.  And so I don't have much hope that the decisions being made in the halls of Congress this week will benefit me. Because I am realizing that it is no longer about me, the normal, God-fearing American citizen.  There is a new concept of America on the horizon, and one I worry that I will no longer recognize.  I sense a rush to make the most of an opportunity, regardless of whether it is best for the country or not.   I can't help but think of that old adage, the devil takes a hand in what is done in haste.

Proverbs 11:14     "For lack of guidance a nation falls, but victory is won through many advisers."