The Message of Memorial Day

Since the Civil War, our country has honored our fallen heroes; the men and women who have died in war in order to preserve the liberty and freedoms that we all share.  We have time-honored observances such as the placing of flags on the 260,000 gravestones at Arlington National Cemetery and the 150,000 graves at Jefferson Barracks National Cemetery in St. Louis; plus the placing of candles on the 15,300 Civil War grave sites at the Fredericksburg and Spotsylania National Military Park.
These are a few of the official ceremonies that often go unnoticed by the majority of American citizens.  Granted, there are those of us who are moved by these nearly sacred rites, but for most people, Memorial Day has become reduced to a three-day Federal holiday, with little individual recognition of its true meaning. 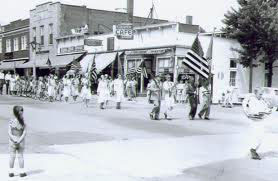 I can remember, as a child, when communities would gather for parades, replete with American flags, marching bands, and floats --- all with the express purpose of honoring the veterans within our midst.  These men would be saluted and hailed for their bravery and duty to our country;  THEY were the reason for the holiday.  And I instinctively knew that these were special men.  This was their day and we were there to honor them.  All the fun and festivities were a by-product of our country celebrating what they had done for us.
Yet today, many of our kids just know Memorial Day as the end of the school year; an extra day off from school before graduation; or a time their parents get together for beer and Bar-B-Q.  Even with the  thousands of casualties from ten years of war in Iraq and Afghanistan, and the images of soldiers with missing limbs that are a daily reminder of the sacrifices made on our behalf, I am afraid that Memorial Day is still treated with a degree of irreverence.  It is up to us to change that.
I urge each of us to do our part in restoring the appreciation and high regard with which we used to celebrate this national holiday.  We can begin by making sure the children within our sphere of influence know the history of why we mark this day.
Don't just hang a flag outside your door.  Tell them why you are making that statement.  And then make sure they know the cost of their freedoms.  The numbers don't lie.  Historians think that nearly 25,000 Americans died establishing our freedom from Great Britain.  Over 600,000 soldiers died in the Civil War; over half a million in WWI and WWII, with 140,000 buried throughout military cemeteries in Europe.  We lost nearly 68,000 brave Americans in the rice fields and jungles of Viet Nam, and, so far, approximately 4500 in the War on Terror. 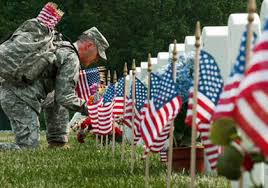 Make sure they realize that American men and women have sacrificed the most precious thing they own -- their lives -- on behalf of foreign citizens.  Yes, they need to know the truth about the "not so honorable reasons" that wars are fought, but that is a discussion for another day.  This holiday is to commemorate the memories of those who fought for the right reasons.  This is about one person laying down his life for another.  This holiday is about what America stands for.  Let's recapture what America symbolizes.
As the sun rises on this sobering holiday, I am reminded of a saying by William Gladstone, the leading British statesman of the Victorian era, who served as Britain's Prime Minister four times:

"Show me the manner in which a nation or a community cares for its dead and I will measure with mathematical exactness the tender sympathies of its people, their respect for the laws of the land, and their loyalty to high ideals."

These are all principles we are in danger of losing.  These are the same principles that motivated our citizens to pick up a gun and fight for freedom, both here and abroad.  And finally, Memorial Day represents those who died protecting these important principles.  The memories of our Fallen Heroes deserve to be recognized.  Today is not about hotdogs, hamburgers and family gatherings.  It's about restoring respect for the sacrifice made for you and me.  Let each of us do our part in restoring the meaning of Memorial Day.  Dedicate one moment out of the day to give thanks to a veteran who did his part for this great country of ours.  We owe them that .... and so much more.

Galations 5:1       Stand fast therefore in the liberty by which Christ has made us free, and do not be entangled again with a yoke of bondage.
Posted by Pam Kohler at 7:00 AM