It is far too easy to become mired in the problems of our own country, and forget that half a world away, people are being massacred and forced to flee their homes.  Here, in America, we are focused on Sequestration, gun control, higher taxes and an out-of-control spending problem.  But, in the war-torn country of Syria, people are fighting for their lives. 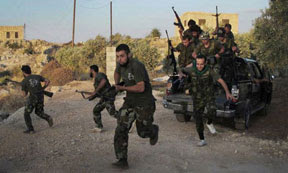 CBN.com (The Christian Broadcasting Network) has done a superb job of covering the continuing civil war in Syria.  They have brought us, not only the political news of the war, but the human perspective.  I admit, that the dynamics of this civil war are confusing to me.  On the one hand, you have the tyrannical dictatorship of Bashir Assad, who has committed atrocities against the people akin to Saddam Hussein and Muammar Gadafi.  On the other hand, you have the "rebel forces" who are valiantly fighting the regime, but whose ranks are filled with a conglomeration of Al-Queda jihadists and terrorist insurgents from across the Middle East.  Is it possible to have two "bad guys" in this scenario?
The real tragedy of this civil war are the hundreds of thousands of innocent citizens who have been killed or forced to flee their homes.  According to CBN, "former U.N. Secretary-General Kofi Annan's cease-fire plan for Syria has been shattered, not only by the massacres [carried out by the Assad regime], but by anti-government attacks from the armed opposition [rebels, terrorists and insurgents]. Blue-helmeted U.N. observers travel from town to town, listening to the accounts of atrocities after they occur."  [Emphasis is mine.]  Once again the U.N. proves it is unable and inadequate!   Exactly what do the U.N. observers hope to accomplish?  Asking all parties "to play nice" hasn't protected innocent civilians from the atrocities of this war. 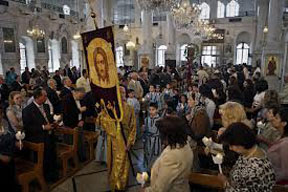 One disturbing CBN article reported that "Syria's 2,000-year-old Christian community is being devastated by the country's civil war."  Journalists, in talking to refugees that are flooding across the Syrian border into Lebanon, Turkey and Jordan, have reported that Muslim rebel forces are especially targeting Christian families and communities; sometimes shooting them in the head, just for being Christian.  According to the article, "Syria's population of 2 million Christians is the second largest in the Middle East after Egypt, and now whole villages are disappearing when Islamist rebels arrive."  Where is the international outcry over this inhumanity to man?  According to one patriarch of a Syrian family, "there is a great silent exodus taking place."  Interestingly enough, most Christians remain in Syria while others, Alawites and Sunni Muslims, are leaving.
It is estimated that there have been over 600,000 refugees who have fled the civil war in Syria.  Many times it is the Christian churches in Jordan and Lebanon who are ministering to the needs of the tens of thousands who are not of the Christian faith.  And it is the tender mercy of Christ's followers that is making an impact on these traumatized refugees.
As CBN reports, many of these Syrian refugees are experiencing Christian love for the very first time.  "They say you treat us like a human and not like others," one pastor said, even as he is careful to hide his identity.  It is always dangerous for a Christian to attempt to minister to Muslims in the Middle East.  Yet they do it out of love and compassion.  The pastor continued, "[We] take this opportunity to show the light in the darkness because the people who go outside Syria, they are hopeless.  Before they didn't have the chance to listen about the Gospel or about Jesus. But right now we have the chance to show them the love and mercy and our prayer for what we do for them." 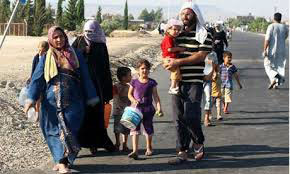 Many of these people flee their homes with only the clothes on their backs.  So you can imagine that when a church offers them a hot meal, clean clothes, and a place to sleep, that they are overwhelmingly grateful.  And if the pastors and churches get the opportunity to share the word of God, then they take it.  "We are caring about their souls as we care about their bodies," the pastor said.
CBN interviewed one family who had received help from a Christian organization after they fled to Jordan.  The head of the family is a Sunni Muslim who served as a medic for the Free Syria Army, or rebel movement. He said his efforts led Assad's government agents to torture and imprison him.  "They were seeking information about my friends and their movements. I refused to tell them anything," he said. "It was terrible. They beat me so badly, I couldn't lie down for one week."
"Hamza" said his captors let him go after he paid them money. He and his family later fled to Jordan and now live in an apartment.  Hamza is unemployed; a Syrian friend pays the rent. But Hamza said it is food deliveries and regular visits from caring Christians that have made a lasting impact on his family.  "Going to the church we are respected, we maintain our pride and dignity. Most of the other organizations are not providing help," he said. "The biggest difference between the church and the other organizations is the love and feeling the Christians have for us."
And that is how Christ transforms lives!  As you can imagine, life as a refugee can be a life in turmoil.  The refugee camps are often chaotic and disorganized.  But as one woman told a CBN reporter, "It was the Bible people that came to us and gave us food and clothes and loved us and played with our children. It was the Bible people who were there for us."
I guess I wanted to bring you these stories and this picture of the Syrian civil war, because I don't want us to lose focus on how God continues to be present throughout world events.  As I stated before, I confess that I don't get a clear picture of any "good guy" in this conflict.  And I'm a little confused as to why our new Secretary of State, John Kerry, has said the Obama administration will give the Syrian opposition an additional $60 million in aid.  Shouldn't we be a little more certain as to who and where that money will go?  If Al-Queda has its tentacles in the midst of the Syrian opposition, is this really a good idea?  But, as usual, I digress.  This post is about God showing up in spite of our best efforts to spoil His plan.  And He is becoming more evident to the devastated Syrian refugees.
In the midst of the tribulations of these wartime refugees, "The Bible People" are having an influence in their lives.  By sharing the love of Christ, and meeting their material needs, they are able to show them that hope exists.  Through Jesus, they are shining light into the lives of Syrians fleeing the darkness of war and death.  Pray for their safety and continued blessings on them and the people they serve.

Psalm 22:24     "For He has not despised or scorned the suffering of the afflicted one; He has not hidden His face from him but has listened to his cry for help."