Warning To Parents: Kids Without God

As I often do, I have background "noise" while I write.  For some odd reason, it helps me to focus; silence seems to invade my thoughts and I start wandering.  But the other day, something caught my ear and I had to turn up the TV.  The commentator was speaking about an organization that sent chills down my spine, and then angered me.  It's one that you need to know about.

It is called Kids Without God, and it's stated purpose is to be a "site for the millions of young people around the world who have embraced science, rejected superstition, and are dedicated to being Good Without A God!"  At first you might think this is not too offensive, but let me take you further into their site.  Their official statement says, "Kids Without God was created and maintained by the American Humanist Association (AHA) in order to provide a digital resource for children, teenagers and parents who are interested in learning more about humanism and non-theism."
OK, just what is humanism?  Basically, it is a philosophy that values the individual thought and evidence of human beings over established doctrine or faith.  In other words, humans don't need God.  They can do it all by themselves.  And to entice young children to the site (and we all know that children can navigate the internet and computer as well or better than adults), they introduce a cute little dog, named Darwin, to teach the kiddos about right or wrong.  Here are some of the 7 things that Darwin has promised to do:  (Darwin knows that doing all of these things is the best way to have lots of friends, and feel happy and satisfied every day.) 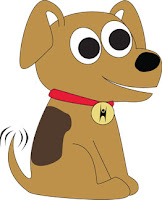 1.   I promise to be nice to other people, just because it's the right thing to do.
2.   I promise to help take care of the Earth, because this is our home and we need it to stay healthy and safe.
3.   I promise that before I say something or do something to another person, I will stop to think about how I would feel if somebody else said that or did that to me.
4.   I promise that I will help those who are sad or angry by being a good friend to them.
You get the idea .... nothing really harmful here.  These are good lessons for kids.  But it's when you get to the Teens section of the site, it gets a lot more scary.  Teens are encouraged to "learn about celebrities that are Good without a God, and to find resources on how to "come out as an atheist."  On this latter topic, I was horrified when I read the site's advice to a teen who asked how to talk to his parents who were, in his words, "very religious."  Their answer?  In an ideal world, you would be able to talk to your parents about anything, but that doesn’t work very well when your parents are locked into a narrow religiosity. Depending on how religious they are, their response could cause you problems while you are living at home.
Consider that you may not need to talk with them about what you think. It is actually none of their business. No one can control what you do in your own head. You may have to bite your tongue a lot, but it may be worth it if it saves you a lot of grief. When you get out of your parents’ house, you will be much freer to express yourself. For now, you can share your ideas with other freethinking friends at school or other places where it is safer to be yourself. 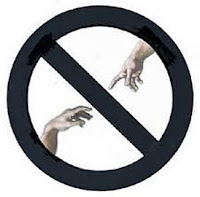 But that's not all!  They not only demonize the parents, but they go further, even suggesting that the teen might not be safe in his own home!  Here is more of their corrupting influence:  Religion thrives on thought control. By expressing an idea in an unsafe environment, you give your parents an opportunity to try and control what you think. If you keep your thoughts and ideas to yourself, you can still maintain a relationship without harming yourself.  Only talk to one parent at a time. Fearful religious parents will feed off of one another’s fear and soon you will be overwhelmed and feel like they are ganging up on you. Choose the parent you want to talk to, then make a date with them. Ask them to meet you at a coffee shop or in the Student Union. Semipublic places often help everyone keep control of their emotions.  The main thing to keep in mind is that you are a growing and independent person with a mind of your own. You have a right to develop your own view of the world.
I find this deplorable!  Do they really believe that coming between young children, or teens, and their parents is the right thing to do?  Somehow, I don't think this would pass Darwin, the dog's, smell test.
Then to win over any parent who might want to check into their organization, the site offers four personal stories; one each from a Mom, a Dad, a Grandparent, plus a Kid, on the joys of becoming a Humanist.  If that isn't enough to sway them, there is a section titled "Helping Our Kids Become Humanists", where they instruct parents on helping their kids with the processes of learning; helping them to come up with their own answers. If we teach the processes properly, the kids can be pretty much responsible for their own acquisition of the content. They will become humanists, using and developing their own skills, rather than being indoctrinated.
There's so much more!  The site offers ways for kids to fight for their rights (legally, so they don't get arrested!), tells kids that Christian holidays are really pagan celebrations, and how .... this is unbelievable .... that Texas was almost a Communistic utopia!  Unbelievable!  As you dig deeper into the site, it becomes more outrageous and subversive.  I invite you to peruse the site for yourself.
So, I ask you .... does anyone else find this organization to be disturbing?  And dangerous to the framework of the Family?  It is one thing to offer an alternative to faith, but to encourage children to be fearful of their parents, just because they do have faith crosses the line.  And then to say that it is none of their parents' business what they think, is just one step away from indoctrination .... supposedly, the very thing they are against.  They seem to be saying kids don't need any guidance, counsel or direction as they mature; they're perfectly able to make all the right decisions.  I shudder when I think of some of the things I was thinking in my teen years.
I bring this information to you because we all  need to be aware of the stealthy ways that these kinds of organizations are attempting to reach our children.  They endorse deception and division between children and their parents, not to mention an anti-God agenda.  And they do it all openly on the internet.  It is just one more way that Satan tempts us; begin when they're young and tell them they own the world.  They don't have to listen to their parents, and they know as much as any god;  in fact, they are their own god.  Does Eve and the Serpent come to mind?  "Lead us not into temptation, but deliver us from Evil."

Postscript:  This should also be a message to us to respect all faiths; to avoid discrimination and indoctrination between us.  Faith, if it honors the Lord, serves all mankind.

Isaiah 30:9-10     For these are rebellious people, deceitful children; children unwilling to listen to the Lord’s instruction. They say to the seers, “See no more visions!" and to the prophets, “Give us no more visions of what is right! Tell us pleasant things, prophesy illusions."