Just when we thought it was safe to go back into the water, there is another dangerous entity circling our lifeboat.  Recently two potentially harmful UN treaties were defeated, or at least stalled.  First, what has become known as the Small Arms Treaty was halted when the U.S., and then later, Russia and China, all asked for more time to consider the ratification of a treaty that sought to regulate the worldwide sale of guns.  Opponents of this treaty feared that it would be the beginning of limitations on our Second Amendment rights. 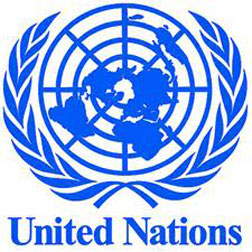 Secondly, the Law of the Sea Treaty (LOST) was defeated in the U.S. Senate.  According to The Washington Times, "Critics of the treaty argue that it would subject U.S. sovereignty to an international body, require American businesses to pay royalties for resource exploitation and subject the U.S. to unwieldy environmental regulations as defined."   In simple terms, LOST called for the redistribution of both technology and wealth from developed countries to undeveloped countries.  It also had an environmental element in the treaty; all parties to the treaty are required to adopt pollution regulations and laws to protect the oceans.  It is my understanding that countries would be limited to claiming a 12-mile offshore area as their own, and economic zone limits were also to be established.  Does anyone believe in national sovereignty and jurisdiction anymore?  That's enough for me! Thank the Lord!  At least there are still some patriots in the U.S. Senate.
But don't let your guard down.  According to South Carolina Senator Jim DeMint, there is another treaty on the horizon that should be drawing our attention.  According to an article at World Net Daily, it's called the United Nations Convention on the Rights of the Disabled, which calls for government agents to supersede the authority of parents of disabled children and even covers abortion.  First of all, I don't know if you've noticed, but the last few treaties proposed by the UN have done a pretty good job of bypassing the sovereignty of our Constitution.  And now they want to supercede the authority of parents?!?  Of course, Progressives in our government (pick a political Party; any Party) will tell you that it will increase the rights of all disabled people across the globe; old limits will be dissolved and new opportunities will arise.
But Senator DeMint warns that it's all a smokescreen.  “When you look at the language in the treaty you realize there are other things at stake here. There is a lot of language in there that has nothing to do with disabilities, and is more likely to push the U.S. toward more international law.”  Here's the basis for the fear:  the more we get entangled and intertwined with international law, the more federal judges are going to be upholding international law over Constitutional law.  And any law that displaces parental authority is a bad law. 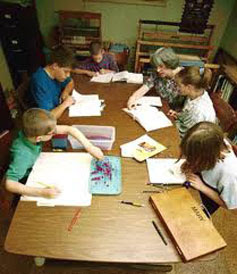 What has all this to do with homeschooling, you ask?  When international law is being seriously considered as becoming the law of our land, parents have the obligation to know how it will affect their authority.  And a recent letter by a Swedish Ambassador to  Missouri Senator Roy Blunt expressed a most alarming tone.  In another WND article, Ambassador Jonas Hafstrom was quoted as saying, “The government does not find that homeschooling is necessary for religious or philosophical reasons."  Why should we care about what a European ambassador has to say about homeschooling?  Because Sweden has made homeschooling illegal, and has issued a statement that all children must be taught the state-mandated beliefs because it is their right.  And once this attitude takes hold as international law, these tyrannical treaties that we sign will give our government authority over our children.
Michael Donnelly of the Home School Legal Defense Association (HSLDA) is concerned enough that he is sounding the alarm.  The association further cites a new education act in Canada that "assumes that the government should dictate what each and every child should learn – including formative issues such as religion, human sexuality and sexual orientation. In the situations in Canada and Sweden, we see a one-size-fits-all approach to education that seeks to restrict, if not deny, a parent’s ability to teach what they believe.”
See, here's the point.  As we become further and further entrapped by the UN, and as we allow ourselves to be governed by international law, it won't be long before some international body is telling you what your children are allowed to be taught.  As the article notes, this is not a far cry from Hitler's Ministry of Education and the control of German youth as he gained power.
I know this may sound a little reactionary, and perhaps even far-fetched.  But I doubt that anyone can argue that these UN Treaties are being arranged without the knowledge of the American people, and they most certainly do not maintain our sovereignty or Constitutional guarantees.  There should be no more sacred relationship than that of a parent and a child.  And when our government betrays parental authority, and relinquishes it to an international body and set of laws, then we must fight to protect our children.  Read up on this new attempt to surrender our rights.  Stay informed.  If you believe a parent should have the final say in their child's education; and should have the freedom to homeschool if they desire, then you need to get in the trenches.  Because this is no less than a fight for the minds and the education of our children.

Deuteronomy 4:8-9       " And what other nation is so great as to have such righteous decrees and laws as this body of laws I am setting before you today? Only be careful, and watch yourselves closely so that you do not forget the things your eyes have seen or let them fade from your heart as long as you live. Teach them to your children and to their children after them."

Email ThisBlogThis!Share to TwitterShare to FacebookShare to Pinterest
Labels: Liberty and Freedom, Protect your Rights, UN