SCOTUS and Obamacare: The Death Knell of the Constitution

I don't even know where to start.  I was as stunned as the rest of America when I heard the decision by the Supreme Court on the Affordable Care Act.  According to a standard Government class in high school, here is how the role of the Supreme Court is defined:

The Supreme Court is the final judge in all cases involving laws of Congress, and the highest law of all is the Constitution.  In essence, the Supreme Court is like a "referee" on a football field. The Congress, the President, the state police, and other government officials are the players. Some can pass laws, and others can enforce laws. But all exercise power within certain boundaries. These boundaries are set by the Constitution. As the "referee" in the U.S. system of government, it is the Supreme Court's job to say when government officials step out-of-bounds of these rules and boundaries.


But it seems to me that Chief Justice John Roberts decided to not only set new boundaries, but actually apply rules of a whole new and different game.  It was as if the Court started out playing football, and he ended up declaring that Congress had won by the infield-fly rule. 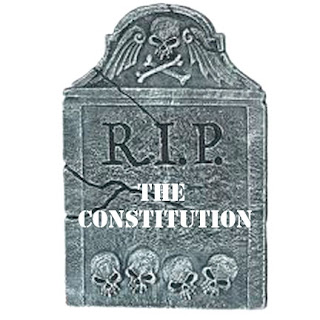 In simple terms, this is what Roberts did; he changed the meaning of a law after it was passed, so that he could establish a Constitutional basis for it.  I wish I could understand and explain why he did it.  There are so many rumors and innuendos, and one thing is sure .... we will probably never know what really happened during the debate in that chamber, and why he ruled the way he did.
But we do know the consequences of his disastrous decision.  Now that he has ruled that Obamacare is a "tax" on the American people, and is constitutionally sound, every hard-working American will be forced to pay a "compulsory contribution" to the cost of this so-called service.  Because that's what a tax is....compulsory.
Because you see, there will be a tremendous cost; $1.76 trillion according to the Congressional Budget Office.  And someone will have to cover that cost.  That's $1,760,000,000,000 if you want to see all the zeros.
And here are some more interesting facts from the CBO:  Four million Americans can expect to lose their employer-provided healthcare by 2016, according to the revised figures; far more than the 1 million people estimated last year. And 1 million to 2 million fewer people will gain access to the law’s subsidized exchanges than first thought, while an extra 1 million are expected to qualify for Medicaid and the Children’s Health Insurance Provision (CHIP).
So, back to covering that cost.  The Federal Government has no other way to make revenue to pay for such programs except to tax us.  While some may opt to pay the lesser fine the first few years than be coerced into buying health insurance they don't want, the burden for paying for private insurance after your employer drops those benefits will soon bring hardship and distress on the American citizenry.  Your share of the "tax" to pay for that $1.76 trillion price tag will force you into a Government healthcare program, and that will ultimately be the end of true patient-controlled health care.
But even sadder for me, this decision means the end of Limited Government, Checks and Balances, and Self-Determination.  We, as individuals, no longer have the protection of the Constitution.  When one man can change the definition of a law and use the Constitution to support a false premise, then there is no backstop for freedom and individual liberty.
I have heard some proclaim a victory because  the Court ruled that the Commerce Clause cannot regulate inactivity.  That should never have been argued in the first place, since the Constitution makes that perfectly clear.  So that is a hollow victory at best.
While I abhor increased taxes to pay for programs that enslave us, I am even more heartbroken at the damage this decision does to our legal system.  If words can be twisted and new definitions applied to passed laws, then where lies the security of a free people?
Our God gave us the wisdom to set up a system that protected the rights He gave us.  And now we have deliberately destroyed that protection.  Take one last look at Liberty.  This is the way it is defined in the dictionary:  the state of being free within society from oppressive restrictions imposed by authority on one's way of life, behavior, or political views.  I think the Supreme Court of the United States just made that definition obsolete.