In case you are unfamiliar with this new political action committee, I want to tell you about one of the most exciting and dynamic assemblies to appear on the US political scene in quite some time.  FreePAC is a national grassroots gathering of Americans interested in restoring freedom from the bottom up: in their neighborhood, in their state, and in their country.
The gathering was sponsored by FreedomWorks, an organization founded by former U.S. House Majority Leader Dick Armey.  But the man out front of this network of hundreds of thousands of grassroot volunteers is President Matt Kibbe.  Mr. Kibbe is an economist and well-respected national policy expect, and he is recognized as one of the masterminds of Tea Party politics. 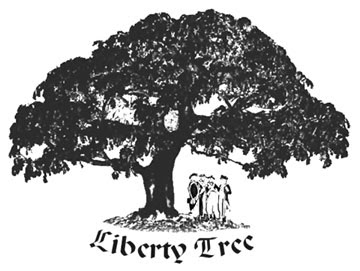 And on Thursday evening of last week, he assembled a group of honest, hard-hitting, liberty-loving leaders of the Tea party movement to speak to over 14,000 Americans in Dallas, Texas.  Now, normally, I'm not a fan of PACs and their partisan shenanigans.  But this group of speakers are newcomers on the scene; not entrenched politicians --- folks like you and me who got tired of seeing our country go down the tubes and are standing up, speaking their minds, and fighting in the trenches to return us to our Founding principles.  And they are fighting as Conservatives and Libertarians; sick and tired of the political machines of both Democrats and Republicans.  They are finding their feet as citizen activists and becoming established as leaders in a growing grassroot movement.  Here are some highlights of the real, honest-to-goodness, from-the-heart speeches that excited me:
Dana Loesch - a former Liberal, Dana began re-evaluating her political views after the September 11th attacks.  She is currently a conservative talk show host and blogger, recently hired by CNN to represent the Tea Party perspective.  Dana took the stage like a caged lion.  Bold in her comments,  she called out the media for their poor journalism in reporting the Colorado and Tucson shootings.  She berated them for immediately concluding that both crimes "must have been committed by a Tea Party member."  She taunted them by proclaiming that the internet has liberated us from mainstream media.  "We own talk radio," she shouted, "and we dominate cable news and the blogosphere.  And we're now ready to capture entertainment and Hollywood!"  One gets the feeling that the "America bashers" on the airwaves have just met their match!
John Fund - John has been on the scene for awhile as a political journalist, columnist and writer for the Wall Street Journal.  But this particular evening, he took the gloves off.  He spoke about something no one in the mainstream media, or on either side of the aisle wants to confront .... election fraud.  He wasn't afraid to point out the tactics that have been used in the past by Acorn and other organizations that President Obama has trained in his role as community organizer.  He warned that there are thousands of lawyers sitting on the sidelines, ready to throw this upcoming election into chaos if the results are close.  He urged everyone to get involved on the grassroots level to monitor each polling place to make sure that this election is as clean as possible.  Because, he warned, the stakes are high and there are powers that want to win at any cost.
Deneen Borelli - a member of Project 21, a network of black conservatives, Deneen was courageous in her speech.  She bravely called out black leaders like Jesse Jackson, Maxine Waters and Eric Holder for  misleading the black communities, even confronting Holder on attacking white Americans for being "cowards".  A slight, quiet-spoken woman, Deneen stood stall, head erect and shouted to the audience, "Who's the coward, now?  Where are the records on 'Fast and Furious'?"  She then challenged the audience by asking, "Who is going to stand with me and hold the line for liberty?"  She left the stage to thunderous applause.
Reverend C.L. Bryant - This man is an outspoken Baptist preacher, radio host, and former NAACP Chapter President.  And I believe he was my favorite speaker of the night.  He commanded that auditorium and delivered a speech that gave me chills.  He wasn't afraid to say that the reach and the scope of Big Government is the new plantation, enslaving Americans to entitlements and government handouts.  With a fiery delivery, he pronounced, "My great-grandfather fought in the Spanish American War; my grandfather fought in WWI, and my father fought in WWII.  They didn't give us this country, bought with the blood of their brothers on the battlefield so that we could be divided!  They gave us this country so we could be FREE! ..... IF we will not surrender it!"  He went on to say, "We are Americans and we will not bow down to any earthly king; we derive our power from our Creator!"  I was on my feet shouting at the TV, "Amen, Brother!"
As I watched the rest of the FreePAC presentation, there were the obligatory speeches by politicians.  But they generally paled in comparison to these grassroots activists, with the exception of Senator Mike Lee of Utah, and Indiana Senate candidate Richard Murdock.
But as I sat and watched these people, I found myself gaining some hope.   Four years ago, they were normal citizens and then became energized by the deterioration of our country.  I am encouraged by the energy and the commitment and the determination they have.  They are outspoken patriots, and they come from 200 years of American tradition; of citizen activists who are willing to fight for our freedoms.  They love God and they recognize His part in the founding of this country.  They will not sit idly by while this land is destroyed.  They will do their part and they will do it with the pen, and with the microphone, and until their last breath.
That night I saw America as we truly are; lovers and defenders of freedom.  And to give you an idea of how inspirational our love of liberty is, there were representatives of Tea Partys from Japan, Austria, Australia, Greece and Italy.  They don't even have the Tea Party as part of their history, but what it stands for is a beacon to all men.  Thank you, God, for giving us hope!

Psalm 37:9     "For those who are evil will be destroyed, but those who hope in the LORD will inherit the land."
divided by gender, race, or c
Posted by Pam Kohler at 7:00 AM