They Should Just Look Pretty and Keep Their Opinions To Themselves!

I just can't take it anymore!  I've kept my mouth shut for long enough!  So allow me to vent today and I promise I won't mention such foolish talk again for awhile!
In case you aren't an exuberant viewer of Real Time with TV host Bill Maher, then you probably missed his interview with Hollywood starlet Eva Longoria.  She voiced her .... ummm .... "informed" opinion on the upcoming election.  Hispanic voters, she declared, would not be moved to vote for Mitt Romney simply because he might appoint a Hispanic as his running mate.  "The mere thought of it would be insulting," she stated.  After all, we all know that Mexico was "occupied" by the United States. 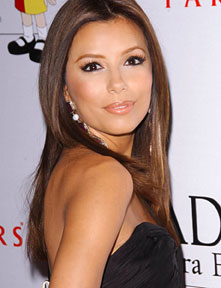 Well now, Ms. Longoria must not have been paying attention in her Corpus Christi, Texas history classes.  First of all, she needs to learn what "to occupy" a country really means.  According to the dictionary it means taking control of a country by military conquest or settlement.  A simpler explanation is that your military has defeated their military; you have taken over control of the country against the inhabitants will.
In reality, Mexico was occupied --- but by Spain!  If she had bothered to get her facts straight, she would have known that the Spaniards occupied Mexico for some 300 years and even the word Hispanic was used by the Romans when they occupied what now is Spain. So, the Spanish language that is spoken across Latin America is a result of Spanish occupation. Likewise, it was Spain that occupied Mexico for hundreds of years.  Incidentally, according to Wikipedia, Eva's ninth great-grandfather, Lorenzo Suarez de Longoria, emigrated from Spain in 1603 to a portion of New Spain, which later became modern-day Mexico.  In 1767, her seventh great-grandfather received almost 4,000 acres of land along the Rio Grande in a land grant from the King of Spain. This land stayed in the family for over a century.  So, if I've got this figured correctly, her Spanish ancestors actually participated in the historic occupation of Mexico!
Because Ms. Longoria needs to brush up on her facts, let me give her a few:  in 1846 the Mexican-American war began in the wake of the 1845 U.S. annexation of Texas. Mexico considered Texas part of its territory despite the Texas Revolution nearly a decade prior. Mexico never acknowledged Texas’ independence.
Ultimately, the Americans won the war with Mexico, but on February 2 ,1848, the two countries signed the Treaty of Guadalupe which stated that U.S. troops would withdraw from Mexico, including Mexico City and take ownership of the Southwestern United States.  What’s more, the U.S. agreed to BUY the land from Mexico for $15 million, even though it was won fair and square in victory, and there was no obligation to do so.  At no time did the United States occupy nor rule Mexico.  Remember, "to occupy" means you have taken control of a country by military conquest or settlement.   The United States bought the land it had won in war and did not subject Mexicans to our form of government nor did it leave troops stationed in the country.   Tell me, Ms. Longoria, what other nation has PAID for land it won in war? 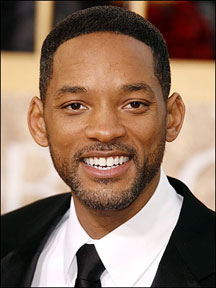 But she is not the only misguided citizen of the West Coast Babylon.  Will Smith, like so many other "compassionate" Hollywood citizens are comfortable with taxing the rich and the concept of everyone giving their "fair share" -- up to a point.  In the past, Smith voiced his acceptance of the Administration's call for higher taxes on the rich.  “I’m very supportive of that idea,” Smith told The Associated Press in an interview. “America has been fantastic to me. I have no problem paying whatever I need to pay to keep my country growing.”
First of all, I'd like to point out that Mr. Smith seems to be confused on just WHO has been fantastic to him.  Was it the government that bought all those CDs in his early career as rapper, The Fresh Prince?  Was it the government that bought all those movie tickets and made him a box office megastar and the only actor to have eight consecutive films gross over $100 million in the domestic box office?  I Don't Think So!
And like most Hollywood stars who drink the kool-aid called socialism, he doesn't have a real clear picture of just what the leaders of the world mean when they talk about taxing the rich.  As he was being interviewed by French television last week, he seemed to agree with French President-elect Francois Hollande's tax policy, which mirrors the "distribution of wealth" rhetoric we are hearing in our own country.  That is, until he realized that Hollande proposes a 75% tax rate on those earning above 1 million euros.  As of today, (as the dollar continues to decrease in value), it is worth $1,271,196.56 --- which, I am sure, is well below Mr. Smith's (and his entire family's) earning level.  Needless to say, he appeared shocked at this revelation and maybe, just maybe, it will make him think twice about supporting higher tax rates.  Because you see, Will, eventually it WILL affect you, too!  Besides, as we all know, no one is stopping you from paying more if you feel like you want to "give back" to the country who has been so good to you.  Perhaps you just feel that giving a little extra is OK; that is, until it starts to hurt.  Join the crowd, Will!  We are all hurting!
So while I couldn't care less what the materialistic, misguided and misinformed celebrities think, know or do, I find it incredibly annoying that their opinions are given so much credibility.  They don't even know what they don't know!  And they will be the first to be swallowed up when the SHTF.  So bon vivant, Eva and Will!  Enjoy your social and luxurious lifestyle .... while it lasts.

Psalm 49:10    "For all can see that the wise die, that the foolish and the senseless also perish, leaving their wealth to others."