It's A Small World After All

Let's contemplate the opening lyrics of Disneyland's iconic song, "It's A Small World": 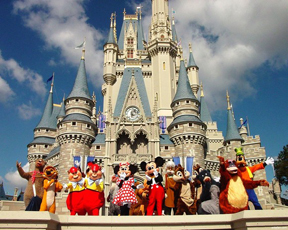 I'm afraid Disney is going to have to share this whimsical little song with the Occupy movement and their radical supporters.  At the recent Left Forum 2012, a rally for liberal thought, Frances Fox Piven took to the podium and made her presentation. 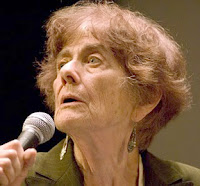 In case you don't know who she is, she is a renown leftist professor and activist.  She has largely stayed in the shadows, but as the chaos of the world grows, she is becoming bolder in her pronunciations. So what did she have to say that has caused such alarm?  Here are a few of her declarations:
There are many that thought ("hoped" is a more realistic word) that the Occupy movement would go the way of the winter winds.  Not so fast!  As evidenced by the approval of Piven's audience, they are only going to get stronger.  The Occupy movement has called for a General Strike on May 1st; a day of economic disruption.  This is a strike "for migrant rights, jobs for all, a moratorium on foreclosures, and peace – and to recognize housing, education and health care as human rights, and calls for the building of a broad coalition to make that a reality.”  Do you think they want to promote the prosperity of America, or do you think they have the destruction of capitalism in mind?
And it is not just the economy they want to destroy.  Faith, Religion, controlling what we eat, the ecology, and much more are in their cross-hairs, too.  Read another quote by Piven, "There is room for all of us.  Religious leftists, people who think peace is the answer, those who think that wholesome food is what we really need, ecologists and old-fashioned Democrats, Democratic Socialists, Socialists and Communists."
First of all, we need to realize that this is a master-minded coalition of radicals who have co-opted religion, our university and educational systems, and even presume to dictate what we eat and how bee pollen is harvested!  If you are a student of politics at all, you know that Communism has to destroy God; Communism and Faith cannot co-exist.  Why do you think they are attacking the Catholic Church?
And the sad thing is that our younger generation is being used.  They think they are fighting for the rights of "have nots"; instead they are just "useful idiots", as Karl Marx called his followers.  Our younger generation doesn't have a clue that they are just the puppet and there is a Master controlling the strings. 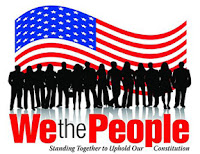 So how do we counter such a formidable alliance?  We can take a lesson from how these coalesced groups operate.  We have to overcome our differences and join together --- Jews and Evangelists; Conservatives and Liberals; Democrats and Republicans.  It may sound trite and over-used, but our future as a free country is at stake!  The radical coalition has been unifying for decades.  We are behind the eight-ball and must unite in a covenant for Liberty.
We must get off our couches, educate ourselves and get in the fight!  Start in your sphere of influence; educate your children about the true tenets of citizenship, and support your local authorities who believe in the goodness and greatness of America.  Do not back down from the challenges!  We must stand up for Freedom in all areas -- Religious, Economic, Educational and Political.   And above all else, Pray!

Psalm 83:5    "With one mind they plot together; they form an alliance against you"