I wrote this post several days ago, before the advent of the Executive Order on March 16th.  There is a lot of rhetoric and panic on the web, and I want to do more research before I make a final conclusion.  But I have to say that in light of the concerns of our Founding Fathers, the Constitution is our only barrier between Freedom and Tyranny.  It is our duty to all who sacrificed their lives for Freedom to make sure this document is not destroyed.  We ignore these warning signs at our own peril.


There is an assumption in conservative and libertarian circles that government is, at its best, "a necessary evil."  On the contrary, the authors of the Constitution knew that, in the absence of government, people would violate each other's God-given (or "natural") rights.  They felt that government, properly done, and constructed on sound principles, is in fact, a "good" institution.
Separation of Powers is the central structural feature of the Constitution.  Any serious examination of this document reveals that powers are separated into three distinct branches:  Executive, Legislative and Judicial.  One of the original purposes of this separation was to prevent tyranny.  Before we can go any further, I guess we need to define exactly what this term "tyranny" means. 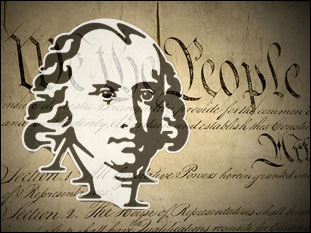 The original definition of tyranny, was written very succinctly in Federalist Paper #47.  James Madison wrote:  "The accumulation of all powers, legislative, executive, and judiciary, in the same hands, whether of one, a few, or many, and whether hereditary, self-appointed, or elective, may justly be pronounced the very definition of tyranny."
So it is when the accumulation of all the powers are centered in one set of hands, that we must be on guard against tyranny.  At varying times, throughout our history, one branch or another has seen the power tip its way.  The original intent of Madison was that no one branch of government should be involved in electing any other.  Well, we've seen how that works with appointing Federal and Supreme Court Judges, haven't we?
The Founding Fathers established the "Constitutional means" for good government, (i.e. the President has a veto power over the Legislative branch; the Judicial Branch has Judiciary review over the other two branches; and the Legislative branch has impeachment power over the President) and they understood that our innate human nature would provide both opportunities and challenges for the maintenance of this "good" government.
Their hope was that the government would consist of the creation of offices that an ambitious person would want; the source of their power would be the office (the office of the President or office of Senator, for example).  They would need to protect the Office, with a capital "O", --- if not, then one of the other branches would usurp their power.
BUT, as we have seen throughout our recent history, none of this works if people who hold these offices have no incentive to exercise their powers and defend "the Office". 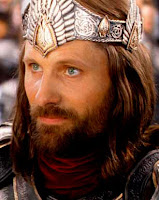 Let's face it, folks, there is no "Super Race of Men" who are fit to govern us.  There is no Viggo Mortensen who, like his character Aragom in Lord of the Rings, is a perfect, moral leader.  If given the opportunity, human beings will violate each other's rights.  Ideally, government would protect an individual's rights.
The problem arises when Government, with a capital "G", thinks it can create a "utopian" society, where individuals will be freed from all private concerns.  When they attempt to create this perfect system through economic policies, educational systems and the culture, you end up with disconnected, "public"-spirited bureaucrats, who seek more power for themselves through more staffs, more laws, etc.  That results in the tyranny of a Hitler or a Stalin.  It then becomes necessary to purge anyone who doesn't fit the mold; if they can't be reformed to forego private concerns for the public good, then they must be erased, as evidenced by the Nazi extermination camps and the Soviet gulags.
Make no mistake, human beings are ambitious in their nature, but if channeled through the Constitution, it's directed toward something useful; it's made to serve the public good.  It's when those in office become so consumed with maintaining their personal power, rather than the power of the office, that the public good is sacrificed.  I, for one, am a firm believer in term limits.  It then becomes about "the Office", and not the "Man in the Office",  just as the Constitution intended.  No wonder the Powers that Be continue to promote the irrelevancy of this historic document.

Galations 5:1      "It is for freedom that Christ has set us free.  Stand firm, then, and do not let yourselves be burdened again by a yoke of slavery."
Posted by Pam Kohler at 7:00 AM